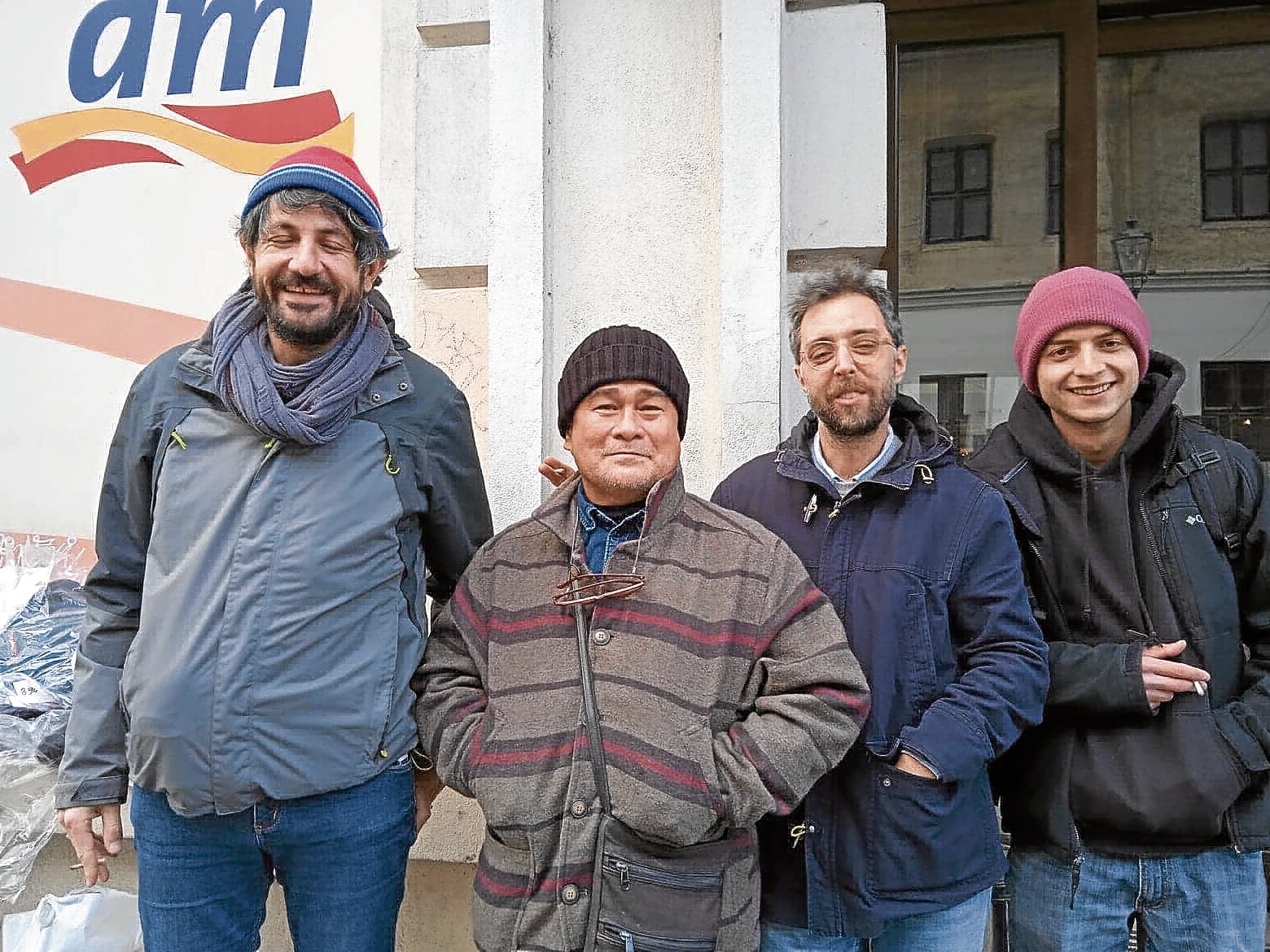 I was teary-eyed,” said Soliman Cruz of his reaction when a Filipino seaman, whom he only met for the first time, expressed pride over the fact that Soliman had agreed to work on an international film that centers on the lives of seafaring people.

Soliman said the incident happened when he was at Ninoy Aquino International Airport, waiting to board his flight to Bucharest, Romania, where the post-production work for the film “To the North” was to take place. Soliman left Manila on March 17.

“The man told me, ‘I read that you are going to make a film about our lives as seafarers. I’m happy about that. I know you will make us proud.’ I wasn’t able to reply to that right away. I was teary-eyed. He then said, ‘I’m also proud to be a Filipino.’ That was a really touching moment. For a short while there, akala ko ililibre pa niya ako,” Soliman quipped.

Filming for the Romanian drama, “To the North,” written and directed by Mihai Mincan, is set for three months and will take place both in Romania and Greece.

Soliman was picked to play the lead character, Joel, a religious Filipino sailor working on a transatlantic ship. He meets Dumitru, a young Romanian stowaway portrayed by German-Romanian actor Niko Becker. Moved by the fact that the frightened Dumitru is clutching a Bible, Joel decides to play a dangerous game in order to save the boy’s life.

The film will be in three languages, Bulgarian, English and Filipino, Soliman reported.

The actor was supposed to leave Manila on March 15, but problems with his working visa had caused a two-day delay of his trip. Soliman, while inside his hotel room in Bucharest, recalled to Inquirer Entertainment in an exclusive Zoom chat how he traveled on his own for 13 straight hours to Istanbul, Turkey, and then after a three-hour wait, took another hour-long plane ride to Bucharest.

“When I arrived here around lunch time, the producer greeted me at the airport and brought me to my hotel, where I met the director, Mihai. I had the rest of the day off. I began rehearsals immediately the following day,” Soliman recalled.

It was a Sunday morning in Bucharest when Soliman agreed to chat with Inquirer Entertainment. The following day, he and the team would be driving to the coastal city called Constantia, where they will begin filming. They will return to Bucharest on April 27, and then fly to Greece the following day, Soliman reported.

The role of Joel in “To the North” was really made for Soliman. He said Mihai first saw him in Lav Diaz’ “Norte: Hangganan ng Kasaysayan.”

“Lav and his style of filmmaking has a huge following in Europe. This director is one of them. He started looking for me as soon as he saw ‘Norte.’ He said he wrote Joel with me in mind,” Soliman said, adding that negotiations took four years to finish.

In Bucharest, Soliman had to rehearse with his coactors for two weeks. “Mihai is very meticulous. He wanted his actors to get the right tone. He also wanted cohesion even during script reading. We recited our lines again and again,” he recalled. “There were times when Mihai would leave us in the rehearsal room so we could discuss among ourselves what to do, and just come back a little later to give his comments. We would repeat scenes until he was satisfied. It was really tiring.”

Soliman said he had to adjust to Mihai’s filming process because in the Philippines, actors are used to receiving copies of their scripts a day before the shoot—or even on the actual day itself—and that not all production companies allot time for rehearsals because, for them, this is just an additional expense.

When asked to describe his character, Soliman said: “Joel works with three other Filipino seamen in the ship. He is a religious man. He decides to take care of the stowaway because he wants to prove that he is a good person. As the story progresses, his dark side is slowly revealed.”

Soliman said what started out as a simple act of kindness and compassion turned out to be a selfish move that resulted in negative consequences not just for Joel, but also for his Filipino colleagues. “He didn’t think of how it would affect the lives of his coworkers. He just kept thinking, it’s for me and my God,” he added.

Filipino actors Bart Guingona and Noel Sto. Domingo play two other Filipino seafarers. Another Filipino, who is based in Bucharest and works for a car factory there, will be included in the cast, Soliman said.

Soliman said he only realized recently that he would be in 80 percent of the film; “that I’m really the lead character here, and not just a supporting one. I got used to playing support all the time. Recently, it just dawned on me that the director counts on me to guide my younger coactors, two Bulgarians who just graduated from acting school. They’re still very young,” he shared with Inquirer Entertainment.

This will also be the longest time Soliman will be away for work. He said he expected he’d have a hard time adjusting. “It’s cold here, but it’s manageable. Whenever I had a hard time sleeping because of jetlag, I would go to the bar across our hotel to drink. I’ve already gotten close with the head waiter and barista,” he said, laughing.

“While people here are really focused on their work, they also take time to hear Mass. They go to churches in droves. I remember coming across a large group of people who were walking on their way to the church the first time I arrived. Repeatedly, they were making what seemed to me was the sign of cross. I felt like they were giving me a blessing,” he recalled. “Most of them, specifically the men, like approaching you to ask for cigarettes when they see you smoking one.”