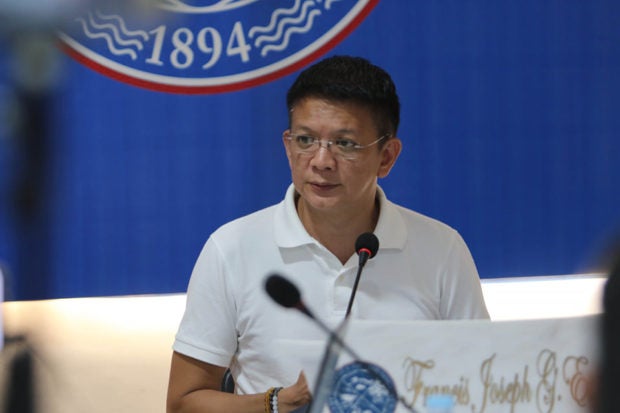 MANILA, Philippines—To avoid another incident of a “bill-vetoing spree” of Malacañang,” Senator Chiz Escudero on Monday urged the President to immediately appoint a “high-caliber Cabinet member” as head of the Presidential Legislative Liaison Office (PLLO).

Escudero made the call following Marcos’ veto of five measures approved by the previous Congress, including the tax exemption of the honoraria for teachers doing poll duties.

PLLO’s next chief must work with Congress to ensure “veto-proof” legislation is passed, according to the senator.

He or she must also have “the policy grasp and the political gravitas in helping craft laws that fuse the best ideas from the legislative and executive branches,” Escudero said.

“The presidential point person in Congress must wade into policy work and must know what provisions in a bill being discussed might run into opposition later in the executive circles,” he went on.

If the PLLO will merely report the ongoings in both chambers of Congress, Escudero said, “then that person is no better than a CCTV.”

The senator said that appointing a PLLO head will ensure a harmonious working relationship between the executive and legislative branches, as well as ensure that “months, man hours, and millions” spent crafting a bill will not be thrown away because a PLLO was “ineffective and inefficient.”

And while pushing for Malacañang’s advocacy in Congress,  Escudero said the PLLO must also persuade the Palace to see the merits of congressional counterproposals.

“Therefore, the chief PLLO must have the political savvy to build a sturdy two-way bridge that will facilitate the traffic of best ideas from both sides,” he said.

(If a Cabinet secretary gets a wrong position or a certain bill is defective, the work of a PLLO is to correct it and not to put consent.)

“Doing so will protect the President. Lawmaking is a series of compromises and reconciliations. The process has many points in which the PLLO can make suggestions,” the senator said.

Escudero said the appointment of a PLLO head must pave the way for the convening of the Legislative-Executive Development Advisory Council to discuss the administration’s priority bills and come up with a common legislative agenda.

Bongbong Marcos: Monkeypox not as scary as COVID-19