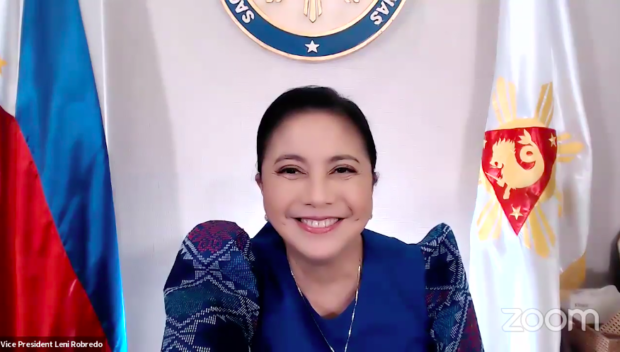 MANILA, Philippines — A coalition of labor leaders is pleased with Vice President Leni Robredo’s supposed acknowledgment of their workforce-oriented agenda, but they want something else from the presidential candidate in 2022.

According to the Alliance of Labor Leaders for Leni (All4Leni), while they support Robredo and Senator Francis Pangilinan’s bid for the presidency and vice presidency, they also want labor leader and lawyer Sonny Matula considered for the senatorial slate.

In a briefing on Tuesday, All4Leni said that Matula is a champion for the labor force, as he has firmly stood up against authoritarianism.

(VP Leni’s acceptance and agreement with our agenda only solidifies our basis to support her.  And we believe that we can forge more robust understanding and cooperation in pushing and attaining this agenda if there would be a labor force representative in the senatorial slate of the Leni-Kiko tandem.)

(With this goal in mind, we would like to inform VP Leni of our call to include Atty. Sonny Matula as the representative of the labor sector in her senatorial slate. Ka Sonny Matula is a known champion of the workers’ agenda, who exhibited a strong stand against dictatorship and authoritarianism in the country.)

The group said that they presented five issues to Robredo, namely:

• advocating for a national minimum wage

• pushing for universal healthcare and strengthening the healthcare system

Despite their suggestion that Matula be included in the slate, All4Leni said they would understand whatever decision Robredo makes regarding the Senate slate.

Last Friday, Robredo named 11 personalities to make up her Senate slate, but several supporters noted that Matula and long-time activist and former Bayan Muna lawmaker Neri Colmenares were missing from the slate — despite being in discussion with the Vice President.

Still, All4Leni believes that including a representative from the labor sector into the candidacy would bode well for the opposition.

(With democracy as a basis, having a representative from the labor sector is justified.  If possible, we want this to be acknowledged.  But we also understand that the decision of VP Leni is to unite different forces to ensure our victory in the coming elections.)

(Even so, we still believe that the chances of victory would significantly increase with a broad representation of the various sectors in her coalition.)

During the program, the group also unveiled several billboards that the group set up along major thoroughfares in Metro Manila, including one along EDSA-Mandaluyong, and two others on South Luzon Expressway’s northbound and southbound lanes, between Sucat and Bicutan.

Robredo is running in the 2022 national elections to unite the opposition, even as talks between other presidential candidates have failed.  She said she was running to prevent a government similar to the current administration and prevent the Marcoses’ return to Malacañang.

Robredo: If we can’t unify personalities, then we’ll unite the people