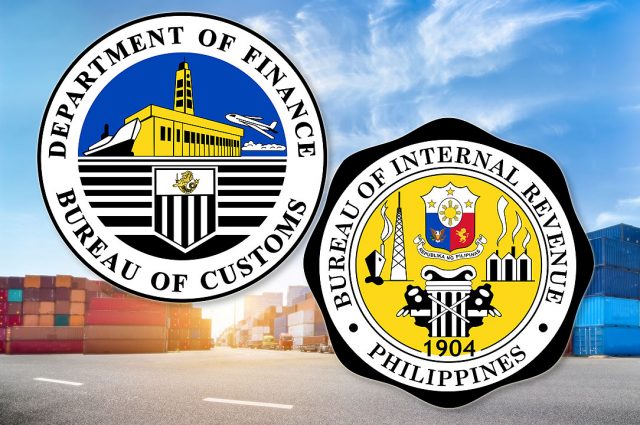 THE COUNTRY’S main revenue agencies are tasked to collect P3.106 trillion in duties and taxes next year to finance the government’s record P5.024-trillion national budget.

As the government continues to run on a deficit next year, budget documents showed it is looking to cut its borrowings to P2.47 trillion in 2022 as part of its fiscal consolidation program.

The collection goal for the Bureau of Internal Revenue (BIR) and Bureau of Customs (BoC) is 15% higher than the combined P2.7-trillion goal this year. This will also make up 99.4% of the projected P3.125-trillion total tax revenues next year, based on President Rodrigo R. Duterte’s budget message that was published on Monday after the proposed 2022 spending plan was submitted to Congress.

Meanwhile, the government has set its gross borrowing program for 2022 to P2.47 trillion, 17.7% lower than the P3-trillion borrowing plan in 2021 as it aims to ease its reliance on domestic loans, according to the latest Budget of Expenditures and Sources of Financing document.


“The financing strategy for the proposed national expenditure program for next year will be consistent with our fiscal consolidation strategy to further strengthen macroeconomic fundamentals and rebuild fiscal space,” President Rodrigo R. Duterte said in his budget message.

The government has set a 77:23 borrowing mix for next year, in favor of local sources, to mitigate the impact of external risks.

Broken down, the state is set to raise P353.5 billion from the international debt markets and other external inflows, and incur P126.7 billion in program loans and P80.37 billion in project loans.

The government runs on a budget deficit as it spends more than the revenue it generates. It is expecting the fiscal deficit to reach 9.3% of the gross domestic product (GDP) this year before easing to 7.5% in 2022.


“Our fiscal stance, which we have sought to maintain even in the midst of crises, will enable us to respond to the continuing challenges of this pandemic, and help us revive our economy and gradually revert to pre-crisis levels,” Mr. Duterte said. —