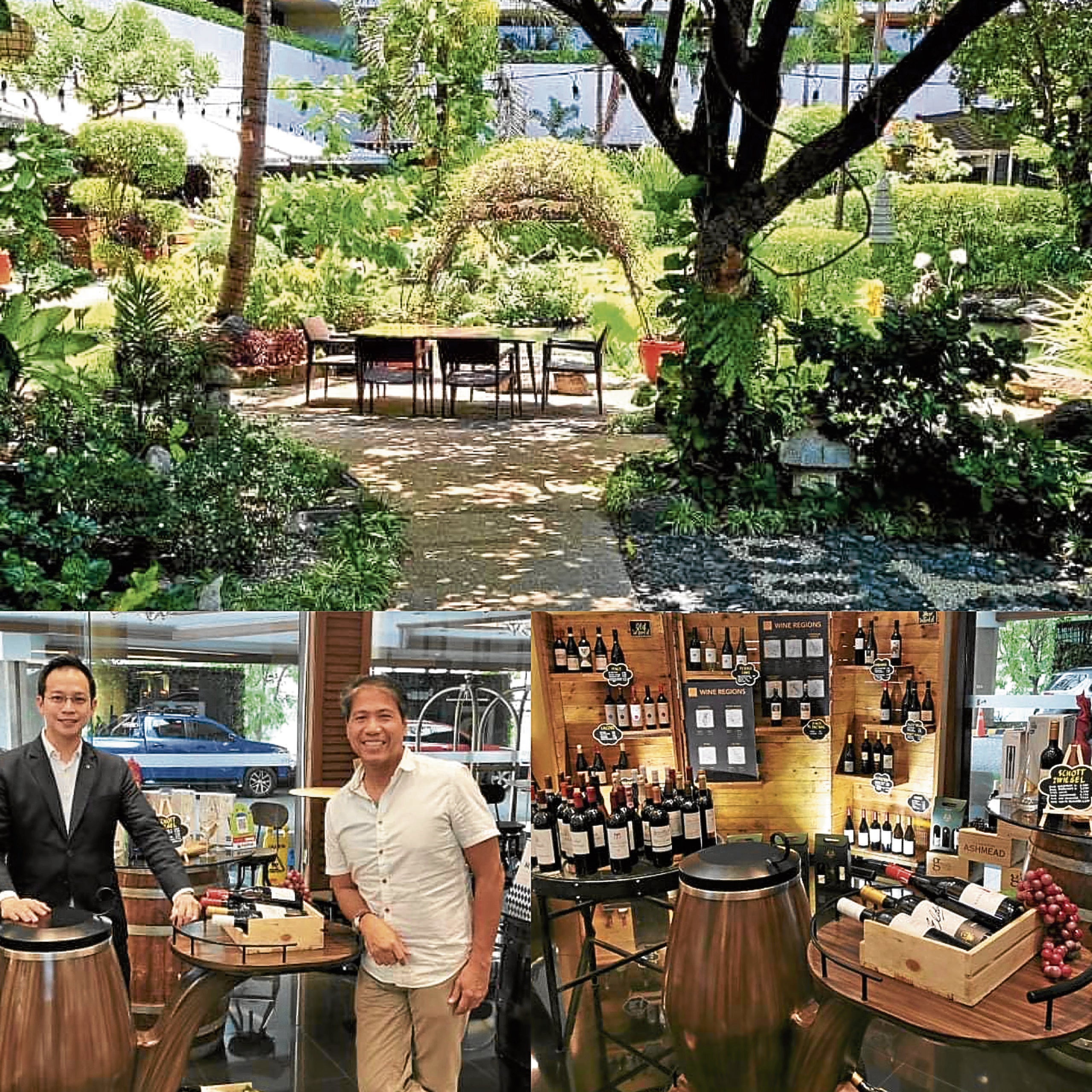 Father’s Day is coming next week so for those who are preparing to treat their fathers, here are two suggestions:

Wine at The Pantry

There are community pantries and then there is Dusit Thani’s wine pantry.

While the concept is not the kind where you give what you can and take what you need (magbigay ayon sa kakayanan; kumuha ayon sa pangangailangan), they do offer a good deal wherein you can buy bottles of wine at retail—not hotel—prices.

Dusit Thani has partnered with wine and liquor distributor, Don Revy, for this effort so they will be offering wines sourced from nine countries: Australia, New Zealand, Italy, Chile, Argentina, France, South Africa, Spain and the United States.

From France, they have wines from Bordeaux, Burgundy and Provence. From Italy, wines from Piedmont, Tuscany, Veneto, Sicily and Montepulciano. From Spain, wines from Rioja and Ribera del Duero. From New Zealand, wines from Marlborough, Hawkes Bay and Central Otago. From Australia, wines from Barossa Valley, McLaren Vale, Coonawara, Hunter Valley and Pyrenees.

From Chile, wines from Central Valley and Maule Valley. From Argentina, wines from Mendoza and Rioja. From the United States, wines from Lodi, Central Coast. And from South Africa, wines from Robertson, Western Cape.

The wine selection also includes Don Revy’s very own Pebble Lane brand, which is a favorite of restaurateurs everywhere for general pairing of the Sauvignon Blanc, Chardonnay, Merlot and Pinot Noir with various dishes.

The retail prices extend also to those dining at The Pantry or at any of the restaurants of Dusit Thani. Sounds like a deal that dads would love. For inquiries, call Dusit Thani at 7238-8888 or Don Revy at 8556-3312.

Another favorite of dads would be roast beef.

A really good, reasonably priced roast beef is made by Jack Ruvivar. His label is Smoke’n Sweets.

For Father’s Day, he has an offering of roast beef with mash and gravy as well as smoked ribs. For those who do not eat beef or pork, he also offers smoked salmon. He is offering this for only P1,800 a kilo or even a smaller portion of 275 grams with mash and gravy for just P500.

The beef is Kitayama Wagyu and it is smoked for five hours. This is a labor of love as he personally stokes the fire and moves the meats to ensure they are evenly cooked, sometimes working overnight or from 4:00 a.m. to 4:00 p.m. This is his talent: maneuvering and controlling the fire and smoke by adjusting the wood in his smoker.

They are actually also known for their pork ribs, brisket, stews and bacon which they sold at the Sidcor Sunday Market in Centris.

They are also offering their signature Pecan Pies for Father’s Day, which already has its own cult following.

As for dessert, here is something that is just mildly sweet but exceptionally delicious: the fresh bread pudding of Fortune Ledesma. She sells this under the brand Tooth Fairy.

Advance Happy Father’s Day to all the fathers! INQ