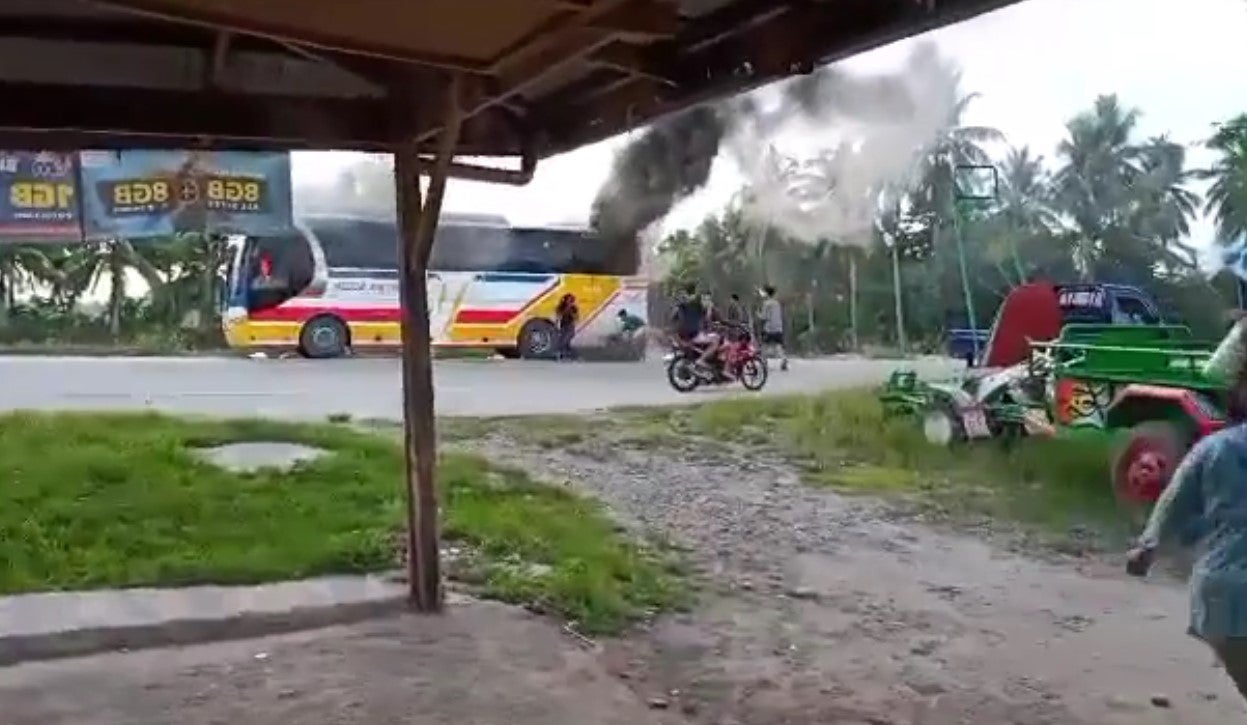 Smoke rises from inside a Yellow Bus Line bus after a passenger torched it on Thursday afternoon in Mlang, Cotabato. Photo courtesy of DXND Radio (Kidapawan)

KIDAPAWAN CITY — Three passengers were charred beyond recognition after a man set ablaze a bus traveling in Mlang town of Cotabato province on Thursday afternoon.

“They were trapped,” Tayong said in a radio interview.

The bus, owned by Yellow Bus Lines (YBL), was traveling from Kidapawan City to Mlang en route to Tacurong City in Sultan Kudarat province when one of the passengers allegedly poured gasoline at the rear portion of the vehicle and set it on fire.

The incident occurred at past 4 p.m.

One of the passengers, identified only as Elpidio, said he saw a man open a small container and pour its contents into the back portion of the bus. “Using a lighter, he set the bus on fire,” Elpidio told reporters.

YBL has repeatedly ignored extortion demands from armed men which could be the reason for its buses being bombed and torched in the past few years.