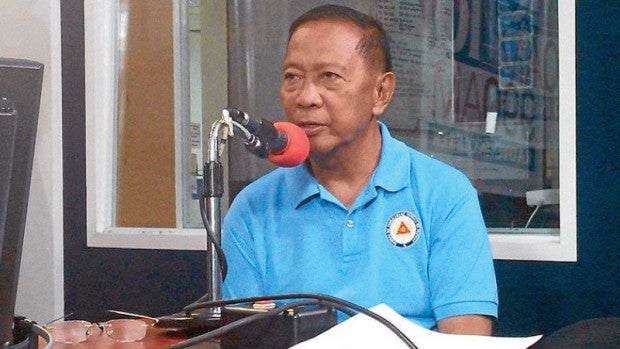 MANILA, Philippines — The creation of a COVID-19 bubble that includes Metro Manila and four nearby provinces is really a lockdown — except that the government does not want to acknowledge it, former Vice President Jejomar Binay said on Twitter on Monday.

“What’s in a name? The so-called ‘bubble’ is in reality a lockdown. But gov’t won’t call it a lockdown because it will be an admission of their failure, neglect, and incompetence. Stop blaming the people,” Binay said in his Twitter post.

His last sentence was apparently a reaction to an earlier remark of Health Secretary Francisco Duque II that the improper wearing of face masks and face shields, along with failure to follow other precautionary measures, might have contributed to the surge of COVID-19 cases.

What’s in a name? The so-called “bubble” is in reality a lockdown. But gov’t won’t call it a lockdown because it will be an admission of their failure, neglect, and incompetence. Stop blaming the people.

On Sunday, presidential spokesperson Harry Roque went live to announce that President Rodrigo Duterte had approved the proposal of the Inter-Agency Task Force on Emerging Infectious Diseases (IATF) to classify Metro Manila and the four nearby provinces as a single bubble under a general community quarantine to contain transmissions within the area.

The idea was to restrict travel to and from the bubble – allowing only essential trips and those done in an emergency.

Several additional restrictions — like the banning of mass gatherings and indoor dining in restaurants — are also enforced.

Despite this, Roque repeatedly said on Sunday that the bubble was not under strict lockdown, as establishments would still be allowed to operate and most people would still be able to report for work.

With the new terms used, social media sites were filled with memes about the government’s seemingly limitless classifications for COVID-19 quarantine levels, with netizens making jokes about the “NCR Plus” category.

The government has been called out several times for its poor management of the pandemic, even a year after most parts of the country had been placed under a strict enhanced community quarantine.

On Monday, the Department of Health recorded 8,019 new COVID-19 cases — the highest single-day increase recorded since the pandemic reached the country and the fourth consecutive day that new cases reached over 7,000.

Despite the criticisms, Roque stressed that the government had been doing an excellent job in managing the health crisis until the new variants of concern caused faster COVID-19 transmissions.

He also shot down remarks that the administration should be blamed for the rise in cases, as the hashtag #DutertePalpak trended on social media.

As #DutertePalpak trends, Palace claims COVID-19 surge not due to gov’t incompetence