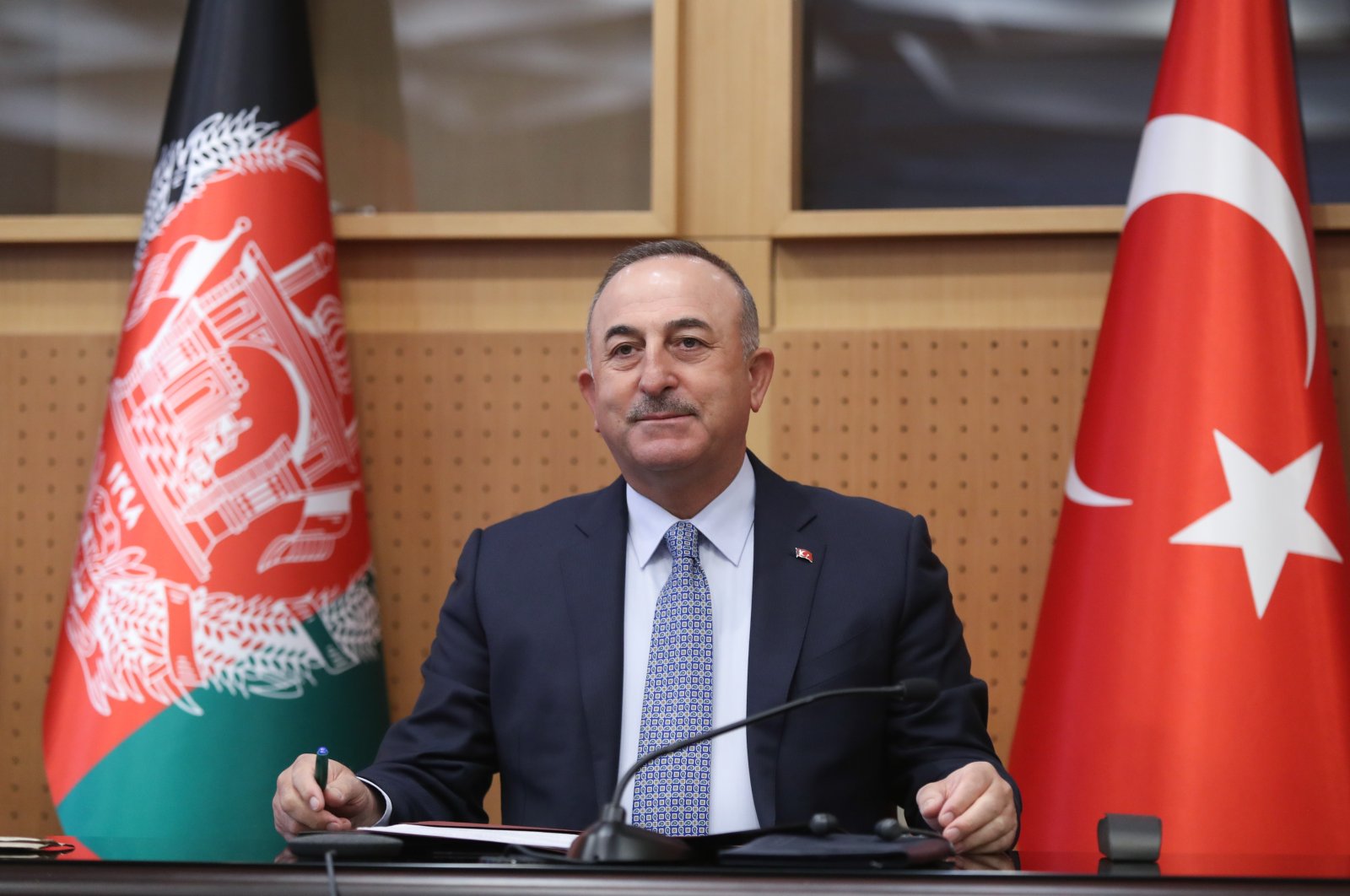 Turkey has been contributing to the security of Afghanistan and will keep its presence in the country as long as its Afghan brothers demand it, Foreign Minister Mevlüt Çavuşoğlu said Monday.

Addressing a ceremony to mark the 100th anniversary of diplomatic relations between the two countries in Afghanistan’s capital Kabul via a virtual message, the Turkish top diplomat noted that bilateral relations have been shaped around the common history and culture of two nations, saying: “Our people have always sided with each other in their most problematic times. During the most difficult periods of our War of Independence, the recognition of our Government of the Grand National Assembly by Afghanistan gave our nation strength. Turkey became the first country that opened an embassy in Kabul. While young Turkey continued its development on the side, on the other side it supported Afghanistan’s efforts to be a self-sufficient strong nation.”

Underlining the close cooperation between the two countries in international platforms and multilateral mechanisms, Çavuşoğlu added that they have also acted together against terrorist threats.

Noting Turkey’s aid efforts for Afghanistan during the pandemic, the minister also said that Turkish troops’ support within the NATO mission to Afghan has contributed to the security of the country and will continue as long as its Afghan brothers demand it.

The Turkish Parliament in late 2020 approved a motion to extend the deployment of Turkish troops in Afghanistan for 18 months as part of NATO’s support mission in the war-torn country.

The initial legislation took effect on Jan. 6, 2019, that allowed the Turkish government to send troops to Afghanistan to support the NATO-led mission Resolute Support. After ending the 17-year combat mission in Afghanistan in 2018, the mission has evolved into training and advising the nascent Afghan security forces. Around 12,000 foreign troops from 28 NATO allies and 14 other partner nations agreed to support the NATO mission in Afghanistan. The legislation that was first passed in 2015 also grants the government authority to permit foreign army personnel to be transported to and from Afghanistan through Turkey.

Afghanistan was also one of nearly 150 countries to which Turkey has provided humanitarian aid over the course of the coronavirus outbreak, making it the world’s third-largest provider of aid during the pandemic.

Çavuşoğlu said the recent negotiations between different sides in Afghanistan are an opportunity for peace, and Turkey will continue to support these peace efforts.