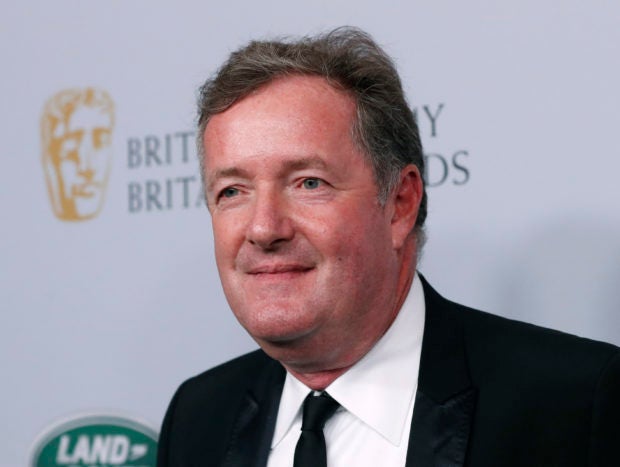 LONDON — Journalist and television presenter Piers Morgan left his high-profile breakfast slot with the broadcaster ITV on Tuesday after his long-running criticism of Prince Harry’s wife Meghan reached a crescendo over the couple’s interview with Oprah Winfrey.

ITV confirmed the departure in a terse statement.

Morgan, 55, a former presenter on CNN, has accused the couple of damaging the royal family and seeking publicity on their own terms without accepting the responsibility and scrutiny that come with their position.

Morgan dubbed Meghan “Princess Pinocchio” in a tweet, and said on Monday that he did not “believe a word she said” in the interview.

Morgan‘s comments triggered more than 41,000 complaints to Britain’s media regulator, which announced an investigation under its “harm and offence” rules.

Morgan, a prolific tweeter who has 7.7 million followers on the platform, posted a ticking clock shortly before ITV’s statement.

Carolyn McCall, the chief executive of ITV, had said earlier that she believed Meghan “completely”.

Morgan did qualify his original comments on Tuesday, saying:

“I still have serious concerns about the veracity of a lot of what she (Meghan) said, but let me just state for the record about my position on mental illness and on suicide.

“They should be taken extremely seriously and if someone is feeling that way they should get the treatment and help that they need every time, and if they belong to an institution like the royal family and they go and seek that help they should absolutely be given it.”

Government ministers, celebrities and members of the royal family have all felt the lash of his tongue.

During the COVID-19 pandemic, he has pressed the government repeatedly to explain why Britain has one of the highest death rates in the world. Ministers boycotted the show for months.

Such is his influence that many newspapers write daily stories on his Tweets and comments.

Morgan made his name in the cut-throat world of the British popular press, the “tabloids”, becoming the youngest editor of a title at 28 when Rupert Murdoch appointed him at the News of the World. He later ran the Daily Mirror.

Morgan later moved into television, appearing as a judge on the reality shows America’s Got Talent and Britain’s Got Talent, and spent three years hosting a poorly received chat show on CNN, replacing Larry King.