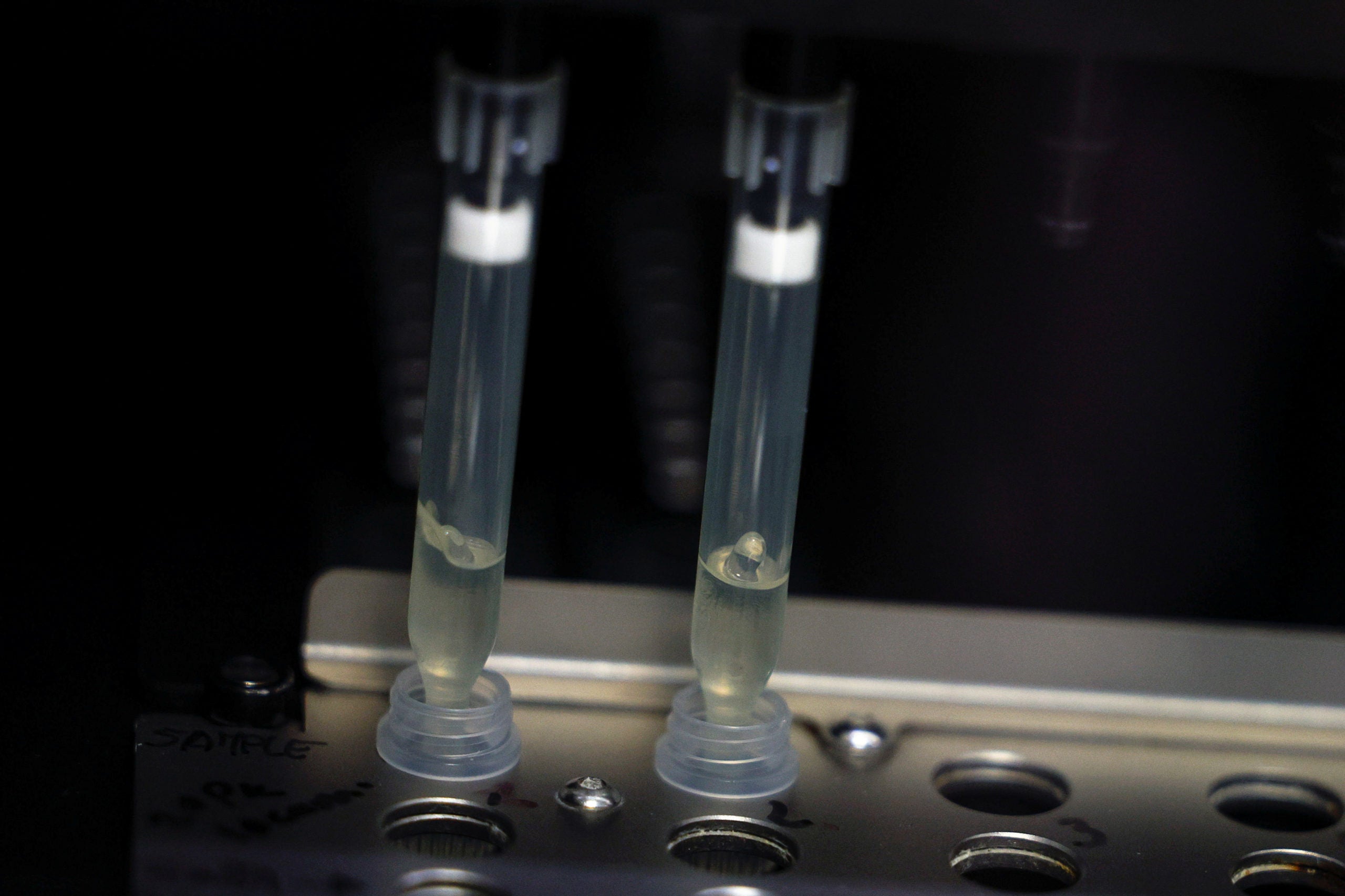 Two samples of suspected cases of monkeypox go through a process of nucleic acid extraction as they get tested at a microbiology lab at La Paz Hospital in Madrid, Spain, June 1, 2022. REUTERS/Susana Vera

MADRID — Spain on Saturday reported its second monkeypox-related death, bringing to three the number of fatalities linked to the current outbreak outside of Africa.

Spain and Brazil both announced what they believed to be their first deaths related to the virus on Friday.

It is however unclear if monkeypox actually caused any of the three fatalities, with Spanish authorities still carrying out autopsies and Brazilian authorities saying its deceased patient suffered from other serious conditions.

More than 18,000 cases have been detected throughout the world outside of Africa since the beginning of May, the World Health Organization (WHO) says.

Spain is one of the world’s worst-hit countries, with 4,298 people there infected with the virus, according to the Spanish health ministry.

“Among the 3,750 (monkeypox) patients… 120 have been hospitalized and two have died,” it said in a report, without specifying the date of the second death.

It said the victims were “two young men”, and that studies were under way to gather more “epidemiologic information” on both cases.

Brazil said a man with monkeypox died on Thursday in Belo Horizonte, the capital of the southeastern Minas Gerais state.

He “was receiving hospital treatment for other serious conditions”, the state health ministry said in a statement.

“It is important to underline that he had serious co-morbidities, so as not to spread panic in the population. The death rate is very low” for monkeypox, said Minas Gerais health secretary Fabio Baccheretti, who added that the patient was undergoing cancer treatment.

Brazil’s health ministry has recorded close to 1,000 monkeypox cases, mostly in Sao Paulo and Rio de Janeiro states, which are also in the country’s southeast.

The WHO’s European office said on Saturday that more monkeypox-related deaths can be expected.

“With the continued spread of monkeypox in Europe, we will expect to see more deaths,” Catherine Smallwood, Senior Emergency Officer at WHO Europe, said in a statement.

The goal needs to be “interrupting transmission quickly in Europe and stopping this outbreak”, she said.

Early signs of the disease include a high fever, swollen lymph glands and a chickenpox-like rash.

But Smallwood stressed that in most cases the disease heals itself without the need for treatment.

“The usual reasons patients might require hospital care include help in managing pain, secondary infections, and in a small number of cases the need to manage life-threatening complications such as encephalitis,” she explained.

The WHO last Saturday declared the monkeypox outbreak a global health emergency.

The disease has been detected in 78 countries, with 70 percent of cases found in Europe and 25 percent in the Americas, WHO chief Tedros Adhanom Ghebreyesus said on Wednesday.

As cases surge globally, the WHO on Wednesday called on the group currently most affected by the virus — men who have sex with men — to limit their sexual partners.

Ghebreyesus told reporters that the best way to protect against infection was “to reduce the risk of exposure”.

“For men who have sex with men, this includes, for the moment, reducing your number of sexual partners, reconsidering sex with new partners, and exchanging contact details with any new partners to enable follow-up if needed,” he said.

The disease usually heals by itself after two to three weeks, sometimes taking a month.

A smallpox vaccine from Danish drug maker Bavarian Nordic, marketed under the name Jynneos in the United States and Imvanex in Europe, has also been found to protect against monkeypox.