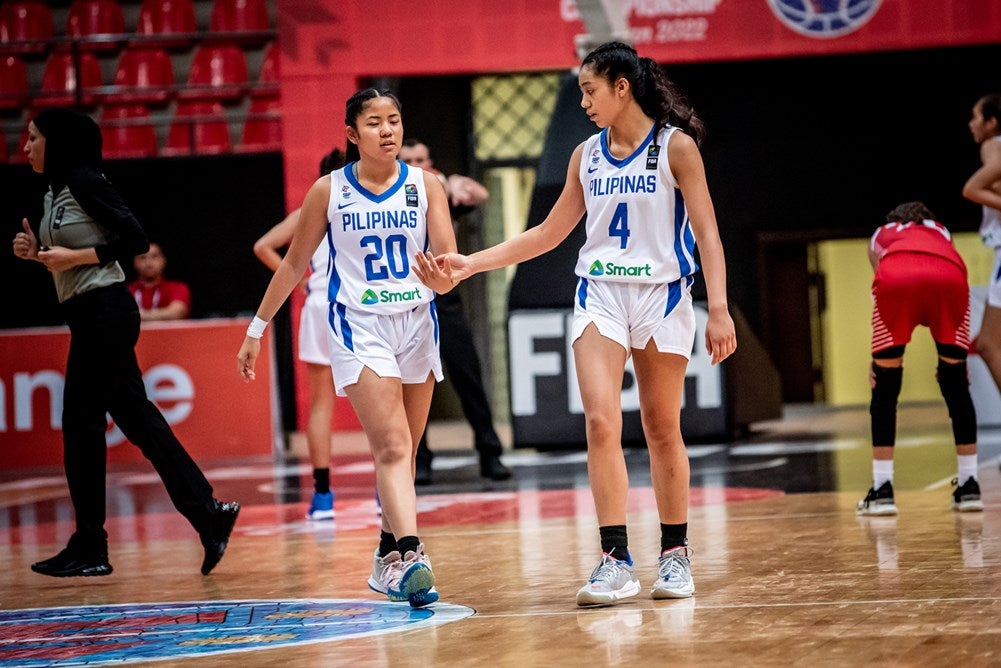 Kristan Yumul and Gabby Ramos during a game against Syria in the Fiba U16 Women’s Asian Championship. Fiba PHOTO

Yumul unleashed 33 points, shooting 9-of-14 beyond the arc, giving the young Nationals their second win in Group A. Gilas stifled Indonesia, 104-68, on Friday.

Gilas blew an 82-71 lead with five minutes left that saw Syria knotting the game at 82 with 2:34 remaining after Simel Alahmar scored nine straight points to spark an 11-0 run.

Gabby Ramos stopped the bleeding and Yumul sank a crucial triple to restore order for an 88-84 Gilas cushion with a minute to go.

Kaila Jade Oani’s lay-up off a steal, followed by a jump shot from Ramos put the game away for good, 90-84, with 39 ticks to go.

Gilas led as many as 20, 47-27, off Panganiban’s free throws in the second quarter before Syria put up a gallant fight in the second half.

The Philippines faces Samoa (1-1) on Sunday.

PBA: NLEX gets back on track, beats Meralco