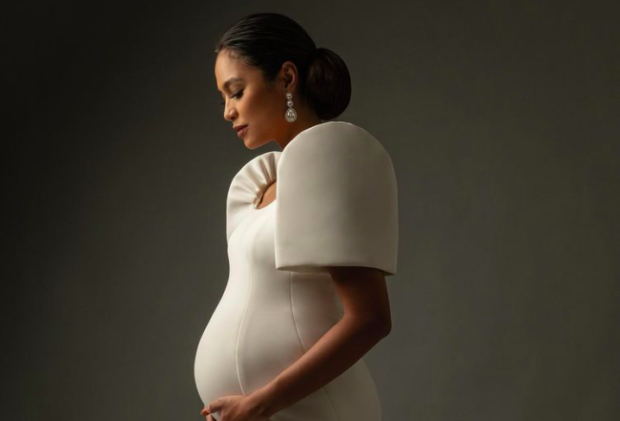 Former Miss Universe Philippines candidate Alaiza Malinao has announced she is pregnant by showing off her baby bump in a stunning maternity shoot.

The beauty queen from Davao donned a Jo Rubio white terno gown while cradling her baby bump for the pictorial, as seen on her Instagram page yesterday, Aug. 28. Her portraits were taken by photographer Jerick Sanchez.

Malinao also looked back at the past year, where she felt the “surprising” love and support of her fans. She was one of the top 16 finalists in the Miss Universe Philippines 2020 pageant.

(I just wanted to prove that an Inday can show what she is as a Filipina. While the universe was not in favor of my plans, it showed me my worth.)

Malinao noted that her life did indeed change with Miss Universe Philippines 2020, even when her dream “died” on the pageant’s coronation night.

(On that night, my dream may have died but the saying “We have to lose something precious in order to gain something priceless” is true.)


Are you ready for ‘Spider-Man: No Way Home’?