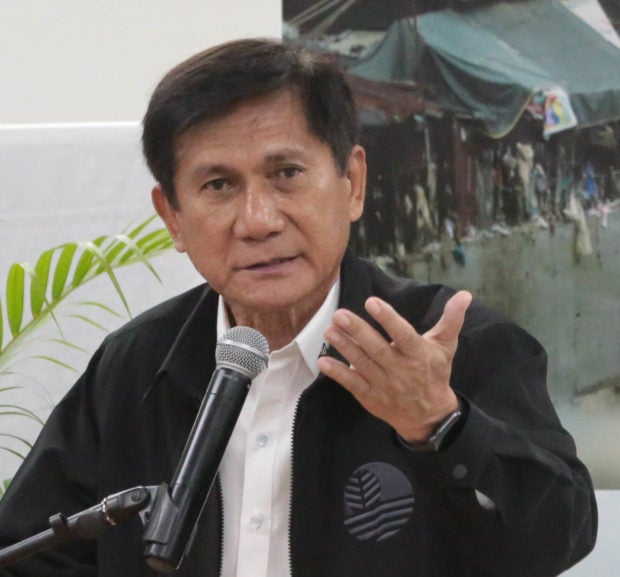 MANILA, Philippines — President Rodrigo Duterte on Thursday compared the controversial dolomite beach in Manila to beautiful women in Boracay as he defended the Department of Environment and Natural Resources’ (DENR) initiatives to overlay the bayside along Manila Bay with crushed dolomite.

He then said that past administrations have had the chance to fix Manila Bay themselves but only Environment Secretary Roy Cimatu was the one who was “willing to take the problem by its horns.”

“You had your chance actually, for so many years you had every chance to do it. Was there anybody willing to take the problem by its horns? Si Cimatu lang [only Cimatu],” said Duterte.

Duterte then proceeded to defend his decision to put former military men as members of his cabinet, reiterating that they were his friends that’s why he trusts them.

(All those in front of me who are military are my friends, I can vouch for their honesty and being industrious.)

The government spent P389 million to overlay the Manila Bay’s gray shoreline stretching 500 meters with crushed dolomite, which came all the way from the province of Cebu.

from the public as groups called the project a “completely absurd” effort that would hardly solve “the environmental degradation problems of the bay.”

Meanwhile, the Malacañang, for its part, said that

the project will benefit the mental health of Filipinos

during the COVID-19 pandemic.


The controversy that refuses to die: Manila Bay dolomite sand