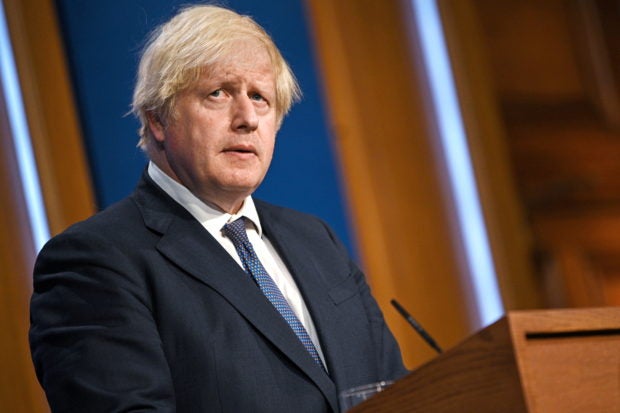 LONDON — British Prime Minister Boris Johnson said he had called a virtual G7 leaders’ meeting for Tuesday to discuss the crisis in Afghanistan and urged governments to find ways to prevent conditions from getting worse.

Taliban militants seized control of Kabul last weekend in an upheaval that sent civilians and Afghan military allies fleeing for safety. Many fear a return to the austere interpretation of Islamic law imposed during the previous Taliban rule that ended 20 years ago.

Western governments are discussing how to handle the situation in Kabul where thousands of civilians desperate to flee have descended on the airport.

“It is vital that the international community works together to ensure safe evacuations, prevent a humanitarian crisis, and support the Afghan people to secure the gains of the last 20 years,” Johnson said on Twitter on Sunday.

Britain holds the rotating leadership of the G7, which also includes the United States, Italy, France, Germany, Japan, and Canada.

US President Joe Biden, under fire at home and abroad for his handling of the withdrawal of US forces from Afghanistan, will meet virtually with the G7 leaders to coordinate policy, discuss evacuation efforts and humanitarian assistance, White House press secretary Jen Psaki said on Sunday.

Biden is scheduled to deliver remarks on Afghanistan at the White House on Sunday. Washington on Sunday said it would use

who have already been evacuated from Afghanistan.

Biden told reporters on Friday that he and Secretary of State Antony Blinken would work with other countries to set “harsh conditions” for any cooperation with or recognition of the Taliban, based on their treatment of women and girls and overall human rights record.