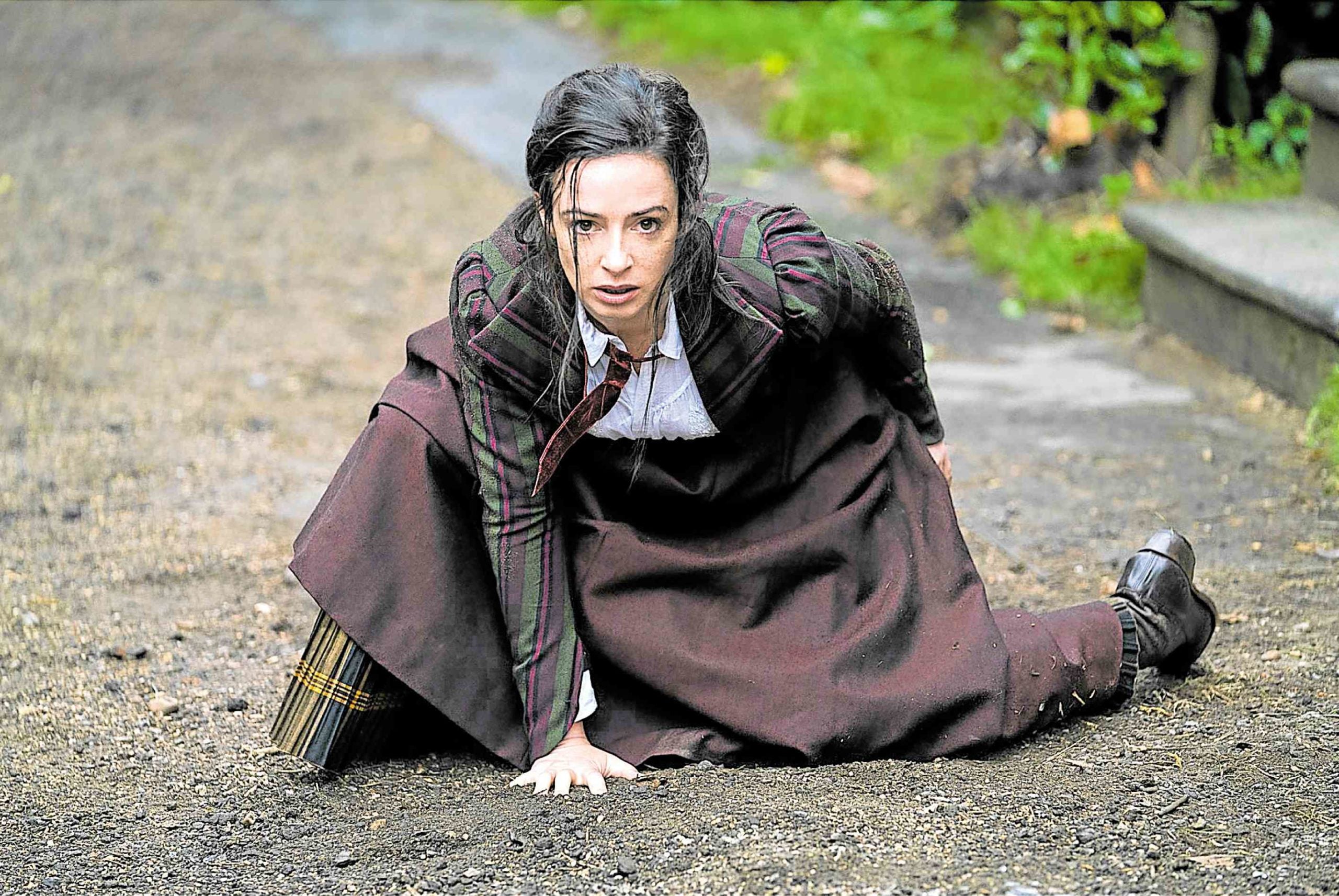 Laura Donnelly in “The Nevers”

You can’t watch HBO’s latest superhero series “The Nevers” and not have “The X-Men” or the vampire-slaying Buffy Summers cross your mind.

The series, which launches at 9 a.m. and 10 p.m. tomorrow on HBO and HBO Go (channels 54/168 on SkyCable; 53/210 on Cignal)), is about a ragtag group of female misfits in London called the Touched. Each of them developed extraordinary abilities following a supernatural phenomenon in August 1896.

Amalia True (Laura Donnelly) and Penance Adair (Ann Skelly) lead this bevy of Victorian outcasts seeking refuge in a shelter owned by their mysterious benefactor, the wheelchair-bound Lavinia Bidlow (Olivia Williams), as they come to terms with as much their powers as the cruel world eager to get rid of them.

As anxious as they are to get to the root of this “feminine plague,” they’re just as determined to provide shelter for other women “touched” by the affliction before they fall victim to a series of hate crimes perpetrated by their perceived nemeses—among them grieving aristocrat Lord Massen (Pip Torrens), a throat-slitting femme fatale called Maladie (Amy Manson) and a Touched-snatching crime ring. 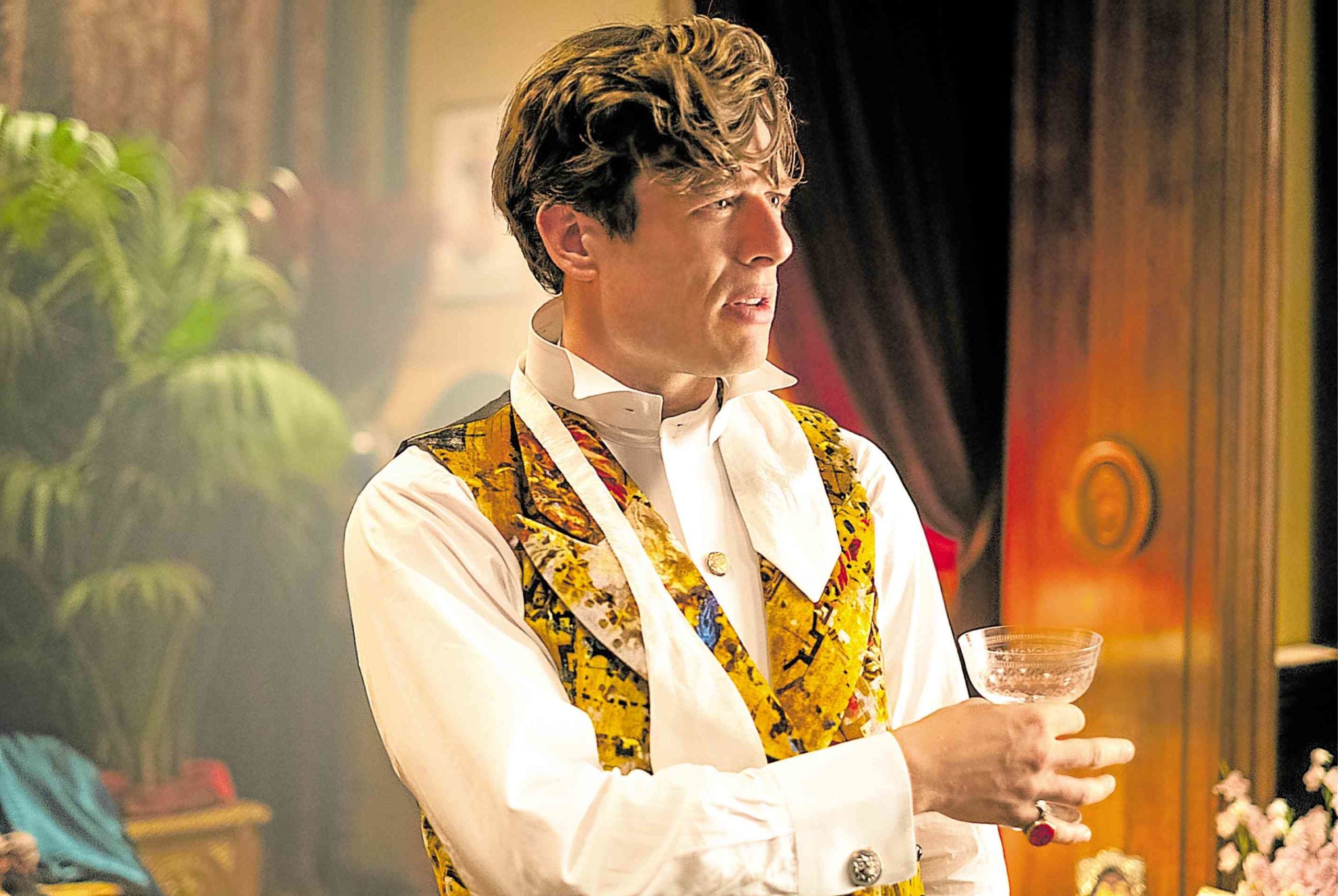 Keeping the series’ danger level high and combustible is Hugo Swan (James Norton), a pansexual brothel owner who wishes to lure the Touched community into his lustful shenanigans.

Despite the bad press creator and showrunner Joss Whedon (“The X-Men,” “”Buffy the Vampire Slayer,” “Firefly,” “Toy Story”) has been getting lately, we wouldn’t be surprised if viewers see “The Nevers” as a fun and fast-paced roller-coaster ride that benefits from its relevant themes, quirky characters and the charismatic leads’ feisty portrayals.

If you can look past the raging controversy Joss is currently embroiled in, it wouldn’t be hard to see beyond the show’s “been-there, done-that” premise and predictable elements. But this also reminds us of the “loving the art, but not the artist” dilemma faced by viewers of “Allen vs. Farrow,” another deeply polarizing documentary from HBO/WarnerMedia.

Joss recently found himself in hot water following the alarming “ruckus” he raised on the set of 2017’s “Justice League”—from the allegations of abusive and toxic onset behavior revealed by Ray Fisher, to Joss’ “misogynistic” skirmish with the DC Extended Universe’s “wonder” gal herself, Gal Gadot. 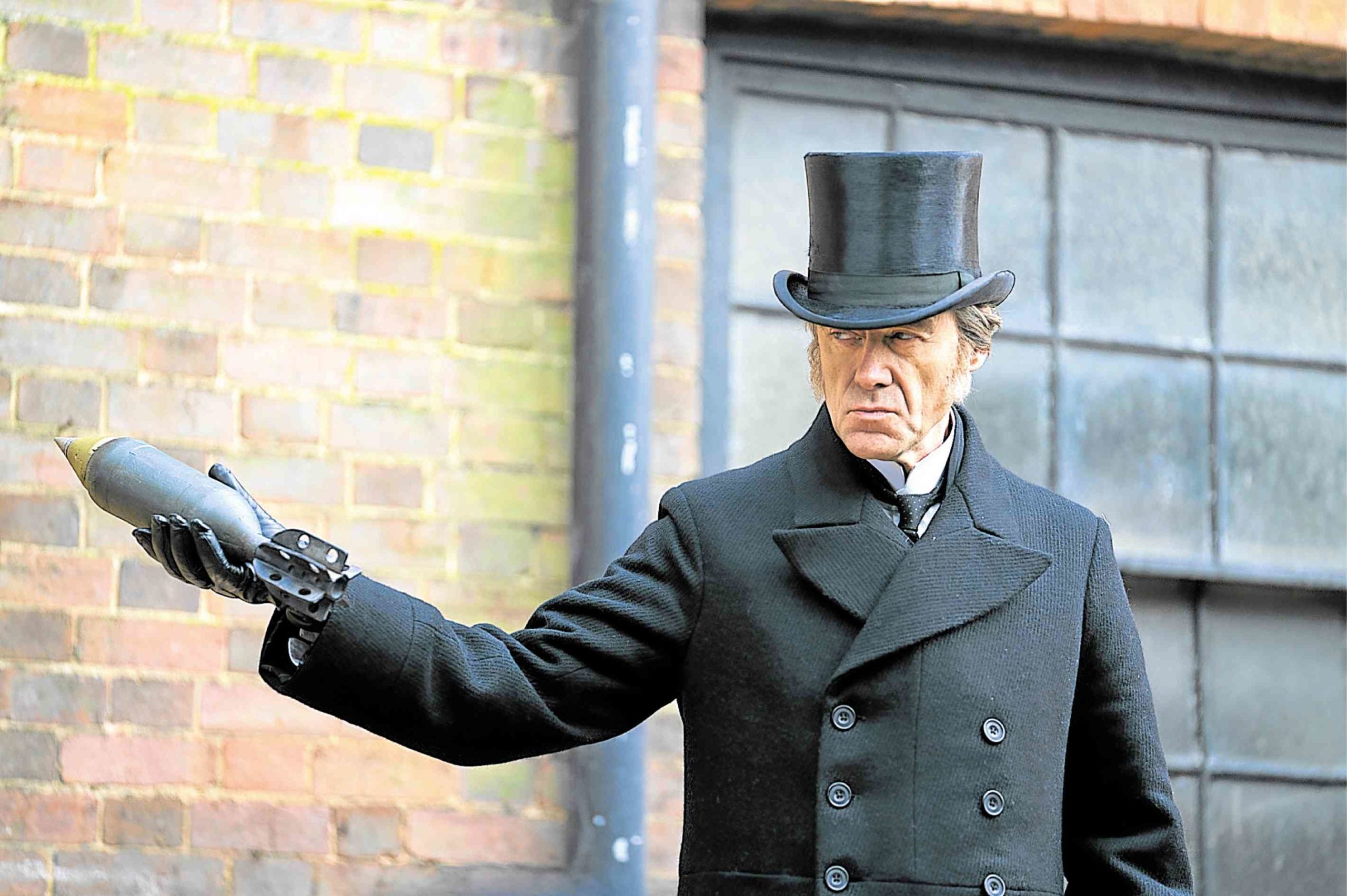 Elephant in the room

In our recent interview with Zack Snyder, whose #SnyderCut of “Justice League” was released on HBO Go last March 18, the director said he liked the idea of “expunging” Joss’ version of the 2017 blockbuster. For his part, Joss quit “The Nevers” in November after wrapping up the first six of its intended 12 episodes. He was replaced by Philippa Goslett, who’s now in the process of writing the final-half of the series. So, when Inquirer Entertainment spoke to nine of the leading cast members of “The Nevers” last March 25 and 26, we knew our chat with them for this Philippine exclusive would be incomplete without addressing the huge elephant in the room.

Asked what it was working with Joss on the set of “The Nevers,” lead stars Laura and Ann had nothing but kind words for him.

“I had a really lovely time working with Joss,” Laura pointed out. “It always felt collaborative; he was very supportive. And what I liked about that was how it worked out after he left us—it had an effect on everybody in a trickle-down way.

“We all had a wonderful time filming this, so we look forward to going back on set for the second-half of the season—only this time, the team will be led by Philippa. I can’t wait to find out what else she’ll bring to the process.” 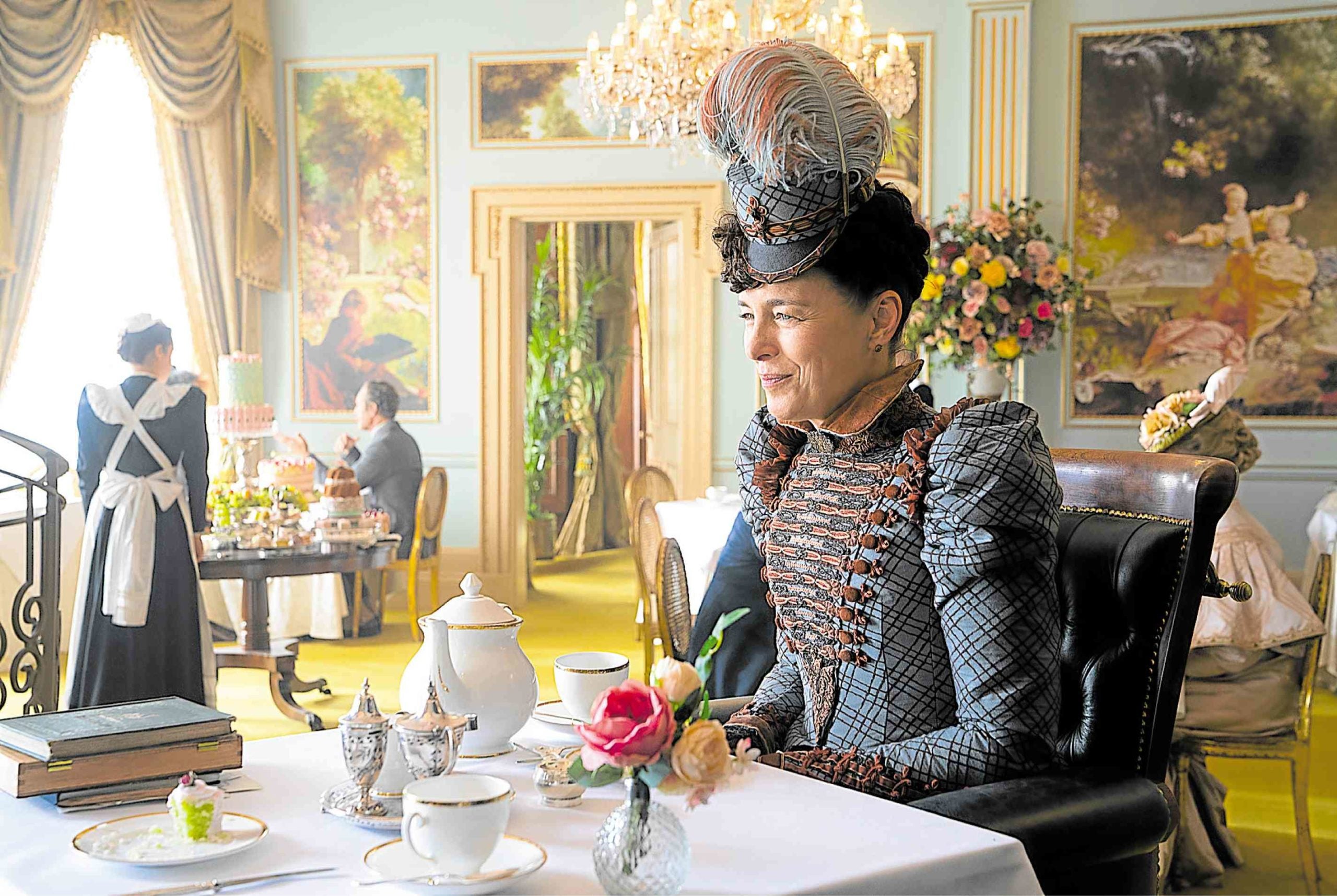 Ann said her experience with Joss was also pleasant. “Yeah, I had a similar experience,” she said. “It was a lovely environment; they’ve always been transparent with us. This is the biggest show I’ve ever worked on and perhaps ever will. No one’s trying to baby the actors, which can happen on a set sometimes. I was always afraid of losing that atmosphere, set by Joss—which was really soothing, because it makes you feel you’re part of the show, not just an instrument in it.”

Aside from the pertinence of its themes—which tackle, among others, racism and bullying—part of the lure of “The Nevers” is the eternal battle between good and evil, a common theme in movies about characters with special powers. When we asked the cast what they thought explains the appeal of superhero productions, Olivia, who’s best remembered for her turns in “An Education” and “Emma,” said, “I think it’s eternal. I mean, that’s something we get from Greek or Norse mythology, and from every culture.

“You know, people have sat on the ground and wished they could fly, or pick a piece of fruit at the top of a tree with an arm long enough to pluck it without having to climb up. So, it just feeds into the nature of human condition. Moreover, I’m fascinated by real people who can do extraordinary things.”

Pip agreed, “I think psychologists would say that there’s a need for the mythic in our lives. Everyone has what Salman Rushdie describe as a ‘God-shaped hole’ in them. If they don’t believe in God, they have a hole that needs to be filled by a belief in something that’s as strong as God is for believers.

“The stereotypes that have endured through the years—from stories about detectives investigating a crime and hospital dramas with doctors saving lives and other genres—are populated with ‘micro heroes’ who will solve things for you.

“That’s what is great about ‘The Nevers.’ It’s about ordinary people, overlooked and dismissed by Victorian society, who turn out to have the most unsettling potential—and that’s what’s so delightful to see!”

Doesn’t her character Lavinia remind Olivia of Professor X (of the X-Men), who sits in a wheelchair and fosters troubled but gifted mutants?

“There are these amazing tropes in science fiction, yes,” the 52-year-old actress admitted. “But what makes Lavinia extraordinary for her time—and for these times—is that she’s a woman. The show references things that are traditional and sci-fi, but shakes the box up and throws out some incredibly new and original ideas.

“But people who haven’t watched ‘X-Men’ will probably see Miss Havisham, from Dickens’ ‘Great Expectations,’ in Lavinia. For others, what this amazing series does is put a spin on these tropes and make them extraordinary.”

With characters in Victorian garb, how long did it take Laura and company to get up to speed with the physical requirements of the show, knowing that skirts and corsets presented a degree of difficulty in terms of movement or flexibility?

“I did about six weeks of stunt training before we began filming the first episode,” Laura recalled. “Then, because we had a few months in between the first and second episodes, and again halfway through the fifth episode because of COVID, for each of those times, I had to go back to training six weeks before we started shooting again. But I loved it, so that was fine. I don’t think I actually practiced in the corset until the rehearsal immediately before the camera began to roll.”

For her part, Ann said she didn’t need that much physical training because Penance is “more of a thinker than a doer,” she explained, giggling: “Probably, all of my energy and every fiber of my being went into the conscious effort not to break the props—because everything I touch breaks in my hands (laughs)!

“I’m really the opposite of Penance because I’m totally incapable of handling the kind of technology that she’s so good at. So, I just sort of shouted things, like, ‘Watch your back!’ (laughs)”

Asked if they grew up watching “Buffy,” Laura said she didn’t.

“I had never seen an episode of ‘Buffy’ before I came on this job,” she admitted. “I hear a lot about the characters’ similarities. But when the show was pitched to me, they said Amalia and Penance were like female versions of Butch Cassidy and the Sundance Kid—and I liked that, because I’m a big fan of that movie. I can definitely see the fun in that.”

Ann, however, said she grew up a ‘Buffy’ fan. “I watched it way longer than I should have been (laughs),” she said. “Yes, there are similarities with Amalia, because she’s an unwilling hero and this mission is placed upon her shoulders! Also, the familial element that the orphanage brings can also be recognized, with ‘Buffy’ having that little team around her.”

It is said that superpowers are created by ones’ fears or desires. What power would they want to have?

“What I want more than anything is to have a good memory, because my memory has been bad lately,” quipped Ann. “Like, I don’t remember how the past year has been, and I just miss remembering things very well. Now, I’m afraid to read books or watch educational TV or films, in case I forget them (laughs). Yeah, I’d love to remember everything that I chose to remember.”

For her part, Laura said she has an absolute aversion to anything involving saliva or people noisily eating. “So, my superpower could involve making people eat quietly (laughs),” she said.

Olivia, on the other hand, said she’d like to have the power “to see into the brain of teenagers—that would be the gift I most desire at the moment.”

And Pip? “Oh, I would love to fly,” the 60-year-old actor said. “But as I’m very scared of heights, I’d also like the ability to fight off vertigo (laughs)!”