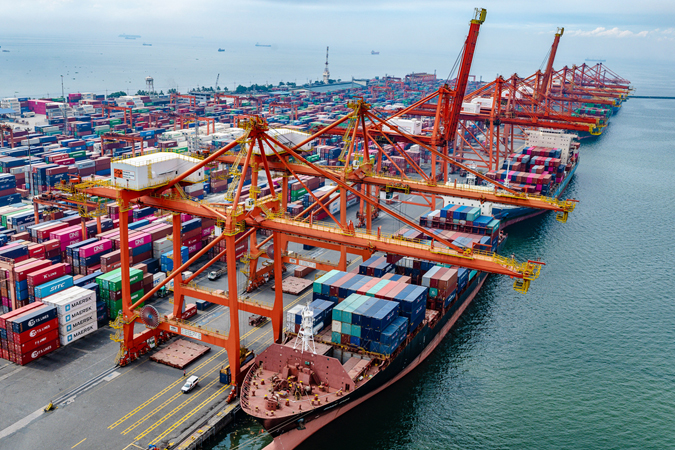 THE COUNTRY’S trade-in-goods deficit widened in February as imports grew for the first time in 22 months and exports contracted albeit at a slower pace, the government’s statistical agency reported on Thursday.

Merchandise imports rose by 2.7% to $7.60 billion in February following a 12.1% annual decline in January, preliminary data by the Philippine Statistics Authority showed. 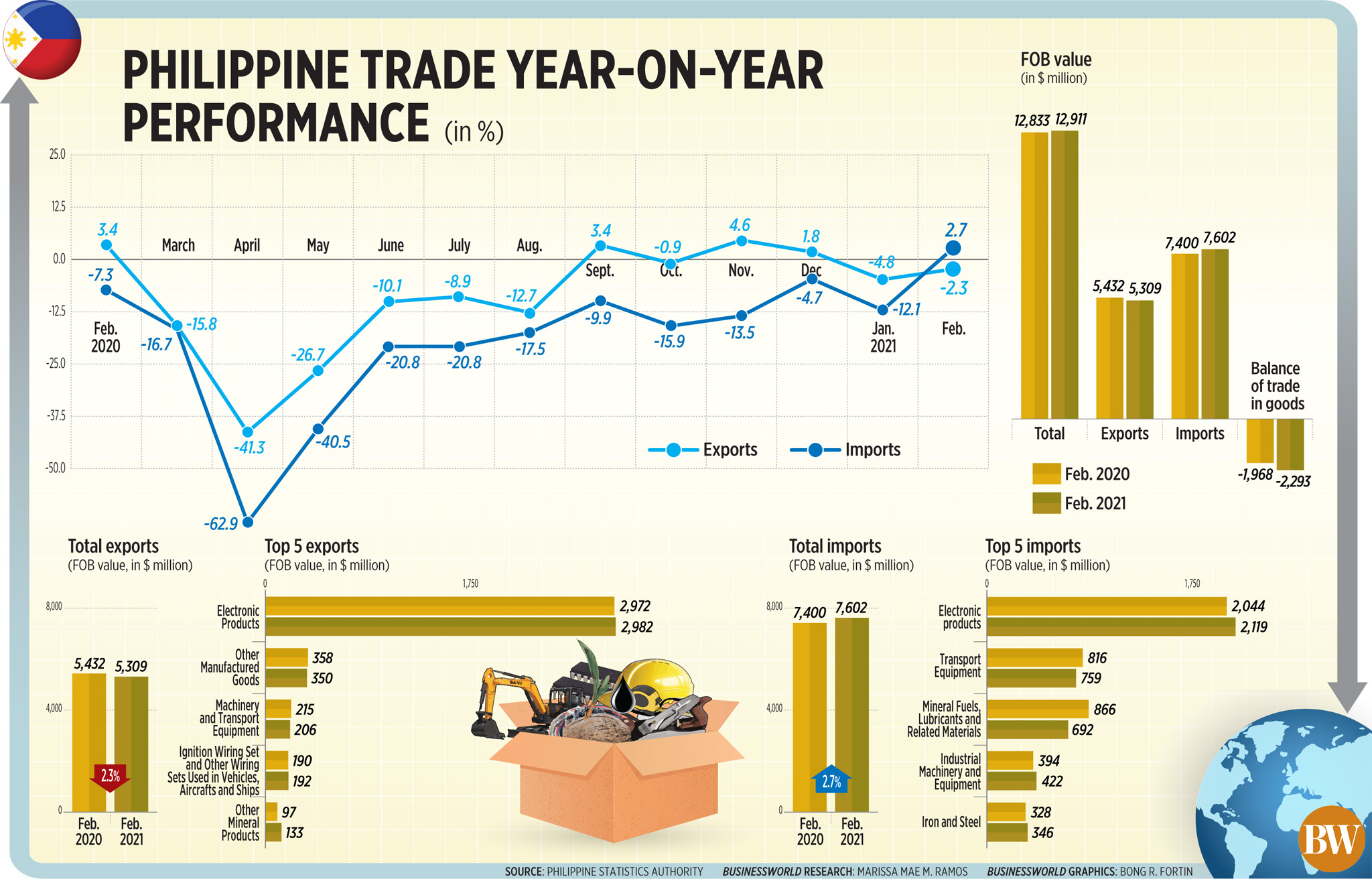 Moreover, the value of imports for February was lowest since June 2020’s $6.96 billion.

Nevertheless, February imports marked the first expansion in 22 months or since April 2019 when it posted an annual growth of 2.9%.

“The rebound in imports… may be more a result of base effects rather than a true recovery for the sector with the economy still stuck in recession amidst an ongoing 12-month lockdown with daily COVID-19 (coronavirus disease 2019) infections spiking in March,” ING Bank N.V. Manila Senior Economist Nicholas Antonio T. Mapa said in a statement to reporters.

Meanwhile, merchandise exports declined by 2.3% in February to $5.31 billion, lower than the 4.8% contracted recorded in January.

This brought the trade deficit to $2.29 billion for February, bigger than the $1.97-billion gap in the same month last year.

These figures were below the Development Budget Coordination Committee’s growth targets of 8% and 5% for imports and exports this year.

That brought the year-to-date trade balance to a $5.17-billion deficit, smaller than the $5.72-billion shortfall in the same two months last year.

As of last year, the imports and exports of goods made up 16.3% and 28.7% of the country’s gross domestic product, PSA’s national accounts showed.

Raw materials and intermediate goods, which account for 39% to the goods imports bill in February, jumped 6.4% to $2.97 billion year on year.

On the export side, the sales of manufactured goods rose 2.6% year on year to $4.53 billion last year. These goods made up 85.3% of total goods exports in February.

Electronic products, which made up more than half of the total export sales in February, inched up 0.4% to $2.98 billion.

“This was more than enough to keep their recovery from last year’s lockdown broadly intact. On the other hand, though, imports of consumer goods continued to struggle, and they look set for a renewed collapse, due to the headwinds posed by the second virus wave,” he said.

“All told, the weakness in domestic demand will continue to dominate, keeping the trade deficit well above the 2018 nadir,” he added.

Security Bank Corp. Chief Economist Robert Dan J. Roces expects “renewed demand for inputs” by the time the enhanced community quarantine (ECQ) imposed in Metro Manila and the provinces of Bulacan, Cavite, Laguna, and Rizal will be lifted on April 11.

“When the ECQ is lifted, renewed demand for inputs should cause some rebound in imports of capital goods and raw materials, while a global reflation trade is possible once major economies reopen again. Thus, we still anticipate a trade rebound notably in the second half…,” Mr. Roces said.

For Mr. Mapa, imports of goods and services will continue to expand in the next few months due to base effects and with manufacturers moving to restock depleted inventories.

“Meanwhile, exports may face some challenges in the near term with global trade expected to take a hit after select countries reinstate lockdowns to deal with spiking COVID-19 cases in their areas…” he said.

UnionBank of the Philippines, Inc. Chief Economist Ruben Carlo O. Asuncion said the government’s export target of 5% this year “is modest and very much attainable.”

“However, imports may be slightly hampered and largely depends on how the government curbs the virus effectively,” Mr. Asuncion said. — Lourdes O. Pilar with inputs from Beatrice M. Laforga