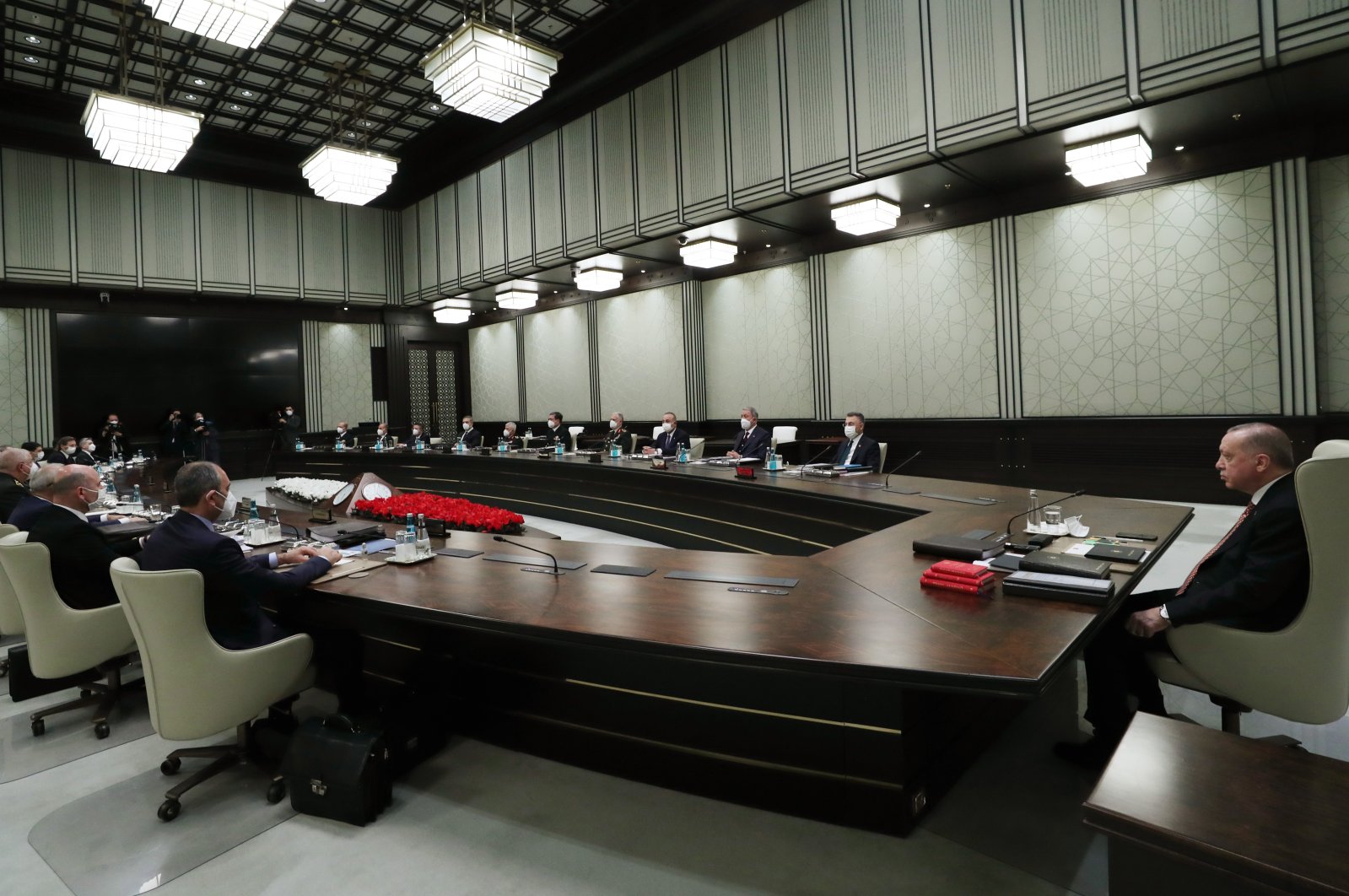 Turkey’s National Security Council (MGK) on Tuesday called on countries from outside the region of the Eastern Mediterranean to take a neutral position and a common approach protecting mutual rights and benefits.

The council called on Greece to act in line with good neighborly relations and abide by international law, instead of stepping up its policies against Ankara.

Turkey, which has the longest continental coastline in the Eastern Mediterranean, has rejected the maritime boundary claims by Greece and the Greek Cypriot administration, stressing that those excessive claims violate the sovereign rights of Turkey and the Turkish Cypriots. Ankara last year sent several drillships to explore for energy in the Eastern Mediterranean, asserting its rights in the region, as well as those of the Turkish Republic of Northern Cyprus (TRNC).

Since then, the rhetoric on all sides has mellowed dramatically as Turkey and the bloc voiced their intent to “turn a new page.” Turkey has recently reiterated that it is part of the bloc and sees its future in the EU, while it will continue efforts toward full membership. Turkish officials have also said that they hope for progress in 2021 and expect the bloc to take definitive action to this end. The EU in January decided to hold off on potentially sanctioning Turkey thanks to positive developments made during a meeting with the bloc’s foreign ministers.

Most recently, Turkey last week welcomed the rhetoric in a memorandum adopted by EU leaders at their virtual summit and sincerely wishes to develop its relations with the bloc on the basis of cooperation and mutual benefit, while at the same time criticizing the document for its one-sided approach to issues and lack of concrete steps in the country’s membership process to the bloc.

Greek human rights violations against its Turkish minority and irregular migrants were among issues tackled at the meeting, according to the statement.

On the issue of Cyprus, the security council underlined the indispensable need for a permanent and fair resolution based on two independent states to be put on the agenda, adding that the present nearly-half-a-century-old approach that ignored the existence of Turkish Cypriots on the island had been fruitless.

Stressing the crucial importance of permanent and sustainable peace in Syria while protecting the country’s territorial integrity and political unity, the council said Turkey would support any initiative to bolster peace and stability in the region.

It also called on all actors in Syria to put an end to acts that would deepen the ongoing humanitarian crisis in the war-weary country now in its tenth year of civil conflict.

Syria has been embroiled in a vicious civil war since early 2011 when the Bashar Assad regime cracked down on pro-democracy protests with unexpected ferocity.

The council also welcomed the political process and progress in Libya and noted that Turkey would continue to provide all manner of support to ensure security, peace and prosperity in the North African nation.

The Libyan conflict war was exacerbated when putschist Gen. Khalifa Haftar, supported by several countries, including the United Arab Emirates (UAE), Egypt, Russia, and France, conducted a military onslaught to topple the Tripoli-based internationally-recognized Government of National Accord (GNA), backed by Turkey and Qatar, for control over the country.

On Oct. 23, 2020, a cease-fire was reached under the auspices of the U.N., which Haftar’s militia has since violated from time to time.