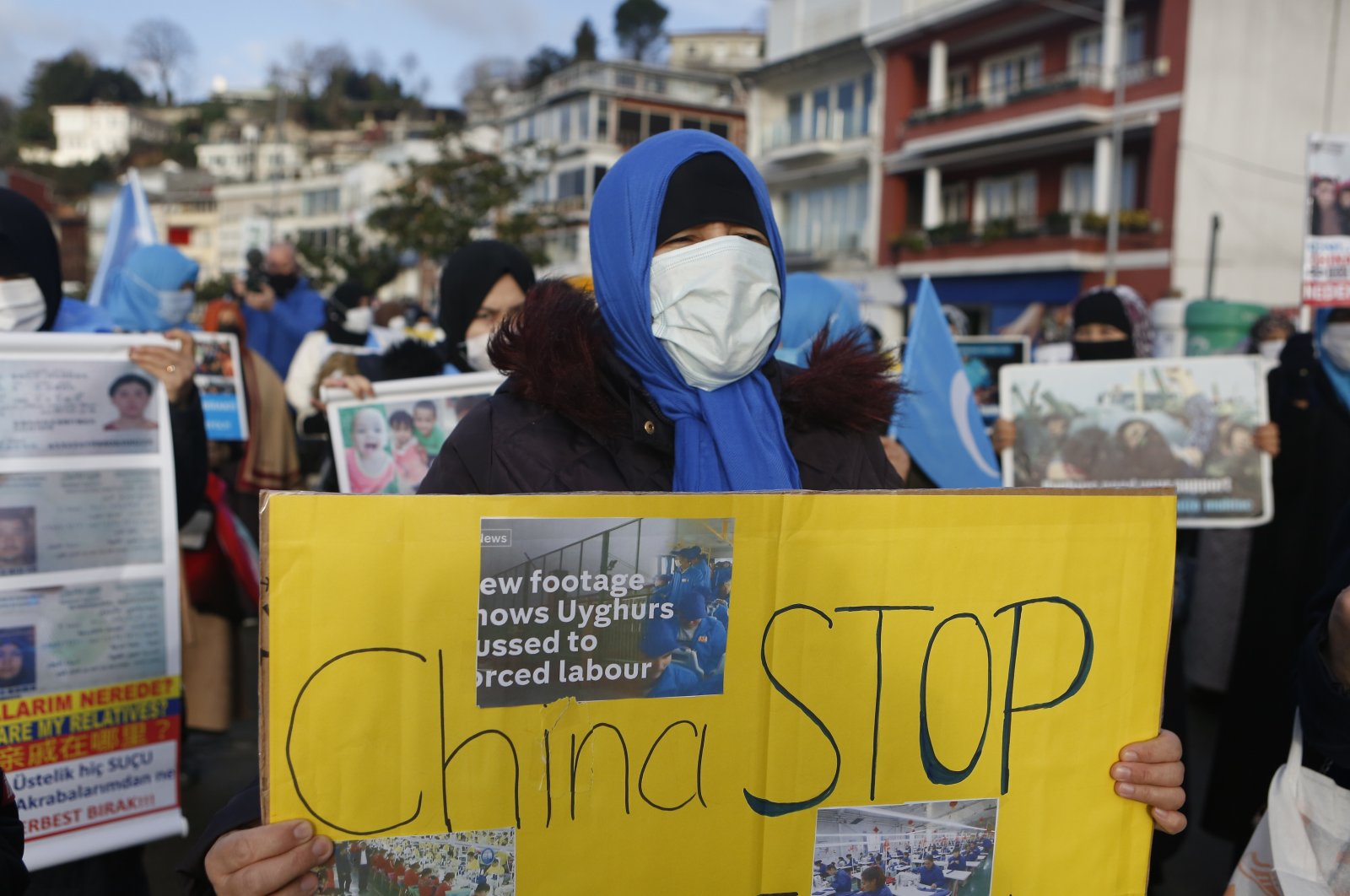 Uighur Turks living in Istanbul staged a demonstration Thursday near China’s Consulate General demanding to know the condition of their family members they believe are being held in the nation’s western Xinjiang Uyghur Autonomous Region.

Dozens of Uighurs – including academics, business people and children – complained of not having heard from their family members for years due to Beijing’s alleged systematic campaign that reportedly involves confining members of the ethnic minority in concentration and forced labor camps.

Addressing the rally, the group’s spokesperson, Salih Emin, called on the world to raise their voice against what he called crimes against humanity and take action to stop Uighur persecution.

“The Chinese government does not want human rights organizations to investigate (the situation) in the country because they’re afraid of (the situation there). The massacre there is true and (China) doesn’t want the world to know about it,” Emin said.

Xinjiang, also known as East Turkistan, is home to around 10 million Uighurs. The Turkic Muslim group, which makes up around 45% of the autonomous region’s population, has long accused China’s authorities of cultural, religious and economic discrimination.

It was the second such Uighur protest since the beginning of February in which people demonstrated to learn about the situation of their relatives.

Beijing’s policy against Uighurs has drawn widespread criticism from rights groups including Amnesty International and Human Rights Watch, which accuse it of ostracizing over 10 million members of the minority group, most of whom are Muslims.

Emin called on the Turkish Foreign Ministry to meet with the Chinese government to help them get in touch with their families, while also thanking the Turkish people for their support.

During the rally, many carried East Turkistan’s flags in Uighur sky blue and held up banners reading: “Chinese Government Release My Innocent Family Members,” “China, Where is My Son?” “Where are My Brothers?” and “Uighurs Need Your Support.”

“I’ve been unable to communicate with my family since 2015 … We’ve learned that some of my family members were sent to concentration camps,” Habibe Omer, one of the protesters, told Anadolu Agency.

“Just hear our voice!” she asked in an emotional tone.

“We demand those who are in the concentration camps to be released immediately,” said Abdullah Resul, another protester who attended the rally in the hopes of getting information about his relatives’ whereabouts.

Iparhan Uygur, who came to Turkey eight years ago to study, also denounced China’s policy in the autonomous region, saying she had heard nothing about her family’s condition since 2016.

Burhan Uluyol, an academic at Istanbul Sabahattin Zaim University, was also among the protesters. “Cruel China has arrested my father, mother, brothers, uncles and nephews. They’ve been under arrest for four years. We’re here to be their voice.”

Last year, Uighurs held rallies for 18 days outside the Chinese Consulate General in Istanbul demanding information on their families’ well-being after not being able to contact them for years.

China, however, has repeatedly denied allegations that it is operating detention camps in its northwestern autonomous region, claiming instead that they are “reeducating” Uighurs.