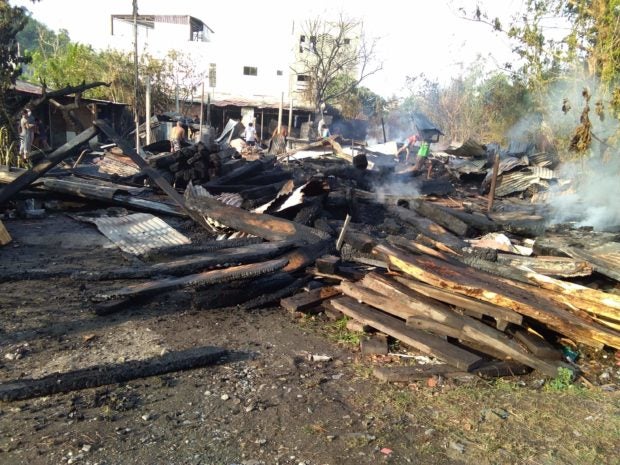 RAZED. P5 million worth of furniture were lost to a fire that hit a shop in Calapan City in Oriental Mindoro before dawn Wednesday. Fire officials said they are investigating the cause of the blaze. Photo by Madonna T. Virola, Inquirer Southern Luzon

CITY OF CALAPAN –– A fire hit a furniture shop Wednesday in this city, destroying around P5 million pesos worth of products.

Fire Officer 3 Jonjie Gamier, team leader of responding fire personnel from neighboring Baco town, said witnesses reported that the fire broke out at the shop in Barangay Suqui at 2:50 a.m.

Since responders from Calapan fire station are in quarantine, the Office of the Fire Provincial Director called Baco for assistance at 3:47 a.m.

The shop owner placed the loss at P5 million. The official report would be based on the owner’s affidavit of loss, said Gamier.

The incident is under investigation.

But one angle is a faulty electrical system, said Gamier.