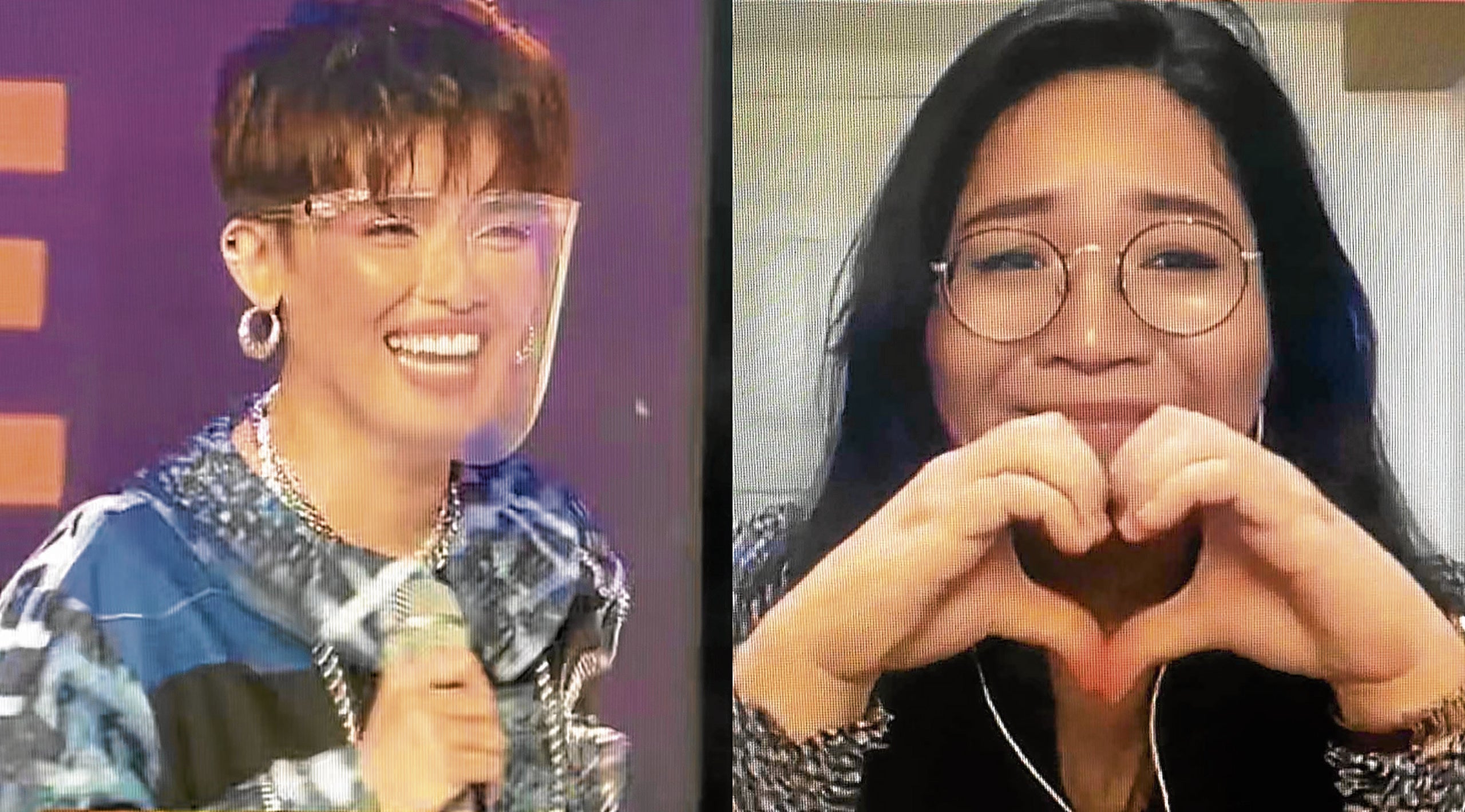 KZ Tandingan is no stranger to talent competitions: She herself is a product of one and even went on to enter a few more, both here and abroad, as a professional singer.

But ABS-CBN’s “Himig Handog” songwriting contest will always have a special place in her heart. Though it was “The X Factor Philippines” that introduced KZ to the local music industry in 2012, it was “Himig” that ultimately convinced her to stay.

“I thought it was over for me in this business sometime in 2013. Nothing was happening with my career. I was ready to uproot my life here in Manila and return to my hometown in Mindanao,” she related in a recent Zoom press conference. “And then, in 2014, I was asked to interpret the entry “Mahal Ko o Mahal Ako.”

The torch ballad ended up winning that year’s competition, and became a massive hit shortly after. And before she knew it, her career had taken a turn—a solo major concert, tours, high-profile collaborations, theme songs for blockbuster movies.

In 2018, she was tapped to compete against international acts, including Jessie J, in the Chinese singing tilt “Singer.” And most recently, she recorded Disney’s first Filipino song, “Gabay,” for the animated film “Raya and the Last Dragon.”

“‘Mahal Ko’ catapulted me to where I am now. And I will be forever thankful for that opportunity,” pointed out the pop-soul singer.

And it’s for this very reason that she continues to support “Himig.” For this year’s 11th edition, KZ lent her voice anew to one of the entries. She interpreted Danielle Balagtas’s “Marupok,” which was hailed Best Song at the recent grand finals.

“I feel that it’s my responsibility now as a musician to use whatever platform I have to support the new breed of songwriters,” she said.KZ, who also participated in Himig 2013 and 2016, has always enjoyed working with younger talents, because it helps her keep tabs on what’s current on the scene.

“You can learn from anyone, may it be an elementary student or a 70-year-old person. There’s a lot to pick up from people you meet, even those from outside the music industry. You learn new tools to apply to your craft,” she said.

“I’m very thankful I got to work with Danielle because she has a different perspective when it comes to writing songs. And that’s something we need in OPM, because music is constantly evolving. We can’t always rely on the same formula that worked in the past. You have to listen to people who know what’s happening now,” she said of Danielle.

For composing “Marupok”—also the winner of the Myx Choice for Best Music Video award—Danielle took home P300,000 cash and a house and lot from Lumina Homes. “I want this song to be a symbolism for girls labeled as ‘marupok’ to remember that we all have the capacity to grow and be empowered women,” the 23-year-old songwriter said.

The first time KZ heard the song, she immediately felt that it was meant for her. “It’s as if it was written for me. And if it didn’t make the cut, I would have still loved to put it in my next record. I knew that it wasn’t going to be just for competition; I want it to be relevant after,” said KZ, who also found the song’s message easily relatable.

“People will deny it, but many of us have experienced being ‘marupok’ … and insistent on something that isn’t worth it,” added KZ. “But sometimes, you have to go through those things to know yourself better. I do hope I know better … Acknowledging our shortcoming is a step toward growth.”

Working with Danielle was a breeze, KZ said, because she was given the creative freedom to sing the song her own way. “I asked her how she wanted the song to sound, and she told me to do what I think needs to be done. I was happy about that,” she said.

KZ didn’t expect to win any awards—she simply aimed to do her best and give the song justice. But getting recognition is always sweet, whether it’s your first or second time, she said. “It’s heartening. There’s less pressure because it’s more about the songwriting and not the vocals. But still, I want to make sure that I sing the song to the best of my ability. I keep in mind that this is not my competition. My job is to support and help the songwriter,” she said.