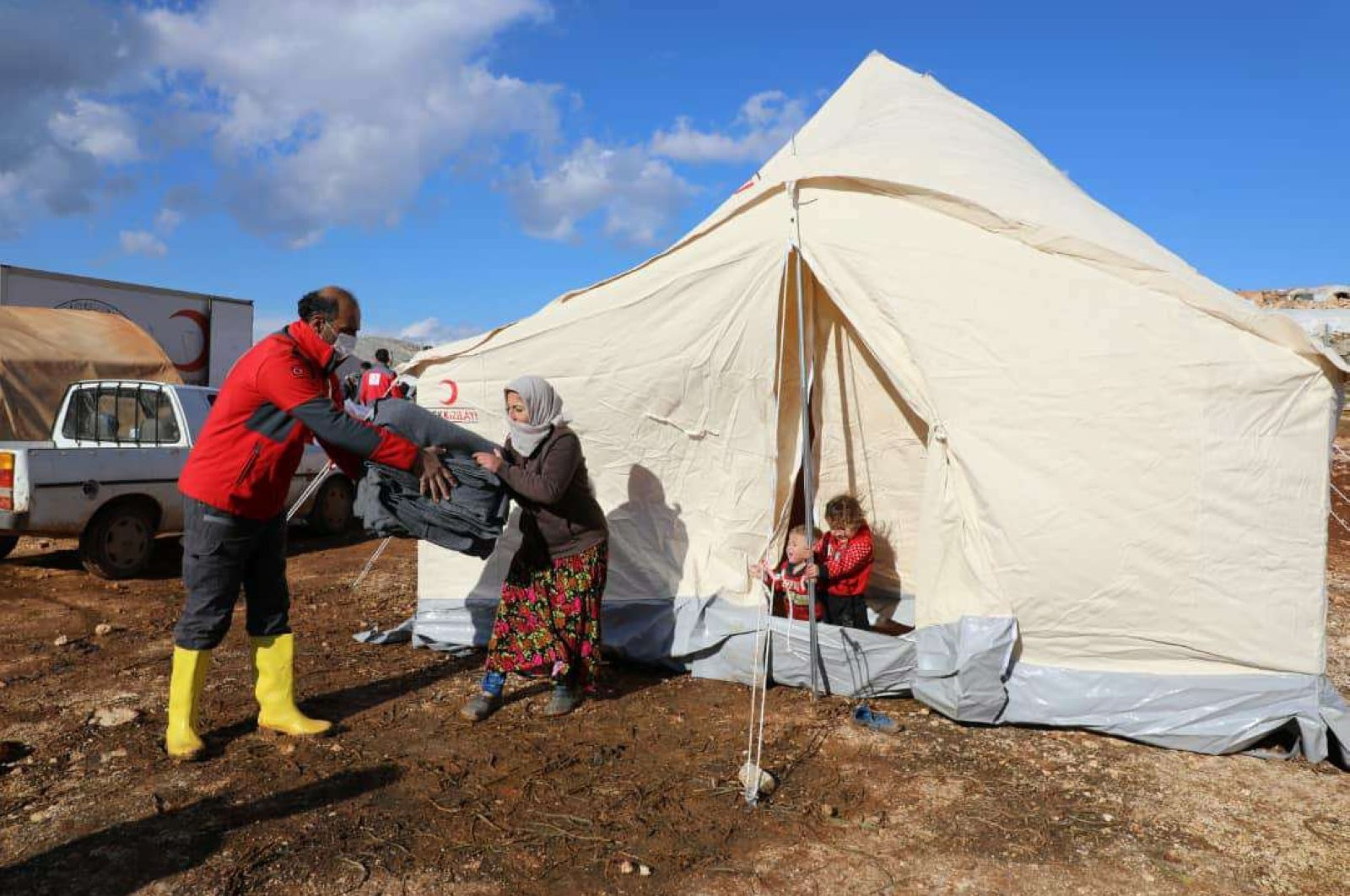 Through the Turkish Red Crescent (Kızılay), 54,807 aid trucks or vehicles have made it to the Idlib region in northwestern Syria, as well as Turkey’s cross-border operation zones in the country’s north and northwest, the head of the aid organization said on Wednesday.

Addressing lawmakers on the projects that have been implemented for migrants in Turkey and the northwestern region of Idlib in Syria, Ibrahim Altan underlined that the Turkish Red Crescent’s field coordinator for Syria continues to serve people from the war-torn country residing in seven camps and 14,209 containers in the Adana, Hatay, Kahramanmaraş, Kilis and Osmaniye provinces in southern and southeast Turkey.

Altan noted that the organization had coordinators for children’s programs, cash-based support programs and community-based initiatives on migration, explaining to legislators in Parliament’s human rights committee that they were working with 1,193 personnel in 110 centers across 22 provinces.

Hospitals, health centers, camps, playgrounds and orphanages have also been built in Idlib, as well as Turkey’s cross-border operation areas in northern and northwestern Syria, he said, adding that 548 domestic and international nongovernmental organizations, as well as 2,763 donors, contributed to the relief efforts.

Since 2016, Turkey has launched a trio of successful anti-terror operations across its border in northern Syria to prevent the formation of a terror corridor and to enable the peaceful settlement of residents: Euphrates Shield (2016), Olive Branch (2018), and Peace Spring (2019).

During the COVID-19 pandemic, Altan underlined that the aid group had brought various kinds of protective equipment worth about $7 million (TL 52.08 million) to the region with U.N. and EU resources.

Discussing the efforts made for migrants in Turkey, Altan said all the resources that the Turkish Red Crescent uses in providing debit cards for Syrians in Turkey, as well as for social adaptation initiatives, conditional education support and language support, come from the U.N. and EU.

Altan underlined that the Turkish Red Crescent had first started issuing the debit cards, known as Kızılaykart, to Syrians after April 2011, later expanding the initiative to all other foreign nationalities.

The debit card allows those who have fled to Turkey to shop with a pre-paid card topped up monthly with TL 120. It is part of a Social Adaptation Assistance Program for migrants in Turkey, which has been home to the largest Syrian migrant community – over 3.6 million people.

The Emergency Social Safety Net (ESSN) program that enabled Kızılaykart is known as the largest humanitarian cash assistance program in the world. The program is funded by the EU.