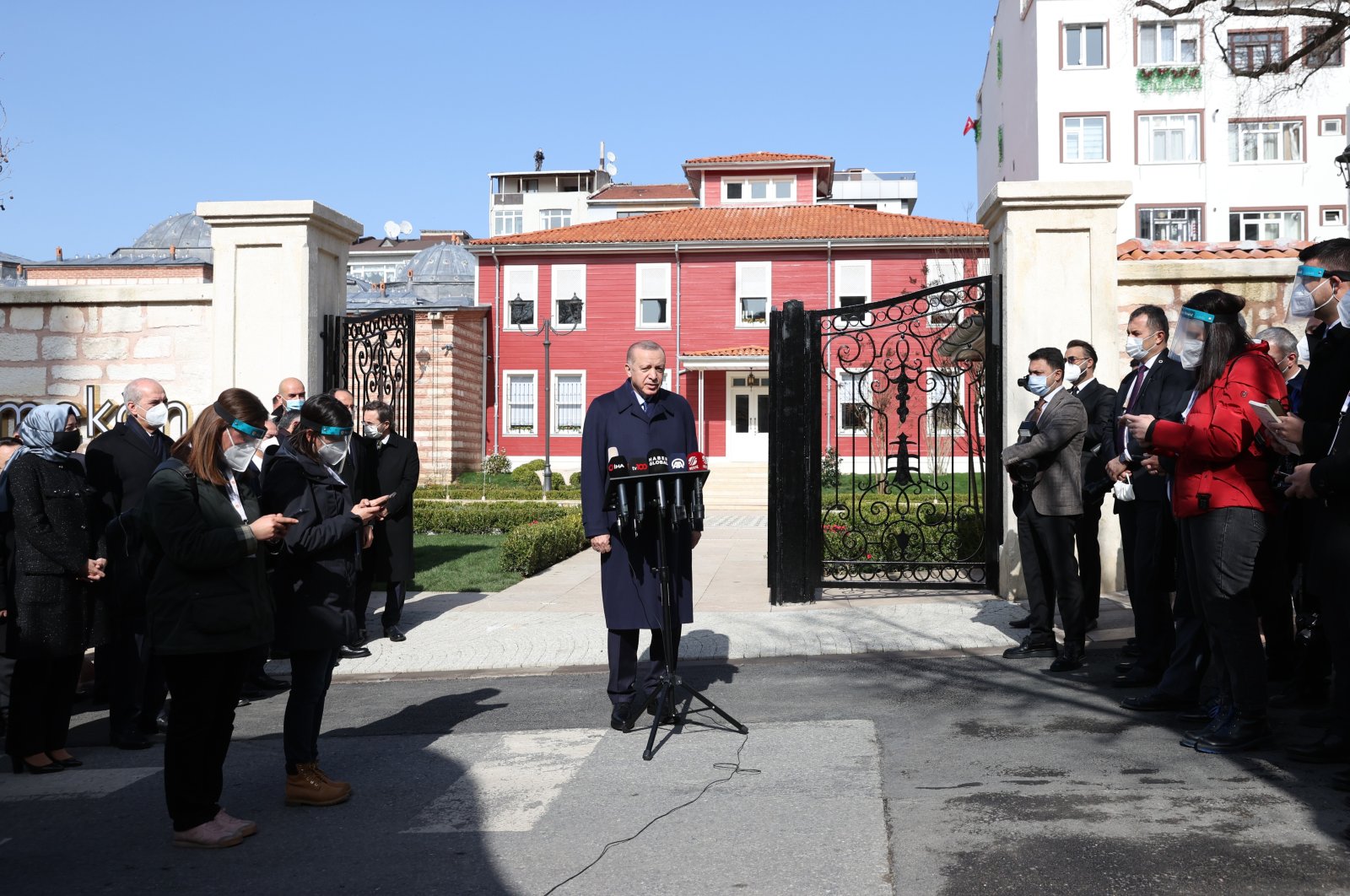 “We are against all types of coups. We simply cannot accept coup attempts,” Erdoğan told reporters in a brief news conference following Friday prayers in Istanbul.

“They need to leave this decision to the Armenian people’s will,” Erdoğan added.

Armenia’s prime minister spoke of a military coup Thursday after the military’s General Staff demanded that he step down after months of protests sparked by the nation’s defeat in the Nagorno-Karabakh conflict with Azerbaijan.

The General Staff issued a statement calling for the resignation of Prime Minister Nikol Pashinian, which was signed by top military officers. The move was triggered by Pashinian’s decision earlier this week to oust the first deputy chief of the General Staff.

Pashinian called the military’s statement a “military coup attempt” and ordered the firing of the chief of the General Staff. He urged the military to only listen to his orders and called on his supporters to take to the streets and back him.

Shortly after the announcement, Pashinian gathered with his supporters at Republic Square. The prime minister called the situation in the country manageable and announced that he is ready to discuss pressing issues, stressing that “we have no enemies inside Armenia.”