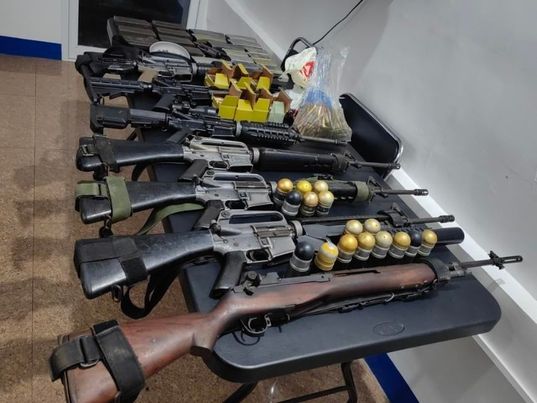 The unlicensed guns seized by CIDG operatives from a defeated vice mayoral aspirant in Maguindanao. (Photo courtesy of Ferdinand Cabrera)

Police said Usop Sanggacala Aron, former chairman of Barangay Rumirimbang, Barira town, did not resist the implementation of a search warrant in his house in Parang town.

Aron ran but lost in the vice mayoral race in Barira during the May elections.

Lieutenant Colonel Bernard Lao, head of BARMM’s Criminal Investigation and Detection Group (CIDG), led the operation based on a search warrant issued by a local court.

CIDG operatives, backed by Barira police and soldiers, swooped down at 1 a.m. Friday on the house of Aron in Barangay Orandang.

Aron told the police that he owned only two firearms, although these were unlicensed.

He told authorities that neighbors and acquaintances pawned the other firearms to his son.

Due to the haul of unlicensed weapons, police arrested Aron.

Singapore to conduct another execution for drug trafficking — activists