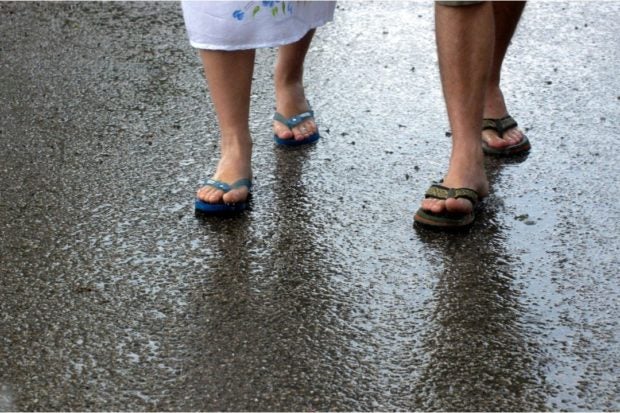 HARARE — Salespeople in and around a Zimbabwe mall have been wearing sandals all week to defy rumors that they are involved in the alleged trade of human toes for witchcraft, one of them said on Saturday.

The gossip appears to have started after a social media post on Monday claimed toes could be sold for $20,000 to $40,000 depending on size, blaming a government “incapable of creating jobs” for generating the purported business.

People started whispering that vendors near Ximex Mall in Harare wore closed shoes to disguise the fact that they had taken part.

All week “we have been coming here with open shoes to prove the point that we don’t do witchcraft here,” Tafadzwa Murengwa told Agence France-Presse (AFP) in the car park outside the mall, speaking on behalf of the traders.

“It’s a hoax. People were just fooling around on social media,” the 29-year-old said.

“If there was such (a thing), the way people are suffering, wouldn’t we all be doing it?”

Unverified videos have been circulating since the start of the week, feeding the rumors.

In one, a man is shown having his toe cut off and can be heard asking for the keys to the four-wheel drive he was promised as payment.

In another, a man hobbles into a pickup truck with a bandage on his left foot, mumbling about not needing his toes now that he has a car.

The allegations stem from an old belief that a traditional healer can help someone find wealth if they sacrifice a toe.

They have sparked jokes that people driving fancy cars possibly became rich through the “cryptoe” trade.

Zimbabwe’s The Herald newspaper this week said it had found a salesman who said he was part of the trade. But he retracted his statement the next day, saying he had been drunk and did not know he was being recorded.

Zimbabwe’s deputy minister of information, Kindness Paradza, has also dismissed the hearsay after visiting the mall on Thursday.

“There is no such thing happening here,” he told national broadcaster ZBC.

Albino people increasingly murdered for their body parts in Malawi