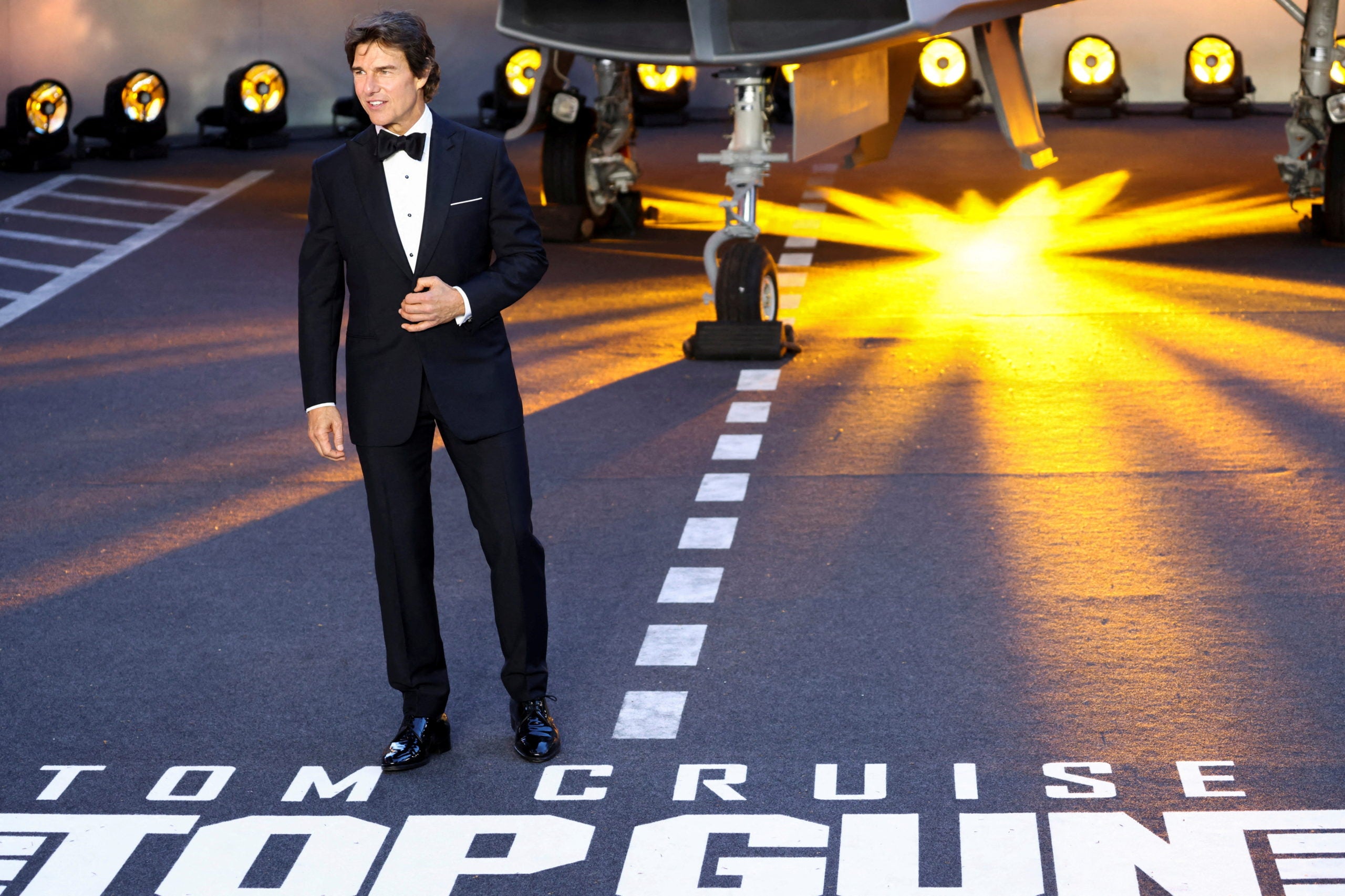 Pandemic times or not, the Paramount and Skydance release is eclipsing significant box office milestones at record speed. After only 10 days on the big screen, “Top Gun: Maverick” has generated $291 million in North America and $548.6 million globally.

Thanks to positive word of mouth, rapturous reviews and premium screens, ticket sales for “Top Gun: Maverick” dropped only 32% from its $160 million debut over the long Memorial Day holiday weekend.

It’s the smallest second-weekend decline for a movie that opened to $100 million or more, according to Comscore. That’s an especially impressive benchmark — even for a reviewed movie — because blockbusters, like “Maverick,” tend to be front-loaded and drop at least 50% after opening weekend.

comparison, “Spider-Man: No Way Home” and Marvel’s “Doctor Strange in the Multiverse of Madness” each declined 67% in its sophomore outing, while Robert Pattinson’s “The Batman” fell 50% in its second weekend and “Eternals” plunged 62%.

“It has never been more appropriate to say ‘the sky’s the limit’ for ‘Top Gun: Maverick,’” Paramount’s president of domestic distribution Chris Aronson wrote in a note to press.

From Neon, the movie launched to $1.1 million from 773 theaters, translating to a decent $1,423 per location. Viggo Mortensen, Lea Seydoux and Kristen Stewart star in the gruesome “Crimes of the Future,” which premiered at this year’s Cannes Film Festival.

In second place, “Doctor Strange in the Multiverse of Madness” added $9.3 million from 2,430 venues between Friday and Sunday. After five weeks in theaters, the Marvel movie has earned an impressive $388.7 million domestically and a mighty $909.4 million globally.

Without playing in China or Russia, which are two major international markets, “Doctor Strange 2” is the ninth-highest grossing title in Disney’s 28-film Marvel Cinematic Universe. It also stands as the highest-grossing release of the year globally and second-biggest earner of the pandemic era.

Disney and 20th Century’s “The Bob’s Burgers Movie” remained in third place in its sophomore outing. Ticket sales declined 64% to $4.5 million from 3,425 cinemas, bringing its North American tally to $22.2 million.

At No. 4, Universal’s animated heist comedy “The Bad Guys” added $3.3 million from 2,872 locations in its seventh weekend of release. To date, the film has amassed $87 million.

The “Downton Abbey” sequel rounded out the top five with $3 million from 3,471 theater. Since its launch, “Downton Abbey: A New Era” has grossed $34 million in North America.

The follow-up to 2019’s “Downton Abbey” cost $40 million to produce, meaning the latest “Downton” adventure has ways to go before getting into the black.

Elsewhere, A24’s little-indie-that-could “Everything Everywhere All at Once” crossed $60 million domestically in its 11th weekend of release. On the same weekend it landed on home entertainment, the film expanded to 1,434 theaters and grossed $2 million, declining only 18% from the weekend prior.