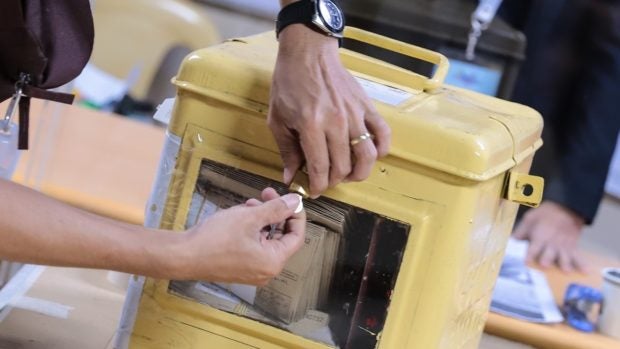 COC RECEPTION ROUNDUP: The Senate has received a total of 150 Certificates of Canvass (COCs) for President and Vice President as of 7:28 a.m. Wednesday, May 18, 2022. (Senate PRIB Photos)

MANILA, Philippines — Malacañang on Friday maintained that there are “no voting irregularities” in the recently concluded national and local elections.

This, after an interim report by the International Observer Mission (IOM) said that the May 2022 elections did not meet “free and fair” poll standards, citing a “higher level of failure of the electronic voting system than ever before.”

“We reiterate what President Rodrigo Roa Duterte said during his May 11, 2022 Talk to the People Address that there are no voting irregularities,” acting presidential spokesperson Secretary Martin Andanar said in a statement on Thursday.

“Let us respect the outcome of the election and give chance to the winning candidates to fulfill their campaign platform,” he added.

Andanar, meanwhile, said Malacañang will leave it to the Commission on Elections  (Comelec) to dispel doubts regarding the 2022 polls.

For its part, the Comelec disputed the observations from the IOM, saying that only vote buying remains unresolved and that the poll body and its law enforcement partners are working aggressively to eliminate this practice.

Struggling in Ukraine, Russia paves way to sign up over-40s for army