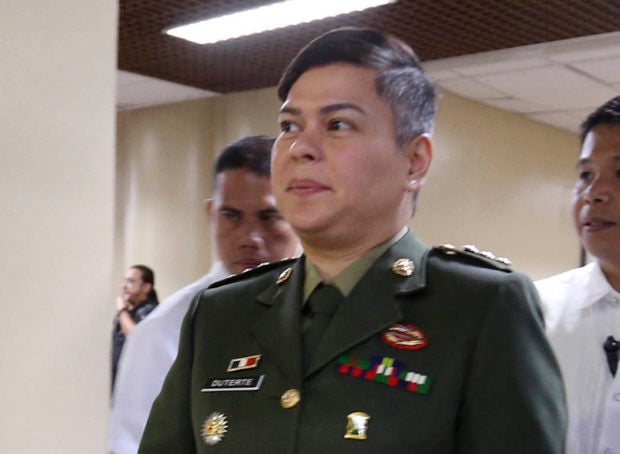 MANILA, Philippines — Davao City Mayor Inday Sara Duterte-Carpio said on Wednesday that, if elected vice president, she would push for mandatory military service for all Filipinos reaching the age of 18 — male or female.

She said she would use the Office of the Vice President to urge the House of Representatives and the Senate of the Philippines to pass such legislation.

“We see this in other countries like South Korea and Israel. It should not just be like ROTC [Reserved Officers’ Training Corp’ where it’s just one subject or one weekend or a month in a year,” Duterte-Carpio, said, speaking in a mix of English and Filipino during the Manila Virtual Caravan.

“Everyone, once your turn 18, once you reach 18 years old, you will be given a subsidy. You will be asked to serve our country under our Armed Forces of the Philippines,” she added.

In 2002, military training was made optional through the National Service Training Program (NSTP) Act of 2001 (Republic Act No. 9163).

Calls to abolish mandatory military training were fueled by the killing of University of Santo Tomas sophomore cadet Mark Welson Chua in 2001 after he exposed corruption in his school’s military training program.