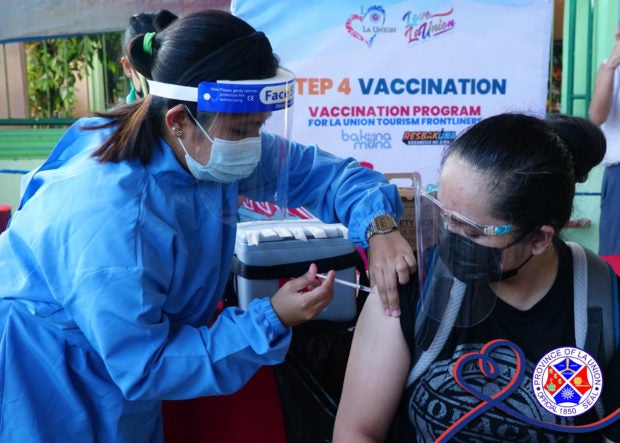 MANILA, Philippines — President Rodrigo Duterte appealed to local government units in a taped televised briefing on Monday to devise a more “systematic and efficient way” of determining who among their constituents had not been vaccinated against COVID-19.

“Please do everything to convince them to get vaccinated,” he added.

Duterte then explained that when he was mayor of Davao City it was enough for him to impose his authority in getting people to follow him.

“It just depends on your approach, your relationship [with the people] — because there are barangay captains who belong to an opposing party, and others who belong to your party. So the natural tendency of those of the opposite side will resist — even in matters like these,” Duterte said, speaking in a mix of English and Filipino.

“So I tell them: Either you follow us or you have to answer to Secretary [Eduardo] Año of the DILG [Department of the Interior and Local Government]. He’s the one who supervises local governments,” he added.

He warned that those who would not follow the protocols set by LGU heads would face administrative charges which may include suspension, forfeiture of pay, or even outright dismissal.

“I’d like to appeal to the mayors and the barangay captains to set aside half a day and ask around who has not been vaccinated and tell them that, when a schedule for vaccination has been set, they would like to see them there,” Duterte said.

“You will only infect other people if you refuse,” he added.