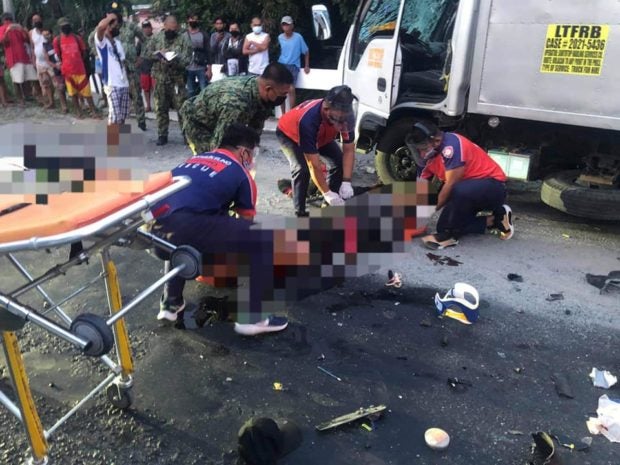 SAN ANTONIO, Zambales––Two men died while another was injured when their motorcycle collided Thursday evening with a delivery truck in San Marcelino town, police said.

The police said the victims were traveling along the provincial road in Barangay Consuelo Norte when they tried to overtake a car but lost control of the motorcycle before crashing against an approaching truck.

The cousins and a backrider were thrown off the motorcycle and hit the pavement. They were taken to the San Marcelino District Hospital but were declared dead on arrival.


Atienza tells Bongbong: You’re not a millennial to be ignorant of martial law atrocities