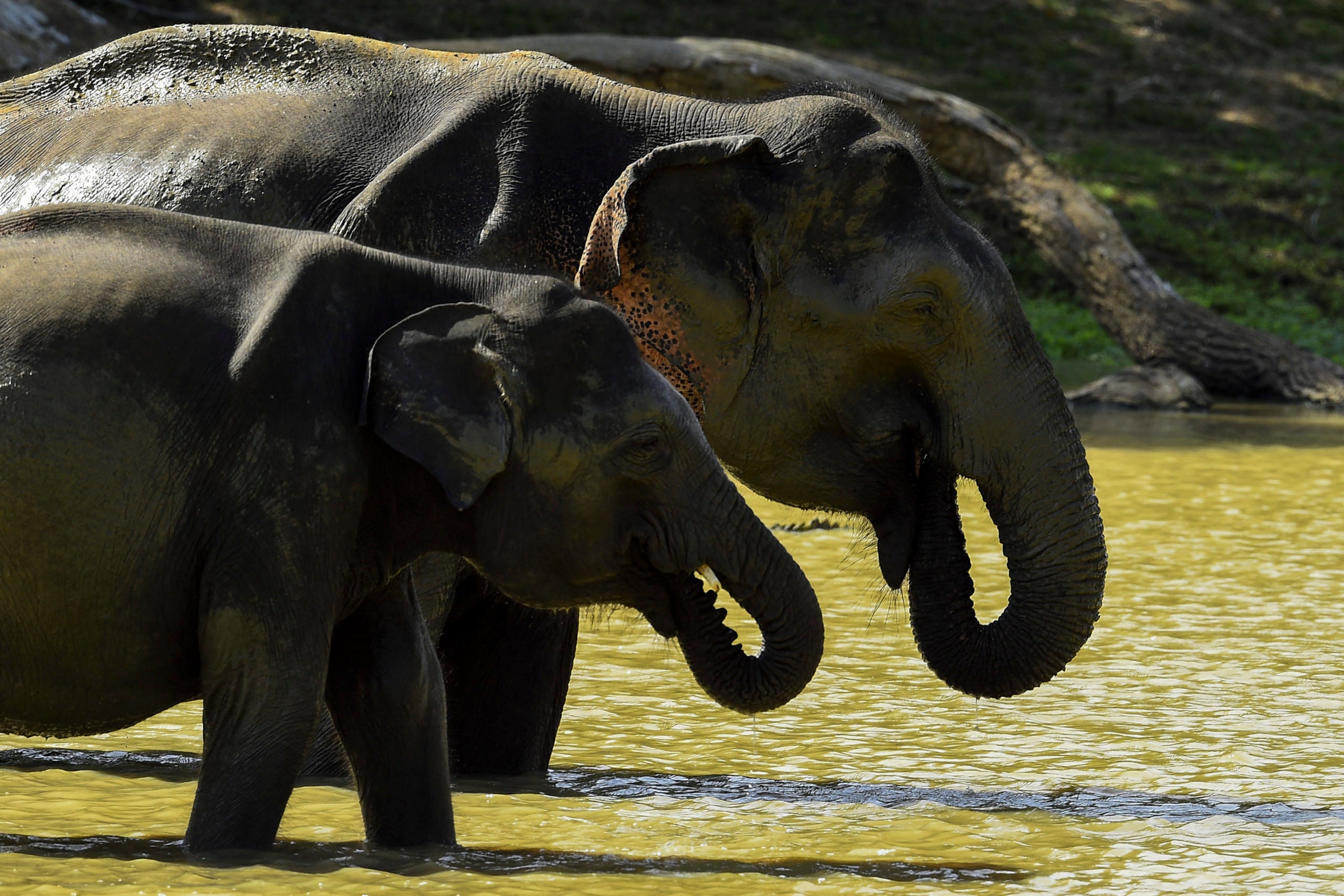 (FILE) In this photo taken on October 3, 2020, Sri Lankan elephants walk in the water at the Yala National Park in the southern district of Yala, some 250 km southwest of Colombo. (Photo by ISHARA S. KODIKARA / AFP)

COLOMBO, Sri Lanka — Sri Lanka will issue captive elephants with their own biometric identity cards and ban their riders from drinking on the job under a wide-ranging new animal protection law.

Many rich Sri Lankans — including Buddhist monks — keep elephants as pets to show off their wealth, but complaints of ill-treatment and cruelty are widespread.

The new measures are aimed at protecting the animals’ welfare and include strict regulations around working elephants, as well as mandating a daily two-and-a-half-hour bath for each creature.

Official records show there are about 200 domesticated elephants in the South Asian nation, with the population in the wild estimated at about 7,500.

The new law will require all owners to ensure that animals under their care have new photo identity cards with a DNA stamp.

It also brings in multiple regulations for working elephants.

Baby elephants can no longer be used for work — even cultural pageants — and cannot be separated from their mothers.

Logging elephants cannot be worked for more than four hours a day and night work is prohibited.

There are new restrictions on the tourism industry too — from now on, no more than four people can ride an elephant at once, and they must sit on a well-padded saddle.

Their use in films is banned, except for government productions under strict veterinary supervision, as is allowing their riders to drink while working.

“The person who owns or has the custody of such elephants shall ensure that the mahout (rider) is not consuming any liquor or any harmful drug while employed,” Wildlife Protection minister Wimalaweera Dissanayaka said in a gazette notification dated Thursday.

Owners must send their animals for a medical check-up every six months.

Those who violate the new law will have their elephant taken into state care and could face a three-year prison sentence.

Capturing wild elephants in Sri Lanka is a criminal offense punishable by death, but prosecutions are rare.

Animal rights activists as well as elephant experts have alleged that over the last 15 years, more than 40 baby elephants have been stolen from national wildlife parks.