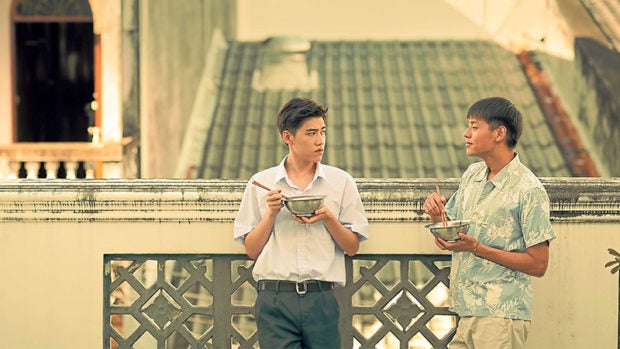 Scene from ‘I Told Sunset About You’

For Thai actors Putthipong “Billkin” Assaratanakul and Krit “PP” Amnuaydechkorn, love is without exceptions—a theme sensitively tackled and explored in their acclaimed coming-of-age series, “I Told Sunset About You (Itsay).”

“I personally believe that love is borderless. Love is about feeling. If you’re happy to love someone or love something and you’re not negatively affecting others, then I think that’s it,” Billkin told the Inquirer in a recent one-on-one interview arranged by the Filipino video streaming platform POPTV.

“You can define yourself as anything you’re proud to be, love to be and that you want to be. We shouldn’t have exceptions in love,” he stressed. “Love is happiness … limitless.”

Produced by Nadao Bangkok and Line TV, “Itsay” is a boys love (BL) drama that revolves around estranged childhood best friends Teh (Billkin) and Oh-aew (PP), who cross paths at a Chinese-language school in preparation for university admissions. They have never spoken in years, but their reunion unwittingly unearths complicated feelings that lead them to self-discovery.

The five-episode series is beloved around the world, and has received acclaim from critics, who regularly rate “Itsay” as one of the best in the BL genre. Set in the scenic island of Phuket, the series is regarded for its elegant cinematography, polished storylines, nuanced acting and its relatively subdued tone. “Love is purely an emotion, a feeling inside every individual. If you love something, do it,” added PP, who was first paired with Billkin in the 2019 series “My Ambulance.” And while the two played only a supporting couple, their chemistry easily won the hearts of fans, who clamored for their own starring series.

And now, Filipino fans can catch up or relive “Itsay” in the local language on POPTV, which offers an extensive catalogue of Filipino-dubbed international content.

“Itsay is a well-done series that Filipinos can surely connect with. We’re excited to partner with Line TV and offer this to the Pinoy BL fans out there. We do active social listening, we follow the trends, and even touch base with different audience groups in order for us to really understand what our market wants,” POPTV COO Jackeline Chua said. 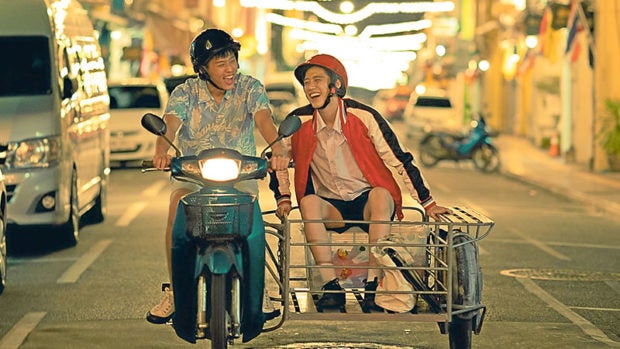 The rest of our interview with Billkin (B) and PP:

Did you ever think your pairing would become as big as it is now, back when you were doing ‘My Ambulance’?

B: At the beginning, we didn’t really think about how far we can go—we just felt that we had to do our best and do our responsibilities to make the characters alive. And if you can do even better, then do it, so that when the day of the results comes, there will be no regrets because we did our best.

What do you think made your pairing appealing to the audience?

PP: We have known each other for about four to five years already. It’s about the chemistry of being best friends. When we perform together, the improvisations are easier and the acting feels more real. We understand each other and can sense what we want to say.

B: The chemistry is special. Sometimes, the magic moment occurs unexpectedly. I believe that’s the one of the good things that makes the pairing special.

What was it like working with each other? And despite your natural chemistry, was there anything you still had to work on?

B: I think it’s both. The chemistry comes naturally, but there are also things we do have to work on. We have to set goals for the scenes and the characters, and figure out what they want and what they need.

It’s also about communicating through the scenes. As I have said earlier, the magic moments sometimes happen unexpectedly, through the instincts of the actors. But sometimes, you have to work on it behind the scenes, try to work things out in order to do the scenes perfectly.

You have to be brave. You have to explore yourself, and find new things and new feelings and paths.

‘Itsay’ gave you your first lead roles. Were you nervous? How did you feel about the success of the show?

B: It was unexpected to achieve such great feedback and receive such amazing compliments and comments, from Thailand and from all over the world. Our objective was just to perform at our best. We didn’t expect to be globally known. Starring in this series also gave us the opportunity to develop our respective career paths. We feel thankful for this.

What do you think sets ‘Itsay’ apart from other BL series?

B: The character development and the coming-of-age story. The characters face situations that help them grow more mature, give them experiences and teach them lessons. It’s about growing up and that makes it special to us. 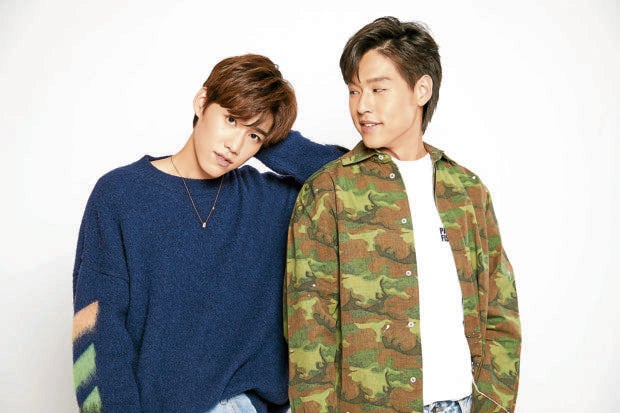 PP: Different series have different sides and storytelling. But what makes this special is that there’s less dialogue and more body gestures, movements and actions to portray what we want the viewers to see. The story is also told through the mood, occasion and the atmosphere of the whole story. That’s very special for me.

What was the best part of filming in Phuket? Do you think the setting made the series better?

P: Filming in Phuket was really quite an experience. The whole production team stayed there for 1.5 months. We lived in the same hotel, hung out and spent time together. After shooting, we traveled together. And that benefited the series, because the whole team and cast moved in the same direction and we better understood what the aim was.

The beaches are also beautiful. The island, the atmosphere, the mood and the tone of the place are very good. We’re also happy to show cultural diversity to other people.

Why do you think BL series, Thai BL, in particular, are becoming more and more popular?

B: I think it’s because BL is new to the Thai drama society. For many years, even decades, we have always been used to seeing straight couples onscreen. But nowadays, for the past five, 10 years, we have more LGBTQ+ [characters] in leading roles. It’s new to us and a new experience for audiences. It’s good for audiences to explore new kinds of things in the drama society.

Do you think people are now more open about seeing BL couples onscreen?

B: People are more open to BL couples in series nowadays, because preferences, perspectives on gender and LGBTQ+ have widened. If the series is successful, it means that people are happy and enjoying the series that features these couples.

If you think this (BL) is wrong, then you probably won’t see it. It will not be successful if people think it’s wrong in the society. If people in this age become more happy with it, that means there’s a good development when it comes to acceptance of a variety of sexual preferences. INQ