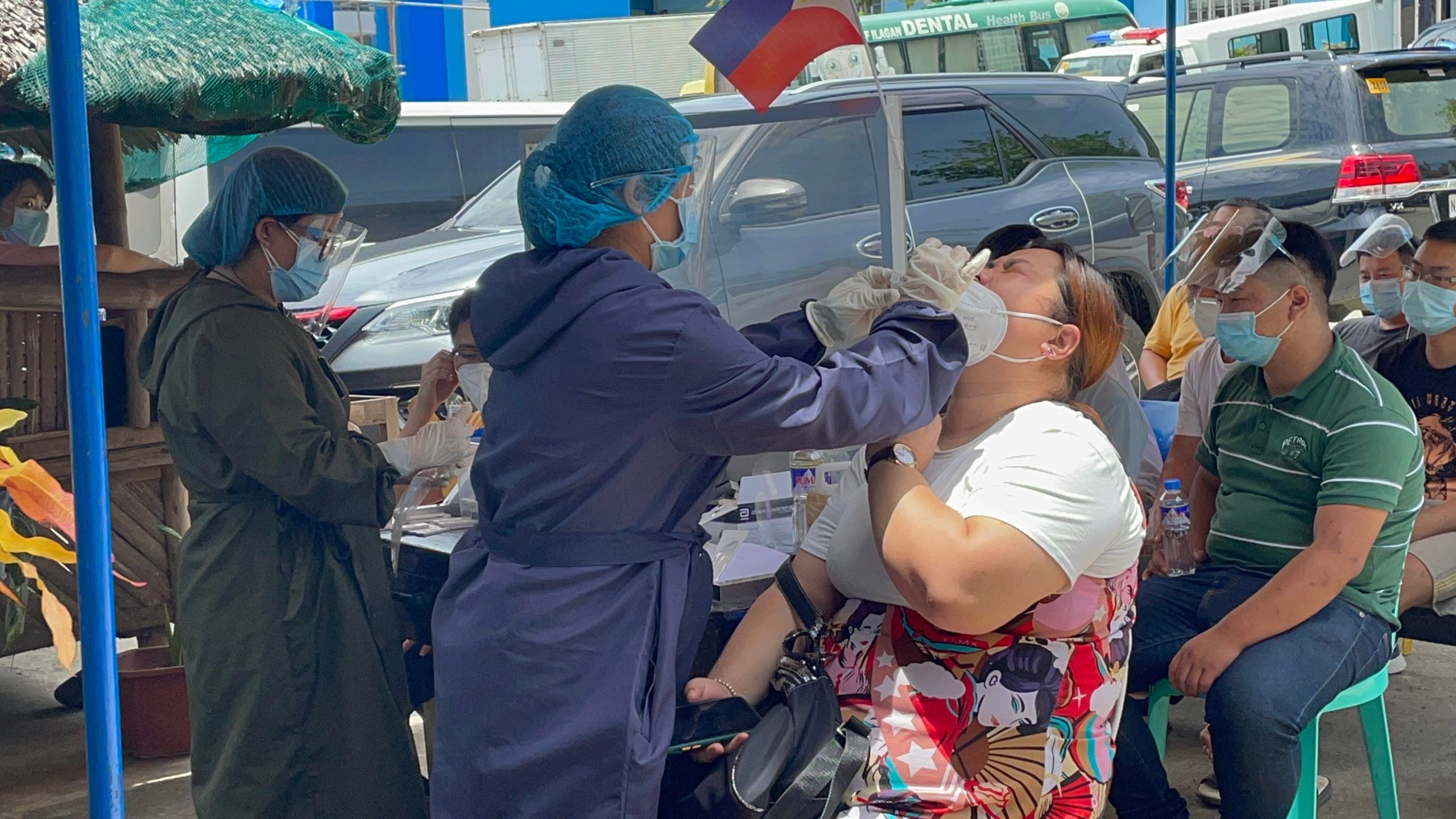 Health workers take swab samples from the Chinese nationals who were arrested in the City of Ilagan in Isabela province for alleged breach of health protocols. (Photo by Villamor Visaya Jr.)

Police said the Chinese and their Filipino companions were on board three vans and came from Manila.

They were reportedly applying for a driver’s license at the Land Transportation Office here.

Lt. Col. Virgilio Vicon Abellera, Ilagan City police chief, said the foreign nationals and their companions were accosted after they arrived at the LTO in droves.

It was not immediately known why the foreigners had to come here to get a driver’s license.

They were later asked to present their RT-PCR tests, travel documents, and health declaration forms that appeared to be fake.

Jaymar Albano, immigration officer, said the Chinese have working visas except for the three of them whose tourist travel documents are still being verified.

Abellera said the foreigners would be charged with violation of health protocols. INQ