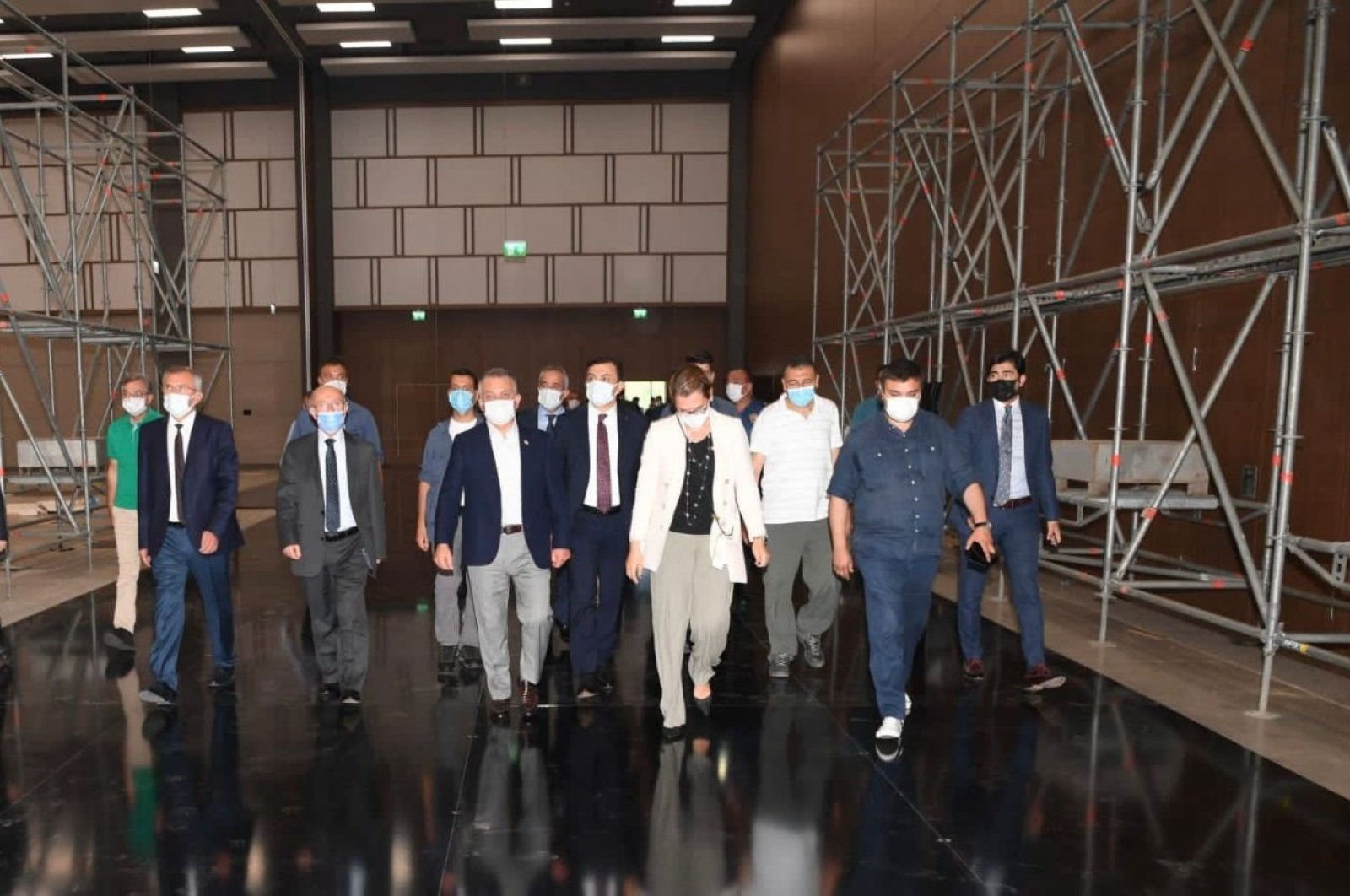 The Antalya Diplomacy Forum is likely to be one of the first big face-to-face international meetings since the start of the COVID-19 pandemic and the aim is to hold it each year, a senior Turkish official said Thursday.

“We are expecting more than 1,000 people” at the event, which Turkey’s Foreign Minister Mevlüt Çavuşoğlu will host, said Karagöz.

Those participating will have to undergo COVID-19 PCR tests at their hotels in the Mediterranean coastal city before they can enter the conference to discuss regional peace and cooperation issues.

It will be “an annual gathering of officials, politicians, bureaucrats, diplomats, academics, business people, media and opinion-makers to discuss and find solutions to current regional and global issues,” Karagöz said.

The aim is for a candid and open debate in a less formal setting than many conferences, he added.

The organizers planned to hold the first session of the forum in 2020 under the title Digital Diplomacy, but it was halted due to COVID-19 pandemic restrictions.

“So far, we have around 10 confirmations by heads of state and government, as well as from people at the level of foreign minister from 44 nations,” said Karagöz.

“We do not envisage the leaders, politicians and panelists to simply read statements. Rather we want lively debate and free discussion.”

Regionally the forum will involve people from the transatlantic to Asia, Africa and the Eastern Mediterranean.

“We will be bringing parliamentarians from different parts of the world, and at the forum they can discuss the increasing importance of parliamentary diplomacy,” said Karagöz, who is also director-general for information in the Turkish Foreign Ministry.

Africa is of particular importance at the forum, and at least 10 foreign ministers from the continent are expected to attend. A panel will focus on Africa, and there will be a roundtable dedicated to Turkish-African cooperation.

It is hoped that a foundation will eventually run the forum once the event gets going.