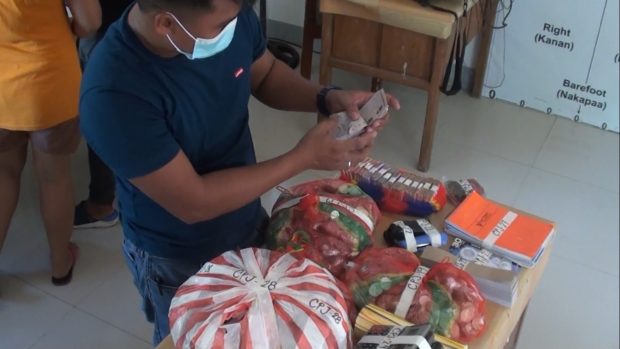 A member of the Criminal Investigation and Detection Group inspects seized items from seven suspected jueteng workers during a raid Tuesday in Cauayan City. (Photo by Villamor Visaya Jr.)

The suspects were allegedly involved in the illegal numbers game “jueteng” in Barangay Minante Uno.

The suspects were allegedly part of the Tiaong Jueteng Group from Quezon province.

Seized from them were P52,400 cash and jueteng paraphernalia.

They will be charged with violation of the anti-illegal gambling law.