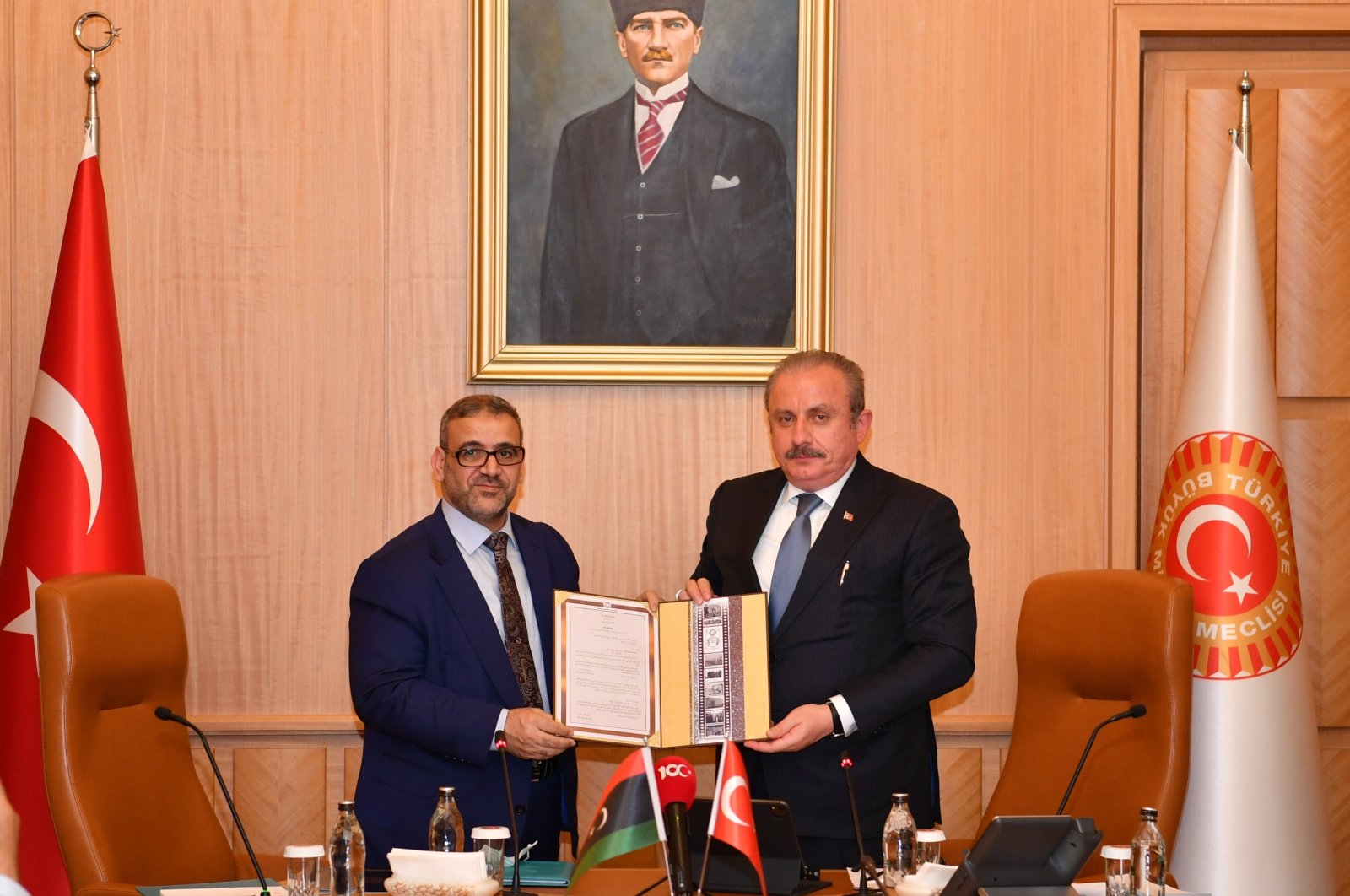 The Libyan nation is “going to the ballot box without any pressure, and the reflection of their free will on the election results will, of course, be a turning point for the future of Libya,” Şentop said during a meeting with the chairperson of the Libyan High Council of State Khalid al-Mishri and his delegation in the Turkish capital, Ankara.

Şentop said Turkey is closely following developments in Libya toward the establishment of safety, stability and political unity.

Preserving the political unity, sovereignty and territorial integrity of Libya and the peace and welfare of its nation is Ankara’s priority, he said, expressing optimism for the elections planned for December.

Al-Mishri, for his part, said the two nations have historical ties and highlighted the fraternal relations between their countries.

He thanked Ankara for its support and said, “If Turkey had not sided with Libya, we would have been talking about mass murders and graves in Tripoli, not about the elections.”

He said the Libyan nation desires the continuation of Turkey’s support of their country.

After years of conflict between the United Nations-recognized Government of National Accord (GNA) and illegitimate forces loyal to putschist Gen. Khalifa Haftar in Libya, and the consequential difficult diplomatic period, an interim unity government has been established in recent months.

Selected through a U.N.-led process, Libya’s new unity government, the Government of National Unity (GNU), was sworn in on March 15. It is derived from two rival political groups that ruled the country’s eastern and western regions, completing a smooth transition of power after a decade of violent chaos. The new government will lead Libya to the Dec. 24 elections.

Turkey and Libya also agreed to further their cooperation in multiple areas over a series of meetings, including in the fields of oil and natural gas. Libyan Prime Minister Abdul Hamid Dbeibah declared that economic deals with Turkey should remain in place.

In 2019, Ankara signed a maritime delimitation agreement with the GNA over the Eastern Mediterranean that provided a legal framework to prevent any fait accompli by regional states. The two countries also signed a military cooperation accord.