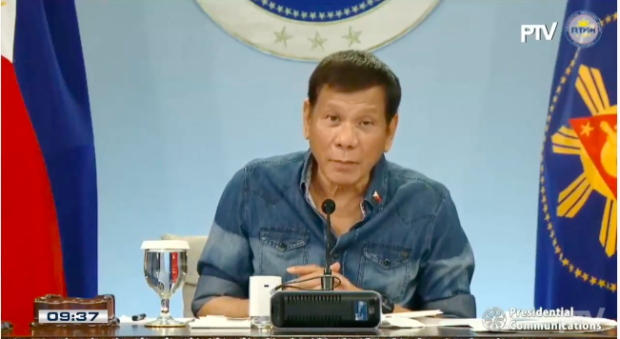 A screenshot of President Rodrigo Duterte during his “Talk to the People”, a pre-taped national address aired on television on Monday night, April 12, 2021 – two weeks after being absent from the public eye. PTV live streaming

MANILA, Philippines — Appearing on national television via a pre-taped national address on Monday night – after a two-week absence from the public eye, President Rodrigo Duterte told his ill-wishers to “pray harder” if they want him to already die.

“If you want me to die early, you must pray harder. Actually, what you intend or what you would like to happen is to see me go, you want me to go and you are praying for that,” he said during his recorded “Talk to the People.”

His last public appearance before this night was on March 29, when he personally received one million doses of China’s Sinovac vaccines at the Villamor Air Base in Pasay City.