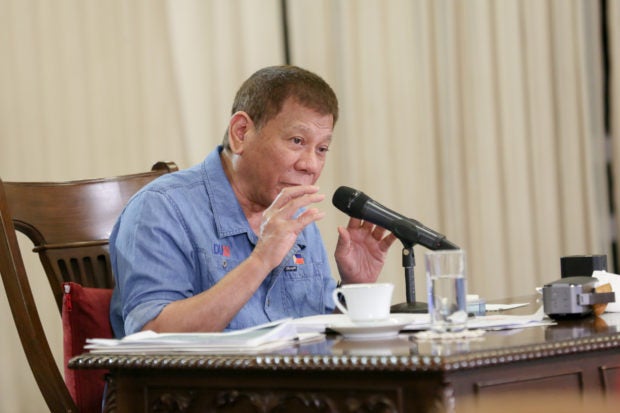 MANILA, Philippines — President Rodrigo Duterte addressed the nation after being away during his two-week absence from the public eye, saying he can go home to Davao City if he wants to.

(When  I was out for a few days, I intentionally did that. When you rummage through something about me, like a child, the more you taunt me the more I get interested.)

“Sinabi ko [I say], my residence is the city of Davao and if I want to go home there, on reasonable basis, I can because that is my home. And if I want to be unreasonable about it… ginagawa ko rin yan. Tutal naman yung pampamasahe ko, hindi naman sa gobyerno [I am doing that. The fare I pay doesn’t come from the government, anyway],” he added.

Duterte’s absence from the public eye sparked speculations about his health condition, with some claiming it is deteriorating.

The hashtag #NasaanAngPangulo even became a trending topic on Twitter as Filipino netizens questioned his absence from the public eye at the height of the record-high single-day tally of coronavirus cases in the country.

However, over the weekend, Senator Christopher “Bong” Go released an undated photo and video of Duterte playing golf and riding a three-wheeled motorcycle.