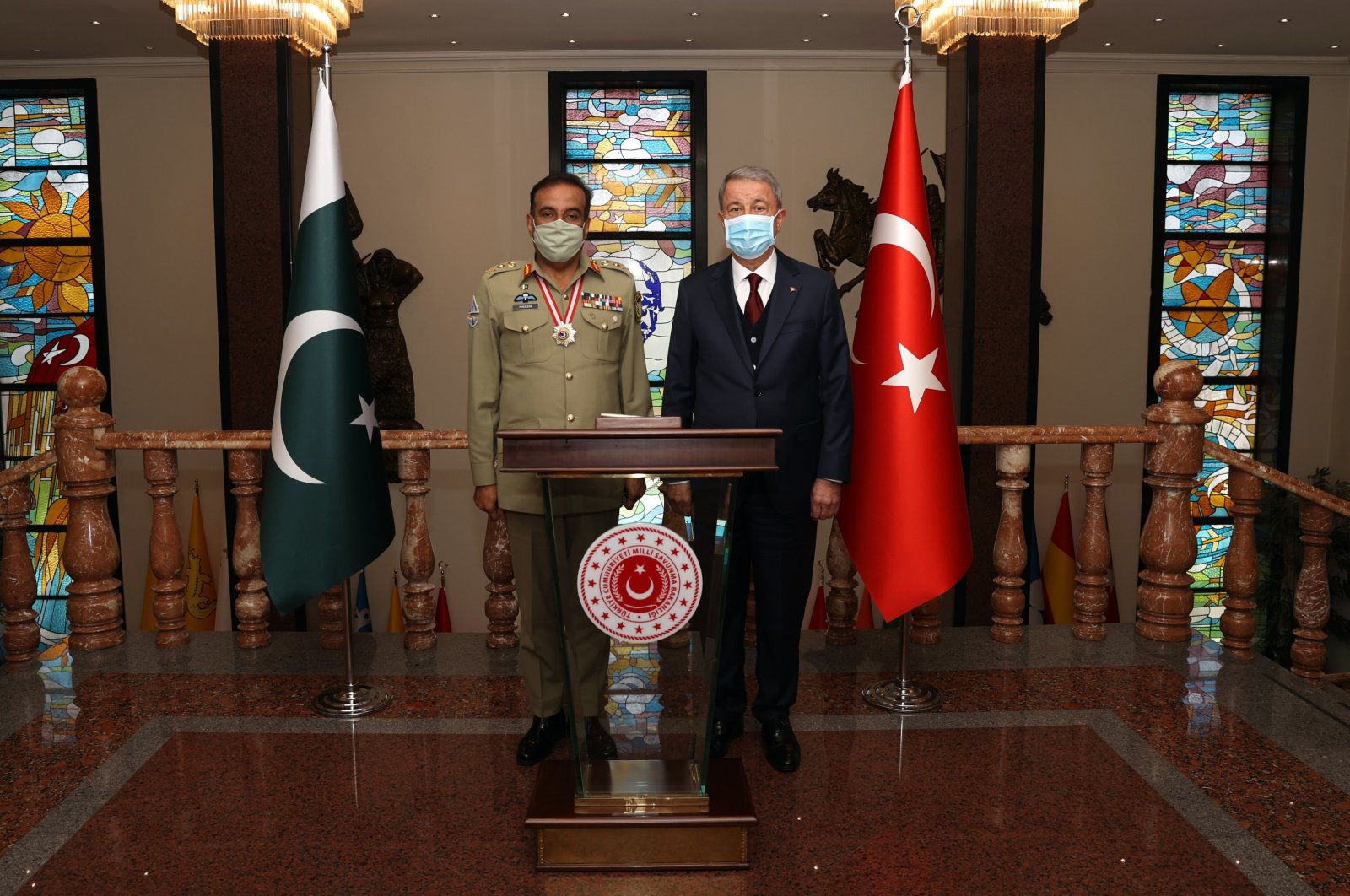 A top Pakistani military general on Thursday received the award of Legion of Merit from the Turkish Armed Forces due to his services in promoting defense relations between Turkey and Pakistan.

Raza, who is currently on an official visit to Turkey, was given the award in “recognition of his outstanding services for promotion of Pakistan-Turkey defense ties.”

“Both the commanders held extensive talks. Matters of bilateral interest with an emphasis on geo-strategic situation and security challenges came under discussion. Both sides reaffirmed the resolve to further enhance cooperation between the armed forces of the two brotherly countries,” the statement added.

The statement said the Pakistan military delegation also visited various facilities of the Turkish defense industries including Baykar, which is known for its high-end drone technology.