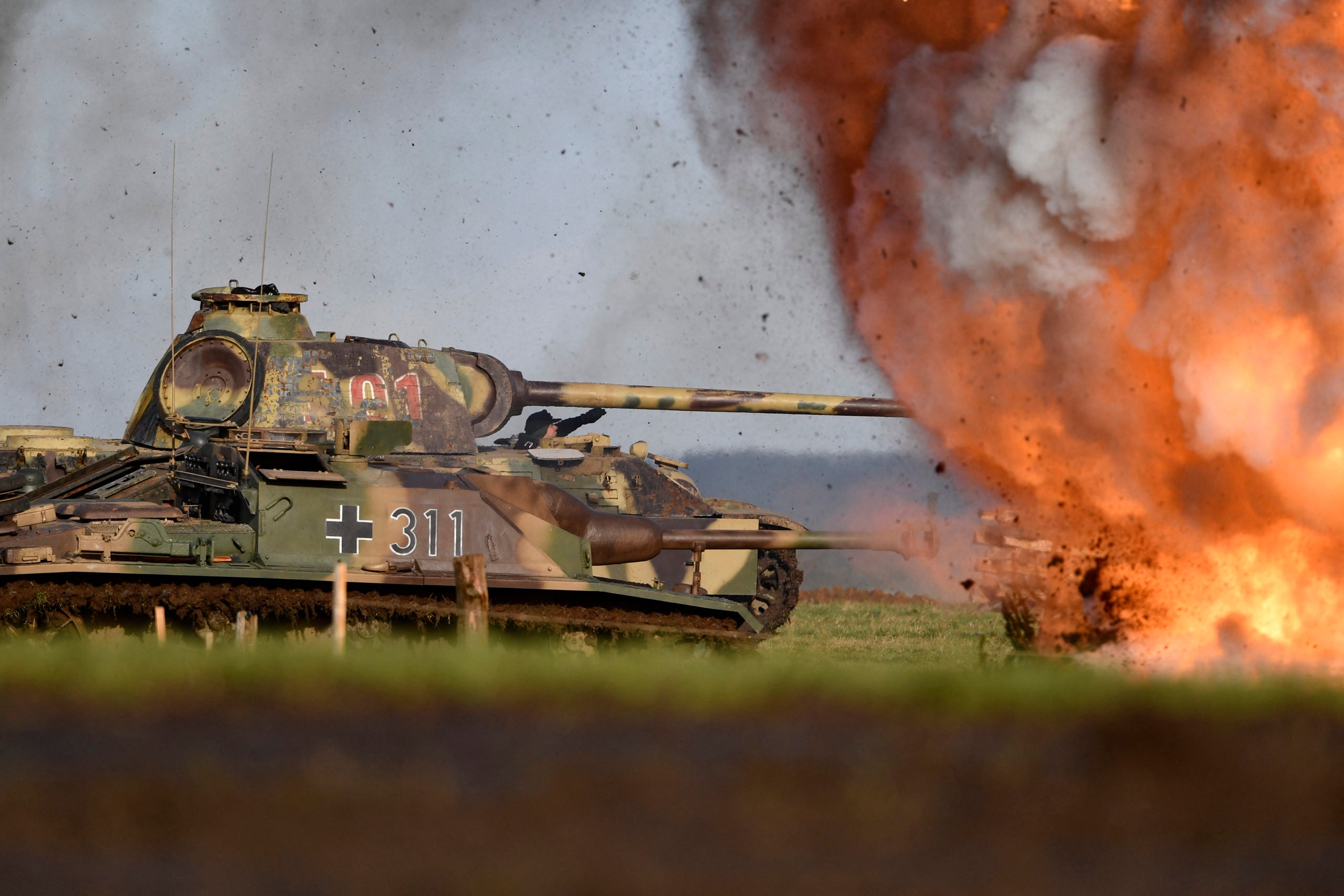 A German Jagdpanzer tank fires during a historical re-enactment of the Battle of the Ardennes as part of commemorations marking the 75th anniversary of the WWII battle, in Hardigny on December 15, 2019. – The battle, fought over the winter months of 1944 and 1945, was the last major Nazi offensive against the Allies in World War II. (Photo by JOHN THYS / AFP)

WASHINGTON — Charles Coolidge, who was awarded the U.S. Medal of Honor for leading an outmanned platoon against German troops and tanks in eastern France in 1944, died earlier this week at 99, according to the National Medal of Honor Heritage Center.

Coolidge, the oldest-living recipient of the highest U.S. war honor,  died “peacefully” in Chattanooga, Tennessee, near his birthplace of Signal Mountain, on April 6, the Heritage Center said.

During World War II Coolidge fought in North Africa and then Italy, where, in mid-1944 as part of the 36th Infantry Division, he won the Silver Star, the second-highest commendation, in the fight to capture Rome from the German army after the Anzio landing.

His division was then sent to Southern France in August 1944, where it marched up the Rhone River and then moved to the northeast along the Moselle, fighting with the First French Army.

The division took heavy casualties in a number of skirmishes with the Germans.

In October, Coolidge, as a technical sergeant, was with a platoon in the forest at Belmont-sur-Buttant in the mountainous Vosges region of eastern France near the German border, when they ran into a German company with tank support, according to the Heritage Center.

With no officer in the area, the 23-year-old took command of the platoon and tried to bluff their way out, demanding the enemy surrender, only to be answered with heavy fire.

“Over the course of four harrowing days, the enemy launched repeated attacks against the position while Technical Sergeant Coolidge walked up and down the front line in direct line of fire, leading, calming, and reassuring his men, most of whom were fresh recruits,” the Heritage Center said.

“Outnumbered and outgunned, the small combat group was able to repeatedly repel the enemy force due to Coolidge’s adept leadership.”

After the Germans called in reinforcements and moved on their position, Coolidge attempted another rebuff, taking a bazooka up toward the tanks.

But the bazooka would not fire, so he lobbed grenades at the enemy, before heading back to withdraw the platoon, with no losses of life on his side.

The next year he was awarded the Medal of Honor for “his heroic and superior leadership” under intense fire.

After the war he returned to Tennessee, raising a family with three sons and joining his father’s printing business, retiring only four years ago.

He meanwhile fought multiple sclerosis for over five decades, the Heritage Center said.

“Coolidge was, above all, a model of integrity, honor, and determination,” it said.