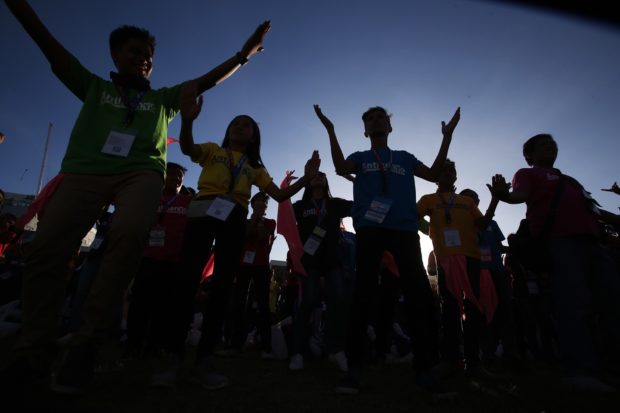 MANILA, Philippines — Aside from endangering people’s lives, the COVID-19 pandemic has also left the Filipino youth more vulnerable to abuse and sexual and reproductive health (SRH) risks as they lose access to government services like contraceptives and counseling.

This was the revelation made by the Commission on Population and Development (PopCom) executive director and Undersecretary Juan Antonio Perez III during the ECOSOC Youth Forum on Thursday, as the country is facing another set of stringent lockdowns for Metro Manila and other areas due to the rise in COVID-19 cases.

Perez said the pandemic has kept adolescents at home and unable to access reproductive health measures, which has led to more unplanned pregnancies.

“These adolescents have no decision-making power, economic independence, autonomy, and are considered by many countries as powerless,” Perez said in the forum, which was held in commemoration of the World Health Day.

“They face greater risks of repeat pregnancies, and are vulnerable to gender-based violence (GBV) as well as intergenerational poverty during, and as a result, of their early childbearing,” he added.

In his presentation, Perez cited numbers from a 2020 study conducted by the University of the Philippines and the United Nations Population Fund, which said that the country saw a 42 percent increase in unplaned pregnancies amid the lockdowns due to the COVID-19 pandemic.

This means that the total number of unplanned pregnancies in 2020 may reach 2.56 million, at least 751,000 more than previous year.

From these unplanned pregnancies, over 1 out of 10 of the females are still in their teenage years.

READ: UN experts worry rise of early marriage among girls due to pandemic

The same report also showed that Filipino women not getting family planning support rose by 67 percent.

Perez said that it is imperative that the country act on the issue, especially since young people are excluded from some provisions of the Republic Act No. 10354 or the Responsible Parenthood and Reproductive Health (RPRH) Law of 2012, like the provision of contraceptives.

The Philippine Supreme Court has declared the provision unconstitutional, as teenage pregnancy was not yet labeled a social problem.

But aside from constitutionality issues, Perez noted that young people do not have as much access to reproductive health services because the government disallows young people from leaving their homes, especially during the implementation of an enhanced community quarantine (ECQ) — the strictest quarantine classification.

To counter this, PopCom will be leading a social protection program for adolescent who have become parents, especially first-time parents during the COVID-19 pandemic.

Perez, however, noted that such efforts would only be possible if social safety nets are placed to assist young parents, and if adolescents’ reproductive health are considered as a pressing issue not only in the Philippines, but across the globe.