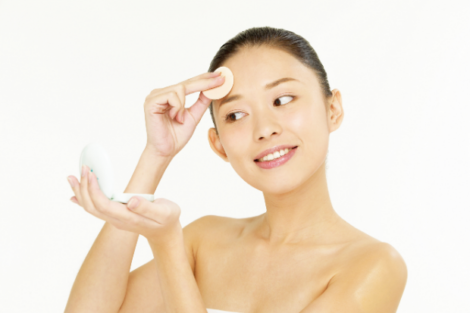 Certain substances present in cosmetics and beauty products could be responsible for an increased risk of endometriosis. Spanish researchers are sounding the alarm, calling for preventive measures to reduce public exposure to these compounds.

A chronic disease that can be disabling, endometriosis is characterized by “the presence outside the uterine cavity of tissue similar to the uterine lining which will be affected by hormonal changes during each subsequent menstrual cycle,” according to the EndoFrance association. Affecting one in ten women of childbearing age, the disease is most often responsible for chronic pain, but also in some cases of infertility.

A team of researchers from the University of Granada and the San Cecilio Hospital in Granada has investigated the role of hormones in the development of endometriosis, and more specifically the question of endocrine disruptors, substances capable of mimicking or blocking the natural action of hormones.

“Although the exact causes of its appearance are not known, a diverse range of factors are suspected of being involved, including genetic, epigenetic, and environmental causes , with hormones appearing to play a key role,” explain Olga Ocón and Francisco Artacho, who worked on the study.

Endocrine disruptors in some cosmetics

The scientists sought to measure internal levels of parabens and benzophenones, two substances suspected of being endocrine disruptors, in 124 women with and without endometriosis, recruited via public hospitals in the city of Granada, and collected information on each woman’s use of cosmetics and beauty products.

Verdict: the study reveals a link between the use of certain cosmetics such as lipsticks, face creams, hairsprays or hair dyes, and high internal levels of parabens and benzophenones. The researchers added that they also observed an association between high levels of some of these endocrine disruptors and a risk of endometriosis. The use of certain cosmetics, not all of them, it should be noted, could have contributed to the increase in cases of endometriosis detected in recent years.

Based on the principle that it is still difficult to establish a diagnosis of endometriosis, the researchers warn of the need to implement preventive measures to reduce exposure to these various substances. In particular, it would be advisable to turn to beauty products that are free of endocrine disruptors. JB

2021: Beauty is getting back to its roots