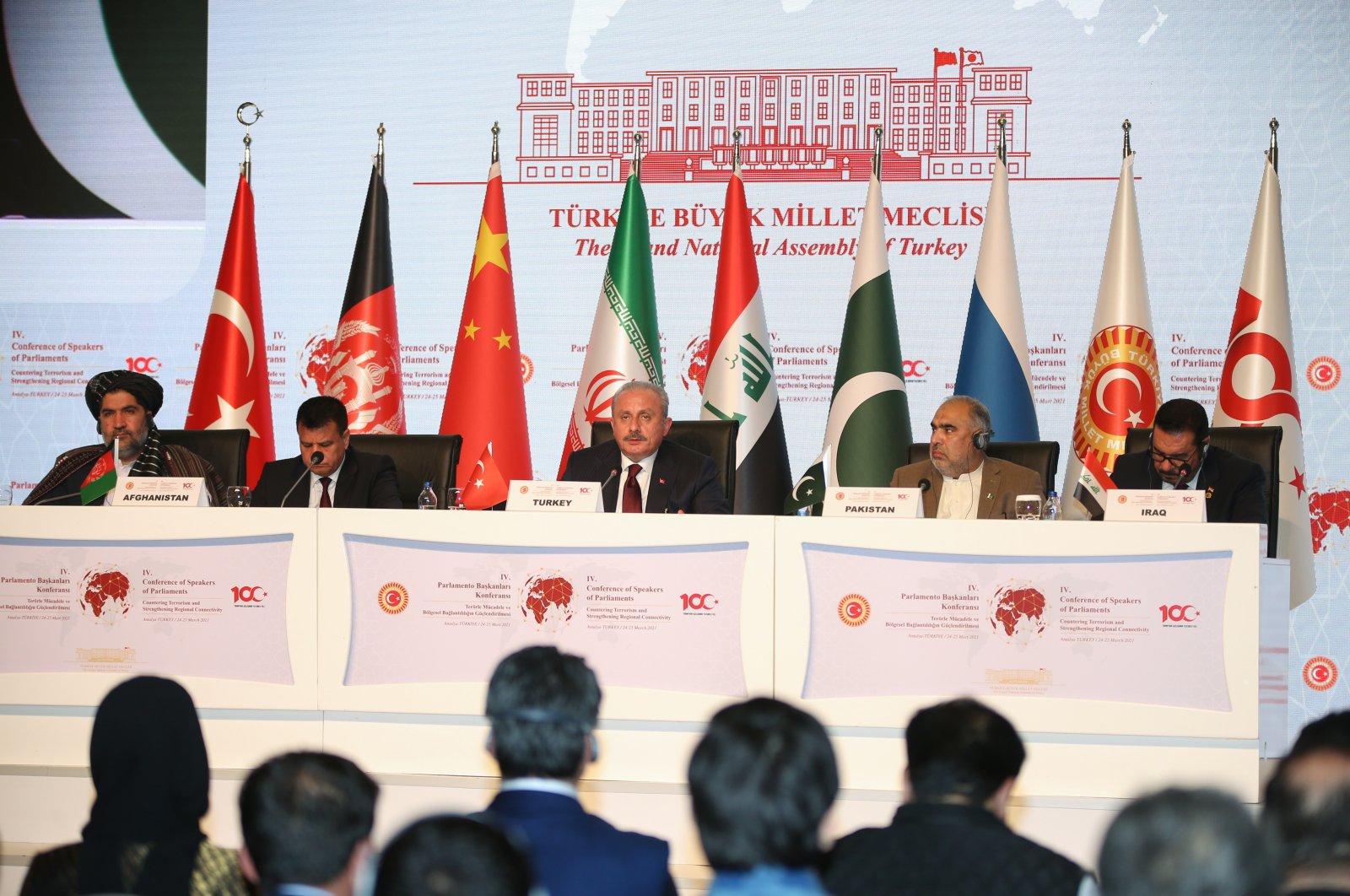 All unresolved disputes in the region must be resolved in line with United Nations Security Council (UNSC) resolutions, said a joint declaration by Turkey, Russia, China, Pakistan, Afghanistan, Iran and Iraq Thursday.

“We agree that all unresolved issues in the region, including the Jammu and Kashmir conflict, must be resolved in accordance with the relevant U.N. Security Council resolutions to ensure global and regional peace and stability,” said the declaration that was agreed unanimously by the parties.

“We recall the commitments of all states to the implementation of the U.N. General Assembly and Security Council resolutions on international terrorism. We stress that all states should avoid politicizing the work of the U.N. sanctions regime and organizations such as the Financial Action Task Force,” it said.

Touching on the COVID-19 pandemic, Şentop said that the parties highlighted the importance of consultations and nondiscriminatory treatment of vaccines developed or produced by different countries.

“Since no one is safe until everyone is safe, we emphasized the importance of fair and affordable access to vaccines for all of humanity, especially considering developing and least developed countries and vulnerable groups,” he said.

He said they appreciate the invaluable efforts of governments that have supported other countries to increase their capacities and skills in combating the pandemic, adding they also encourage governments to strengthen solidarity and cooperation to contain the pandemic.

Stating that terrorism is a common threat to the whole world and that it requires a comprehensive common strategy and strong international cooperation to fight, he said the participants of the meeting also take into account the link between terrorism and organized crime.

“We underline that terrorism cannot and should never be associated with any religion, nationality, civilization, culture or ethnic group,” he said, adding that they condemn any effort to ignore or legitimize terrorist organizations’ actions aimed at the unity and territorial integrity of countries.

Şentop added that the parliament speakers agreed to hold the next conference face-to-face in Russia in 2022.