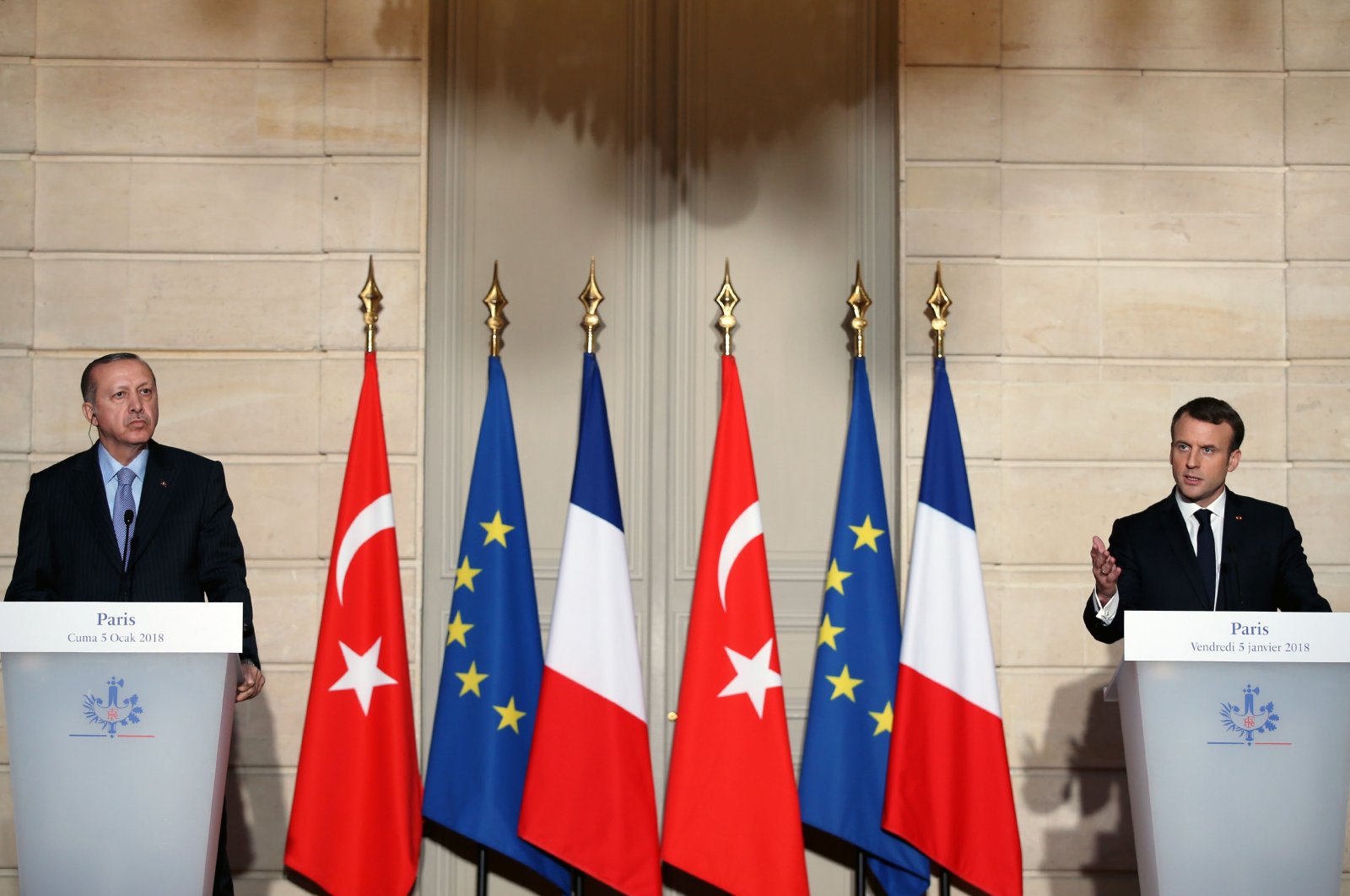 Turkey late Wednesday criticized recent statements by French President Emmanuel Macron for being “unjust” and “inconsistent” at a time when the two countries are trying to mend broken relations, underlining that such actions based on political aims threaten ethnic minorities, including the Turkish community, living in France.

The Foreign Ministry in a written statement said Macron’s remarks on the France 5 TV channel contradicted the friendship and alliance between the two countries.

The statement noted that Macron’s claims that Turkey would interfere in the upcoming elections in France are “dangerous” and alienating.

“In his response to the deliberate questions posed during the program, we find French President Macron’s statements contrary to the friendship and alliance relations between our countries, and thus unacceptable,” the ministry’s spokesperson Hami Aksoy said in the statement.

During the interview that aired on the France 5 TV channel on Tuesday, Macron claimed that Turkey was “attempting to interfere” in France’s next presidential election in 2022.

Aksoy stressed that the TV program was deliberately prepared ahead of this week’s EU summit in an attempt to erode the reality of European Turkey, but it is obvious that those attempts will not succeed.

Both with its regional policies and close bilateral ties with the member states, Turkey will continue to be effective on the European continent, with NATO and in trans-Atlantic relations, as well as providing the largest contributions, according to the statement.

Ankara said that Macron’s claims with “certain judgment” that Turkey would interfere in France’s presidential election next year are alienating ethnic minority communities living in the country and thus “dangerous.”

“Turkey doesn’t have any agenda on France’s domestic politics except the prosperity, peace and harmony of the Turkish community, with around 800,000 people living in the country,” Aksoy stressed, adding that Turkey also expects France not to make itself an item of domestic politics, especially at the times of elections.

“We think that those statements by Mr. Macron are unfortunate and inconsistent at a time we take steps to replace the tension in the relations between the two countries with calm and friendship,” Aksoy said.

He highlighted that “insincerity and inconsistency” were the basis of recent issues between Ankara and Paris.

“We reiterate once again that France’s positive and negative attitudes and rhetoric that it will display in this period will see retaliation by Turkey in the same way.”

After tumultuous years for bilateral relations, both Turkey and France have expressed their intentions to normalize ties in recent months. For this aim, Macron in January sent a letter to Erdoğan voicing his intentions to improve relations.

The two leaders also held a call earlier this month. Turkey and France can cooperate to fight terrorism and contribute to ensure peace, security and stability in the region, President Erdoğan told his French counterpart Macron in the video call.

Erdoğan also told Macron that dialogue between leaders has always played an important role in relations and that the two countries can take joint steps to fight terrorism.

Foreign Minister Mevlüt Çavuşoğlu also said that Turkey and France are working on a road map to normalize ties and talks are going well, adding Ankara was ready to improve ties with its NATO ally if Paris showed the same willingness.

Regarding two countries’ disagreements on regional issues, Aksoy also said that “Turkey pursues legitimate policies under international law in the issues of the Eastern Mediterranean, Syria and in Libya.”

Turkey’s new ambassador to France, Ali Onaner, on Thursday told CNN Turk that the tensions and disagreements between the two countries can also be related to Turkey’s lack of explaining itself. He added that in order to de-escalate these tensions, they will continue to explain the issues with patience and common sense.

In recent years, Ankara repeatedly traded barbs with Paris over policies in Syria, Libya, the Eastern Mediterranean and Nagorno-Karabakh, as well as over the publication of cartoons of the Prophet Muhammad in France.

The spat has risen to new levels in recent months as France has moved to crack down on some Muslim groups after several attacks on its soil.

Tensions also escalated between Ankara and Paris after French officials met with leaders of the PKK terror group’s Syrian branch YPG in 2018.

The two countries are also on opposing sides in Libya, where Ankara backed the U.N.-recognized Government of National Accord (GNA) in Tripoli against a 2019 offensive by putschist Gen. Khalifa Haftar. France is suspected of supporting Haftar, but officially insists it is neutral in the conflict.

Turkish officials have decried France’s interference in the Eastern Mediterranean dispute, given that it has no territory in the region. Paris has also accused Ankara’s navy of aggressive behavior after its French warship tried to inspect a Turkish vessel in June that it suspected was violating a U.N. arms embargo on Libya.