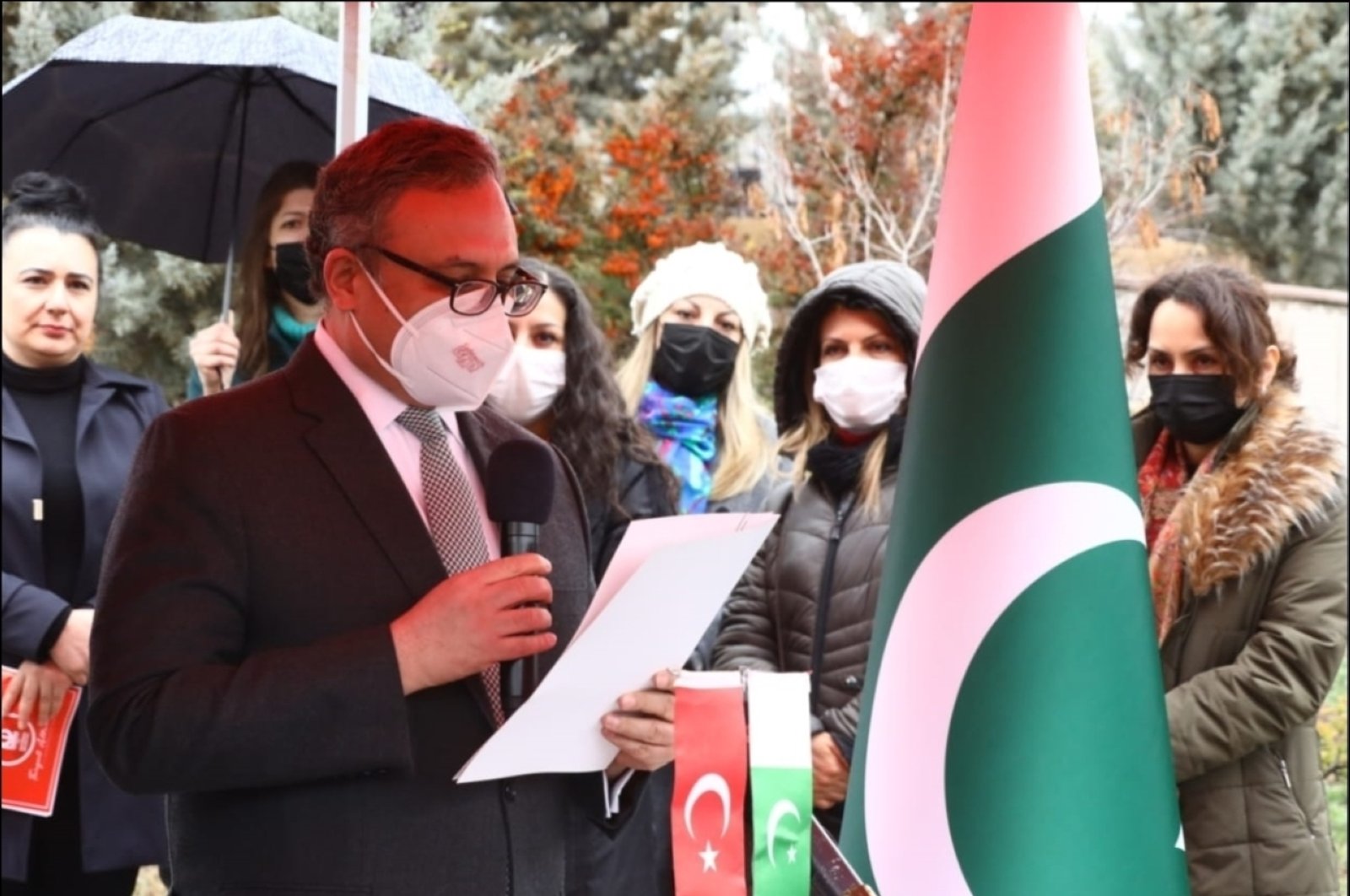 Pakistan National Day was celebrated with a ceremony at the Embassy of Pakistan in Ankara Tuesday.

At the ceremony, the Pakistan National Anthem was sung by the participants and the Pakistan flag was hoisted. Following a recitation from the Quran, the messages published by Pakistani President Arif Alvi and Pakistani Prime Minister Imran Khan on the occasion of the National Day were read. The program was considered a symbol of the Pakistan-Turkey brotherhood. All coronavirus rules were followed at the event including the wearing of masks and social distancing.

The Turkish Parliament speaker on Tuesday sent a letter to the heads of the Pakistani Parliament’s upper and lower houses to mark the country’s national day.

“The mutual will to develop these precious ties between our countries in a way that serves the common benefit of our rights is gratifying,” Mustafa Şentop said in the letter addressing Sadiq Sanjrani, chairperson of the Senate, and Asad Qaiser, speaker of the National Assembly.

“With these thoughts, I wish peace and prosperity to the friendly and brotherly people of Pakistan, and to you, the valuable members of the Pakistani National Assembly, and the Pakistani Senate,” the letter read.

March 23 marks the adoption of the Pakistan Resolution in 1940 at a summit of Muslim leaders in Lahore in which the subcontinent’s Muslim leaders set the agenda for a separate homeland for Muslims.

Seven years after the Pakistan Resolution was adopted, Pakistan became an independent and sovereign state on Aug. 14, 1947, under the leadership of Muhammad Ali Jinnah, popularly known as Quaid-e-Azam or the great leader.

The Peshawar Martyrdom Monument, which was built in memory of 144 civilians who lost their lives in the terrorist attack in Pakistan’s Peshawar carried out by the Taliban on Dec. 16, 2014, was inaugurated by Keçiören Municipality in Ankara.

Altınok condemned the attack and expressed his condolences to those who lost their lives.

“Our Flags consist of the same items, ‘crescent’ and ‘star.’ Indeed, our souls and hearts are the same. Pakistan is our brother country. If our brother cries, we cry, if our brother laughs, we laugh. Our heart is with Kashmir. There is a genocide in front of the eyes of the world.” he added.

Pakistan’s Ambassador to Ankara, Muhammed Syrus Sajjad Qazi, thanked those who contributed to the construction of the monument and those who participated in the program.

Recalling that they faced a terrorist attack in 2014, Qazi said, “Our military forces have defeated the terrorist organization, but nothing can make us forget our pain. I thank Mayor Altınok and his team on behalf of the Pakistani government and the people for this monument. Making the monument is another manifestation of the unique friendship and brotherhood between Pakistan and Turkey. May Pakistan-Turkey friendship last forever.”