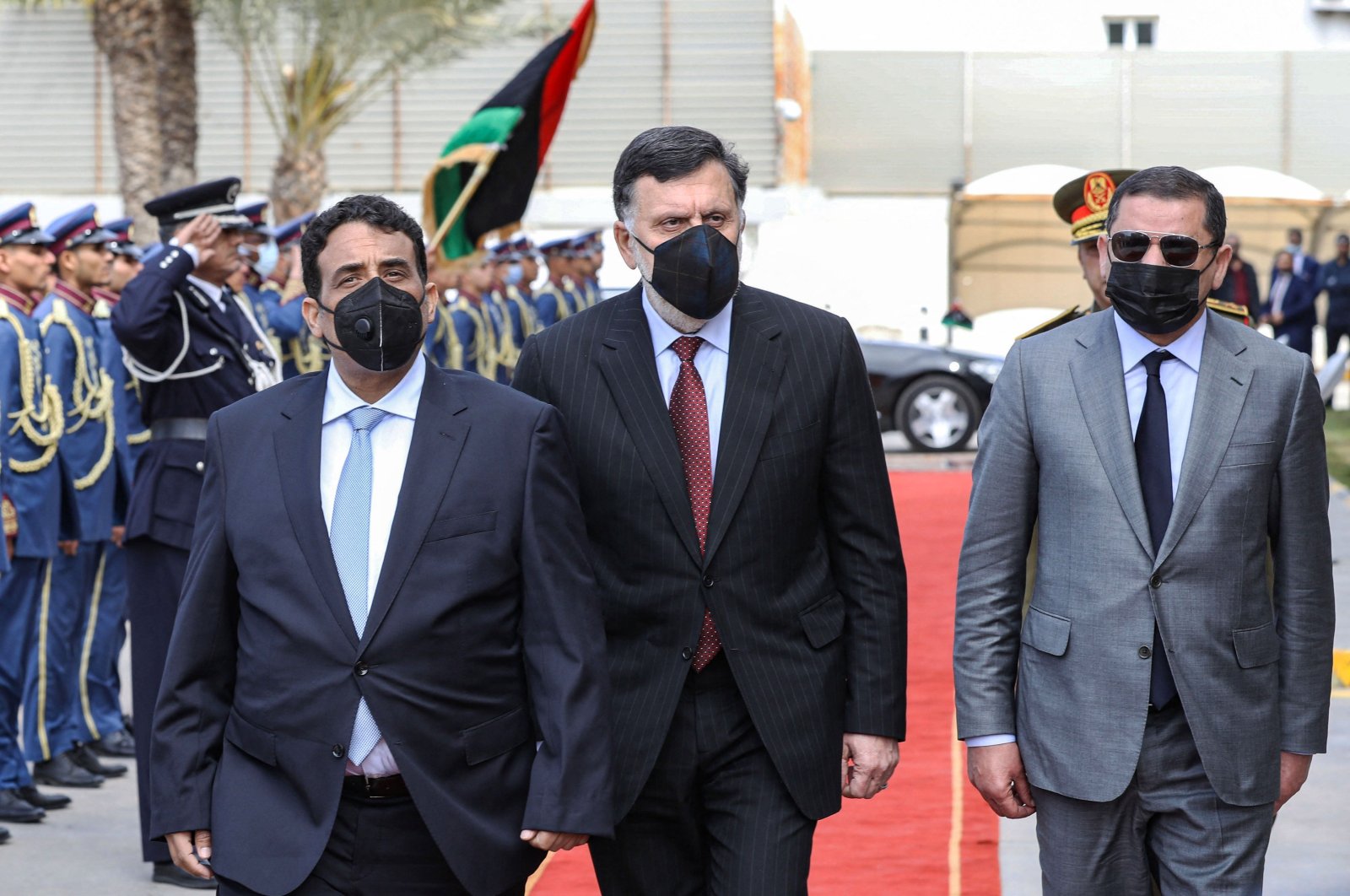 President Recep Tayyip Erdoğan congratulated the Libyan unity government, saying that the recent developments in the war-torn country have promised hope for a permanent solution.

The president held separate phone conversations with Mohammad Younes Menfi, the head of Libya’s Presidential Council and Prime Minister Abdul Hamid Dbeibah, according to a statement by the Turkish Presidential Communications Directorate.

Erdoğan highlighted that Turkey is ready to provide all the necessary support to ensure Libya’s sovereignty, independence, territorial integrity and political unity. He continued by saying that the two countries need to strengthen the already-solid mechanisms of bilateral cooperation and protect common achievements.

On Feb. 5, Libya’s rival political groups agreed in U.N.-mediated talks to form an interim unity government to lead the country to elections this December in which Dbeibah was designated as prime minister and to form a new government.

Libyans hope that this will end years of civil war that have engulfed the country since the ouster and killing of strongman Moammar Gadhafi in 2011.

The war was exacerbated when putschist Gen. Khalifa Haftar, supported by the United Arab Emirates, Egypt, Russia, and France, among others, carried out a military onslaught to topple the Tripoli-based internationally recognized government for control of the North African country.