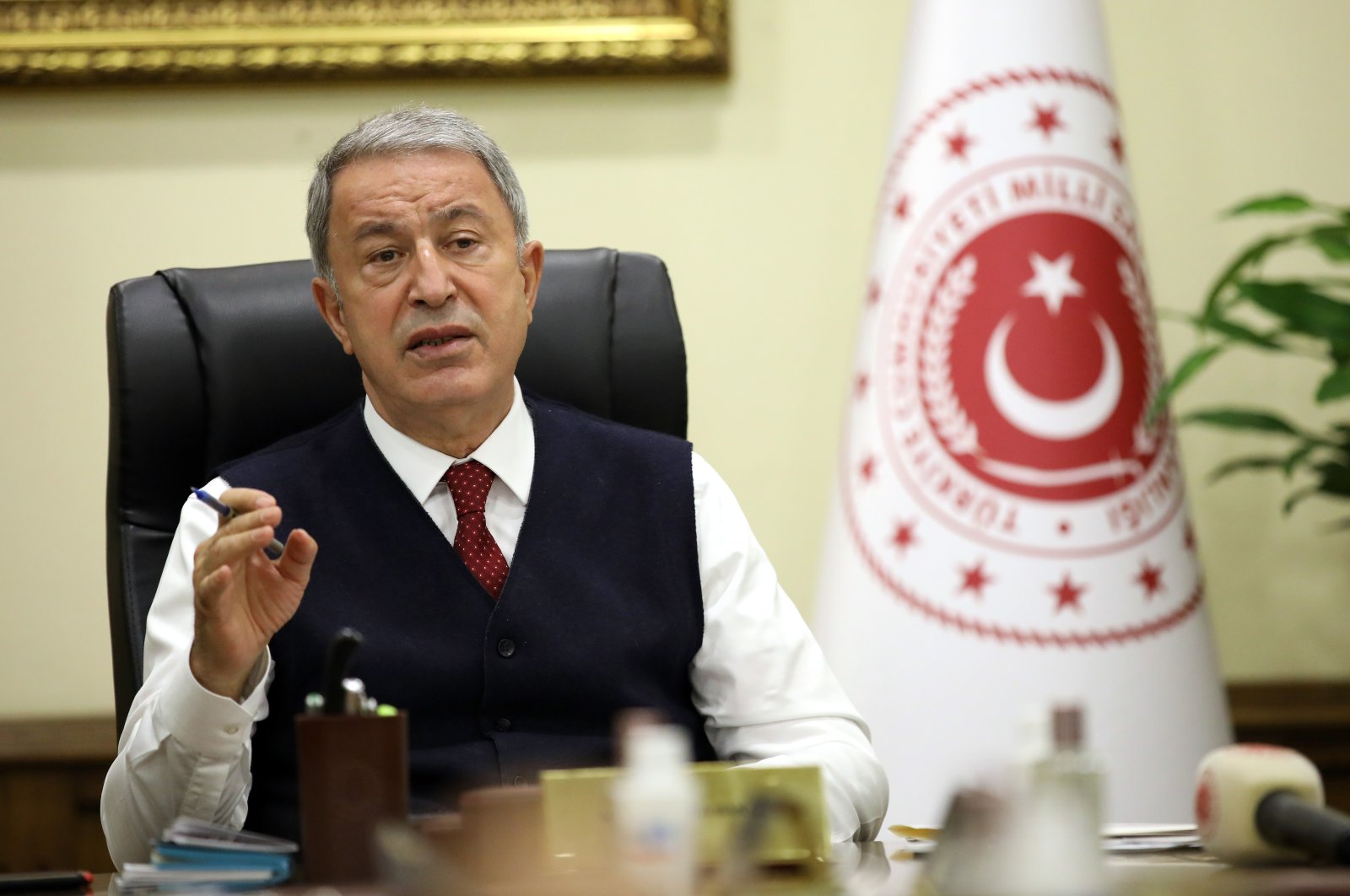 Organizing a videoconference with Turkish military commanders, Akar received information on the latest developments in the field.

“We would like to have well-established ties with all our neighbors, particularly Greece, including Egypt,” Akar said in the conference and added: “As always, we call on all parties for dialogue and to respect international law.”

Expressing that despite this welcoming rhetoric of Turkey, Greece insists on increasing the tension in the region, Akar said that such an attitude is a major obstacle in forming well-established ties.

“They assume that when they regard the subjects as if it is not between Turkey and Greece but instead Turkey and the EU or the U.S., they will gain some benefit. However, it is not possible for them to achieve anything by acting like this. We do not accept this,” he said.

Akar also underlined that Turkey is ready to discuss any topic that causes a problem between the two countries.

After a five-year pause and months of tensions over overlapping claims for energy resources in the Eastern Mediterranean and the Aegean last year, Greek and Turkish officials met in Istanbul on Jan. 25 to discuss the web of problems as part of exploratory talks.

The meeting in Istanbul ended after a few hours and the two countries, at odds over a number of decades-old issues including the extent of their continental shelves, have agreed to meet again in Athens.

Since 2002, the two countries have held dozens of rounds of talks to try to lay the groundwork for full negotiations for the issue. Obstacles remain, however, including what each side is willing to discuss.

The two NATO allies have been at odds over a number of decades-old issues, including the extent of their continental shelves, overflights in the Aegean Sea and the ethnically split island of Cyprus. Turkey, which has the longest continental coastline in the Eastern Mediterranean, has rejected maritime boundary claims made by EU members Greece and the Greek Cypriot administration, stressing that these excessive claims violate the sovereign rights of both Turkey and the Turkish Republic of Northern Cyprus (TRNC).

Turkish leaders have repeatedly stressed that Ankara is in favor of resolving outstanding problems in the region through international law, good neighborly relations, dialogue and negotiations. Instead of opting to solve problems with Ankara through dialogue, Athens has, on several occasions, refused to sit at the negotiating table and opted to rally Brussels to adopt a tougher stance against Turkey.