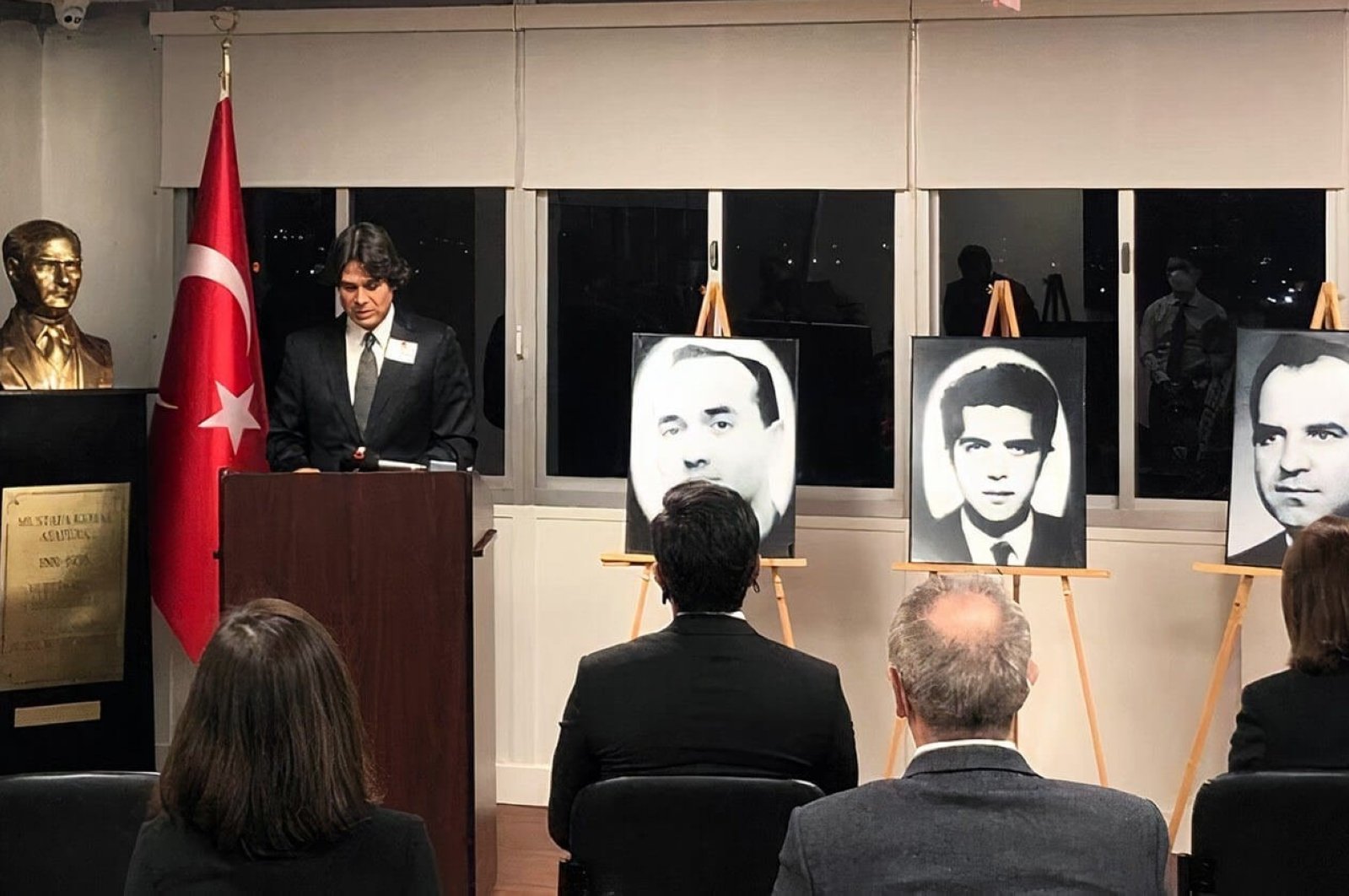 The Turkish Consulate in Los Angeles released the details of Armenian terrorist Hampig Sassounian’s assassination of Turkish Consul General Kemal Arıkan, as California Governor Gavin Newsom recently said he would not appeal the decision to release the terrorist.

In a series of tweets, the consulate shared public records detailing the grisly murder, which took place in broad daylight on Jan. 28, 1982.

“Arıkan was attacked at the intersection of Wilshire Blvd & Comstock Ave., a stone’s throw away from L.A. Country Club at 09:30 am,” the consulate said, adding that Arıkan was struck 7 times in the head, face, chest and leg.

“Sassounian and his accomplice fired a total of 15 rounds,” the statement added.

The consulate also referred to a press release by the Armenian Youth Federation (AYF) from October 1998 on the occasion of its 65th anniversary. The statement praised terrorist Sassounian and bragged about playing a role in his development as a youth.

“The most impressive part of the evening was the official candle-lighting ceremony which began with a pre-recorded telephone message from AYF alumnus Hampig Sassounian – who is serving a life sentence,” the press release said, adding that Sassounian highlighted AYF’s role in his development as a young Armenian.

“He praised the organization and the Armenian people and urged them to continue the struggle,” the statement added.

Previous judicial rulings to release Sassounian on parole were blocked by California’s governors, including incumbent Newsom who rejected his eligibility. However, Newsom reversed course, announcing he will not appeal the Los Angeles County Superior Court’s decision for Sassounian’s release.

Despite the attempts of the Turkish Government and U.S. Administration, this grave decision was not reversed. Governor Newsom’s feeble capitulation stands in stark contrast with policy of the U.S. that terrorists must receive the maximum justice.

The vast majority of the attacks on Turkish diplomats and citizens in the 1970s and 1980s were conducted by the Armenian Secret Army for the Liberation of Armenia (ASALA) and the Justice Commandos of the Armenian Genocide (JCAG), both designated terrorist groups in the U.S. and Turkey. Sassounian belonged to the JCAG.

The assassinations occurred across the globe, including in the U.S., Austria, France, Italy, Spain, Lebanon, Greece, Switzerland, the Netherlands, Canada, Portugal, Iran and the U.K.

Founded in 1975 in Beirut, Lebanon, during the Lebanese Civil War, ASALA is responsible for hundreds of bloody terrorist acts. While the Marxist-Leninist ASALA not only targeted Turkey but also other countries and became infamous for a 1975 bombing on the Beirut office of the World Council of Churches, the nationalistic JCAG has only targeted Turkey because it believed that attacking other countries would damage the so-called “Armenian struggle.”