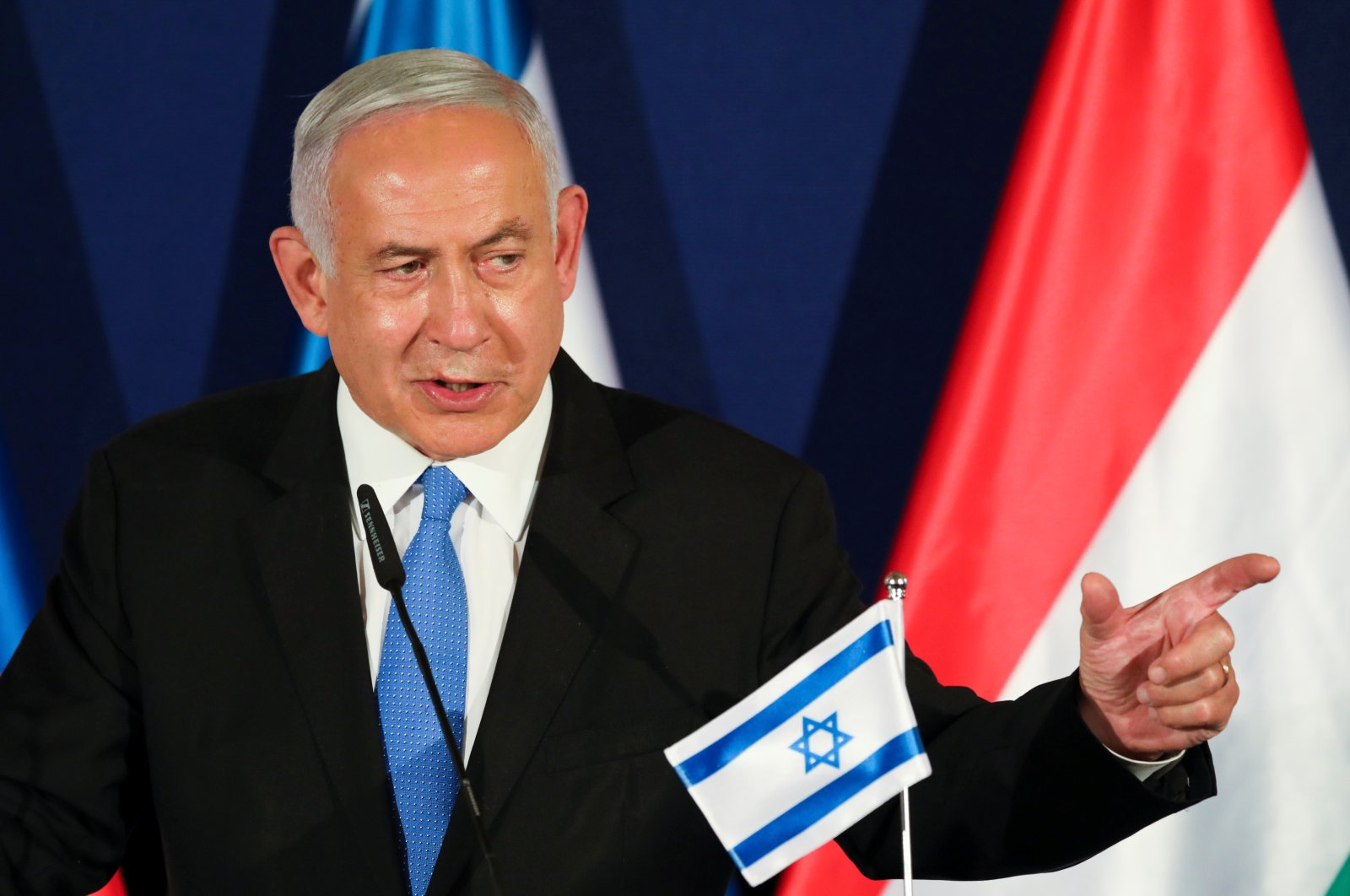 Israeli Prime Minister Benjamin Netanyahu said his government is in contact with several countries, including Turkey, about natural gas in the eastern Mediterranean Sea.

Netanyahu’s remarks are the first to be publicly announced about talks with Turkey and were made late Wednesday while addressing the Likud party in an electoral event in Bat Yam in central Israel.

He confirmed that Israel was also holding talks with Egypt, Greece and the Greek Cypriot administration and that discussions also tackled the issue of exporting gas to Europe.

Israel will hold general elections on March 23, which will decide Netanyahu’s political future amid intense competition between rival parties.

Underlining the importance of the underwater pipeline, which he asserted would be the longest and deepest in the world, Steinitz said he hoped the project would be completed in five years. He also said Israel had previously held talks about exporting gas to Turkey, though this is yet to produce results. He also expressed hope that Ankara could join the Eastern Mediterranean Gas Forum in the future.

Steinitz arrived in the Greek Cypriot administration on Monday and attended the signing ceremony of an agreement to link the electricity grids of the two countries, as well as Greece.

EastMed is a 1,900-kilometer (1,180-mile) natural gas pipeline project extending from Israel to Greece and then on to Italy. Critics have said it will not be possible to fill the pipeline with the current known gas reserves off Israel’s Eastern Mediterranean coast and that even if Egypt is added to the project, the project’s feasibility banks on potential new discoveries of reserves in the region.

Despite rapprochement signals with Turkey, Israel continues to deepen its ties with Greece and the Greek Cypriot administration at the same time.

The Israeli military said Friday that it has conducted a joint naval exercise with Greece and Greek Cypriot administration.

It said the “Noble Dina” exercise, which was led by Israel and also included France, covered “anti-submarine procedures, search and rescue scenarios, and a scenario simulating battle between ships.” The exercise was concluded on Thursday.

“Over the past week, the navy led a large-scale exercise in which it implemented capabilities in underwater warfare, search and rescue, convoy escort and surface combat,” Rear Admiral Eyal Harel, the head of Israeli naval operations, said.

“These exercises are of paramount importance in strengthening the navy’s connection with foreign fleets who share common interests,” he added.

Israel, Greece and Greek Cyprus have taken a number of steps in recent months to cement ties, including advancing plans to build a 2,000-megawatt undersea electricity cable. The three countries’ defense ministers met in November and agreed to increase military cooperation.

Greece and neighboring Turkey are at odds over sea boundaries and mineral rights in the Aegean Sea and the Eastern Mediterranean, causing a tense naval buildup in the region last year.

Relations between Turkey and Israel drastically declined in 2010 following an Israeli naval raid on a Turkish aid ship, the Mavi Marmara, en route to deliver humanitarian aid to the blockaded Gaza Strip. The raid killed 10 activists.

The event caused an unprecedented crisis in the decadeslong peaceful Turkish-Israeli relations. Both countries even recalled their diplomatic envoys following the massacre.

In 2013, with Netanyahu’s apology to Turkey and the payment of $20 million (about TL 38 million at the time) in compensation to the Mavi Marmara victims, Turkish-Israeli relations entered a period of normalization.

In December 2016, both countries reappointed ambassadors as part of the reconciliation deal and reiterated several times the necessity of further improvements in bilateral relations.

Turkish officials continue to criticize Israel’s policies targeting Palestinians, however, including illegal settlements in the occupied West Bank and Jerusalem and the humanitarian situation in Gaza.

Turkish citizens have also been complaining about Israel’s arbitrary restrictions on visits. However, Israel’s informal policy of deportation, visa rejection, arbitrary detention and delay of Turkish nationals for no reason at airports has failed to discourage hundreds of visitors each year.