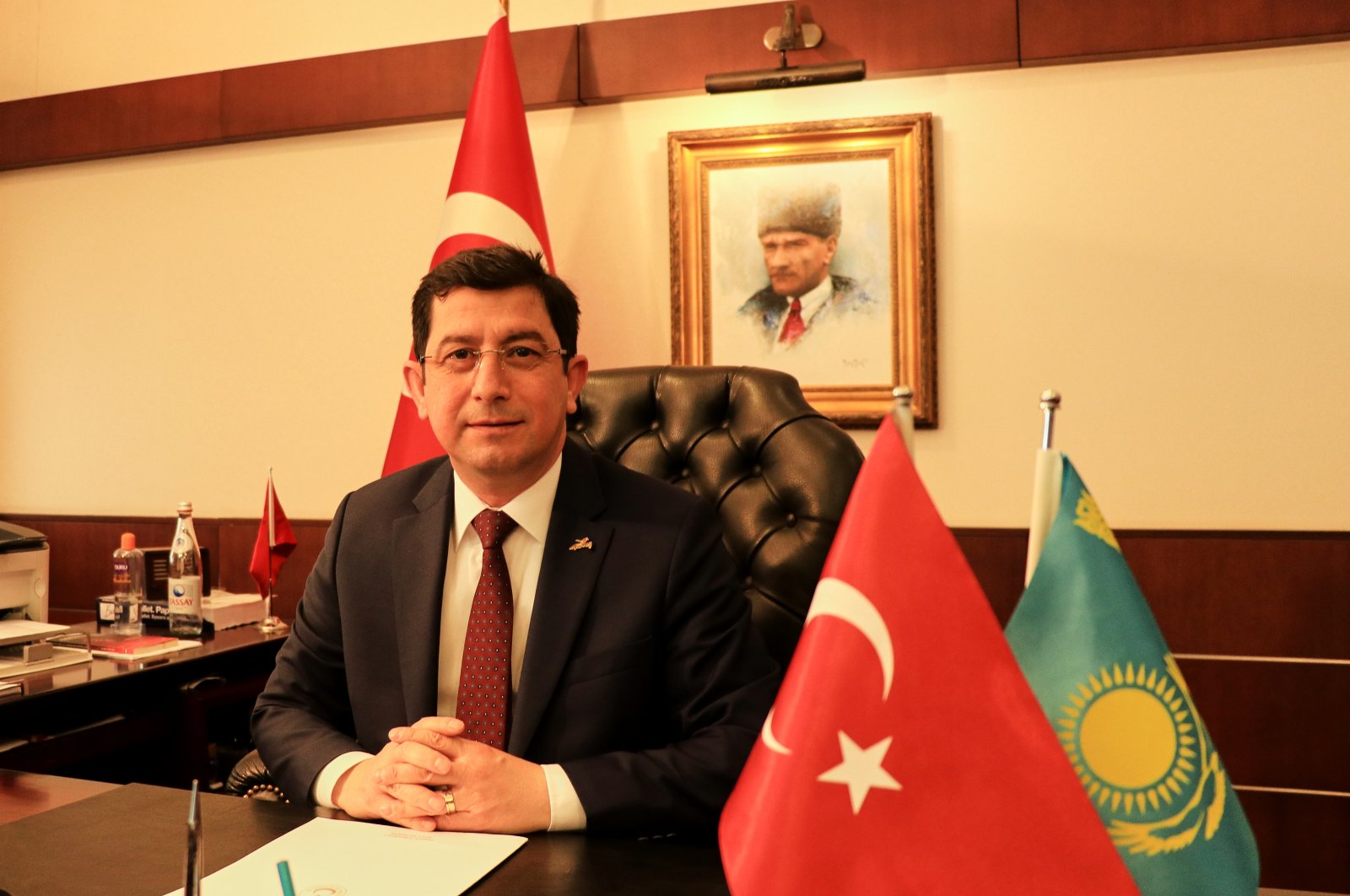 Turkey and Kazakhstan celebrated the 29th anniversary of diplomatic relations on Tuesday.

Turkish Ambassador to Nur Sultan, Ufuk Ekici, said that Turkey-Kazakhstan relations’ legal frame is stronger ever than before.

Speaking to an Anadolu Agency (AA), Ambassador Ekici said that diplomatic ties between Turkey and Kazakhstan can be traced back to 1992, and cordial relations between the two countries have significantly improved since then.

He added that Turkey has been among the first countries to recognize the sovereignty of Kazakhstan after the collapse of the Soviet Union and that Ankara welcomed Kazakhstan’s Independence Day with great enthusiasm and jubilance.

During his commemoratory speech, Ekici stressed that “Since the beginning, the common historical, cultural and spiritual ties between the countries have provided a solid foundation for the rapid development of our relations in all areas.”

In 2009, Turkey and Kazakhstan signed a “Strategic Partnership Agreement” which resulted in Turkey becoming one of the most important political and economic partners of Kazakhstan in the region.

Bilateral relations between the two countries include multifarious aspects such as trade, investment, culture, tourism, health, education and military issues are among the wide range of significant levels they developed on the basis of mutual benefit.

Turkey’s energy sector has significantly contributed to the economy of Kazakhstan to an extent that it became one of the biggest investors in the country. “The total amount of investments made in Kazakhstan from Turkey has reached $3.2 billion. Despite the coronavirus outbreak, the bilateral trade volume exceeded $3 billion. Our common goal is to increase this figure to $5 billion in the first stage and then to $10 billion,” Ambassador Ekici pointed out.

Emphasizing that relations in the field of education have also developed within the framework of close cooperation, Ekici stated that “Each year an enormous number of Kazakh students go to Turkey to attend higher education. Turkey offers a huge number of scholarship package to our Kazakh brothers who are willing to pursue their education in Turkey. So far, more than 4,000 Kazakh students have studied in Turkey under this scholarship program. This intense interest in the educational opportunities of our country makes us happy.”

He added that there are extensive cooperation opportunities between the two countries in the fields of the defense industry, tourism and space.

“When we list the first examples that come to mind, it is obvious that we have achieved an important momentum in all these areas of our cooperation. Although we have been separated from each other for some periods due to geographical and historical reasons, fortunately, today we are rediscovering each other, our brotherhood and our common history.” Ekici said.

Turkey is planning to start a new decade of relations between the two countries.

“In the next 10 years, high-tech, aerospace and satellite production, relations of digitization and e-government between Kazakhstan Turkey can be improved to new levels,” he concluded.