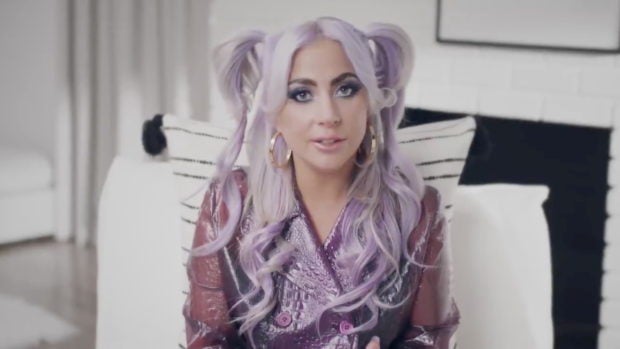 Lady Gaga delivers a video message to the Japanese people, on the 10th anniversary of an earthquake and tsunami that struck Japan, in this still image obtained from a video posted on her Twitter page. Image: Twitter/Lady Gaga via Reuters

Lady Gaga sent a message of support to Japan on the 10th anniversary of its massive earthquake and tsunami, saying the resilience of its people offers hope in the global fight against the coronavirus pandemic.

“Through the years, seeing and hearing about the vast recovery of your beautiful cities, I have so much respect to the people of Japan for your strength, kindness and love for each other,” the American singer-songwriter and actress said in a video posted on her Twitter account.

“It gives hope to the people now that are fighting through the COVID pandemic all around the world.”

A 9.0-magnitude quake, one of the strongest on record, and tsunami hit northeastern Japan on March 11, 2011, claiming nearly 20,000 victims, destroying towns and triggering nuclear meltdowns in Fukushima, the world’s worst nuclear disaster since Chernobyl.

“It seems like yesterday that I was watching the shocking footage of the devastating earthquake and tsunami on the news and thinking, what can I do to help,” Lady Gaga said.

Following the disaster, the singer contributed a song to the “Songs for Japan” charity album and $1.5 million to relief funds from the sales of a wristband on her website. She also performed at a benefit show for the Japanese Red Cross.

“I can also imagine there are still many people fighting through the pain, emotionally and mentally. So let’s all continue to support each other, be kind to each other and love each other,” Lady Gaga said.

She ended her message with the words “I love you” in Japanese. JB